In the world of drone photography, it’s hard to remember that there are players in the market that aren’t DJI. But maybe you are in the mood for something different. Maybe you’re just starting out. It might be worth it, in that case, to check out a few other options.

From Tech Square on YouTube comes a list of five “mini” drones that go from the insanely low-priced (the Potensic AW30 drone at $60) to probably-should-have-bought-a-DJI (the Power Vision PowerEgg X Explorer AI Camera & Drone) and everything in between.

That said, a lot of these models can provide a few tricks that DJI can’t. The aforementioned PowerEgg can function as a handheld camera on a gimbal or a drone, stealing a page from the GoPro Karma. One can only hope that Power Vision didn’t also steal that drone’s tendency to fall out of the sky. On the other hand, many cheaper drones simply don’t have the capacity for all the nanny functions of DJI drones.

In 2021, all but the cheapest of these drones give you 4K. The Holy Stony HS510 bills itself as a first-person-view (FPV) drone, but that seems doubtful at this price point.

The high point of the video is, of course, the stellar DJI Mini 2. Let’s be frank here: DJI didn’t get to be the top drone manufacturer by making terrible drones. I own two DJI models (the original Mavic Mini and Mavic Air), and they are reliable machines that take quality images and can stay in the air for a pretty long time, about 30 minutes for the original and the new Mini models. That’s impressive, especially for first-generation products.

Unless you’re looking for the bargain basement here (the Potensic, of which the video from it presented here doesn’t seem to match what other reviewers have gotten, which is much worse), it’s probably worth jumping to the end to see what the deal is with the Mini 2.

And if the Mini 2 is out of your price range, there’s always the rebranded original Mavic Mini, the Mini SE, which is a steal at $300. That said, there are people out there who drive Saabs when a Toyota or Ford will probably work better, so maybe a non-DJI flavor might be a better fit for you.

Do you have any good drone suggestions that aren’t on this list? Leave your thoughts in the comments below. 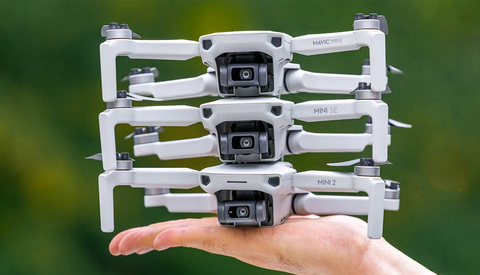 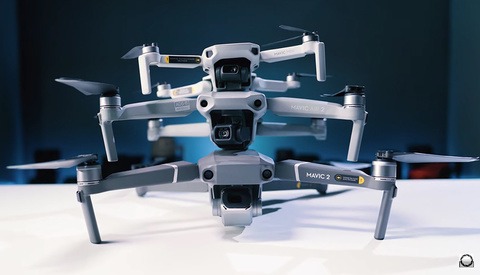