A little over a year ago and after much success with their 150-600mm lenses, Sigma began selling an ultra-zoom 60-600mm f/4.5-6.3 DG OS HSM Sports lens offered in Canon EF, Nikon F, and Sigma SA mounts. I went with option D and adapted it to Sony FE.

The Sigma 60-600mm f/4.5-6.3 DG OS HSM Sports lens has a wild 10x zoom range that goes from a standard field of view, to a “portrait” telephoto, to a “sports” range telephoto, to a super-telephoto. It’s really impressive to me that not only was this product imagined and created, but it’s very similar in weight and form factor to the Sigma 150-600mm Sports, yet adds nearly 100mm more focal range at the wide end.

For this review, I adapted the Canon EF mount version of this lens onto my Sony a7R IV using the Sigma MC-11 mount converter.

Having already owned the Sigma MC-11 EF-to-FE mount converter for temporarily adapting my Canon 500mm f/4L IS USM and Canon 100-400mm f/4.5-5.6L IS II USM as I transitioned over to Sony cameras, I had previous experience in both using the adapter and using the adapter for telephoto lenses. After reviewing the 60-600mm and now using these three adapted lenses in total, it’s quite clear to me the similarities they all share.

In a way, the good news is that it’s easier just to talk about the couple bad things because for everything else, there’s really no noticeable difference I could see. So what should those who are looking to adapt be aware of?

First, while the autofocus performance is generally comparable to no adapter, one thing I noticed across the board are hiccups in dramatic sweeps of focus changes. Going from near focus to infinity, or infinity and back again would cause the two Canon lenses to just give up. Instead I would either need to manually focus to assist it going from one end to the other, or I could incrementally focus on things between the two distances to get there. With the Sigma 60-600mm, it could autofocus through a great change in focus distance but it was slow to do so.

Second, the MC-11 itself is a weak link to otherwise durable products. There is no rubber seal at the mount for weatherproofing, and with an adapter I’m essentially doubling the chances of problems in this area. I’ve also noticed that the MC-11 has developed some wiggle as time goes on. I’m guessing this comes from anything on the lens that places rotational stress on the converter such as turning the zoom ring or focus ring, or rotating the lens within in the tripod collar.

Overall, bringing these Canon EF-mount telephoto lenses over to Sony with the MC-11 was much less of a compromise than I thought it would be. I was expecting constant autofocus issues or weird buggy glitches that needed me to unmount and remount the camera and lens regularly. Maybe some people have experienced those things in previous firmware versions or still do today, but in my own tested experience over a couple months it wasn’t the case. 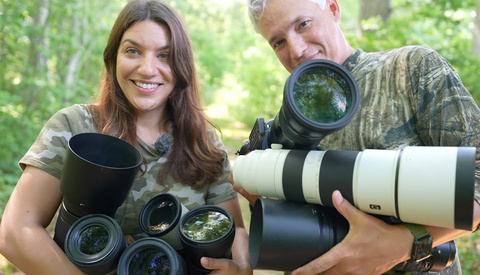 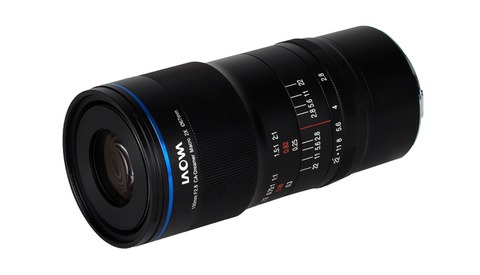 I find it interesting that you said so little about ..... yup, you guessed it - sharpness.

I can find ways to work around the other shortcomings a lens may have. But if a lens isn't pixel-peeping sharp, then there is nothing I can do to get the kind of hair and feather detail I am l looking for.

Of course, any modern lens will be sharp enough for the images to look good when presented on the internet. But if we want to make huge prints or submit our images to stock agencies with super picky review processes, then we need the utmost in sharpness, not just "acceptably sharp".

So I guess I'd like to know how this lens stacks up to its much more expensive counterparts. Getting a 10x range - all the way from 60mm to 600mm - is truly incredible! But of course we all fear that maybe we will have to make some compromises in order to get that much range. And the exact extent of those compromises is what interests us most.

well as u can tell by looking at the photos the sharpness is there; tamron and sigma have stepped up their game to the point that a person having to be a diehard canon or nikon or sony fanboy is all but gone except for the few old heads that just cant accept change

I can't tell about critical sharpness when viewing images on the web. Many of my images look perfectly sharp when I view them at "regular" size, but only when I am able to view the full size file on my high resolution monitor am I able to tell if it is really sharp enough or not.

This is not a matter of me being a fanboy of any particular brand. In fact, my main lens is the Sigma 300-800mm, which is sharp enough for my standards at all points within the focal length range when stopped down to f7.1 or higher ..... but even though I love that lens, I will admit that it isn't always sharp enough when shot wide open at f5.6 The difference may seem insignificant to you, but it is enormous to me; enough at times to keep me from shooting at f5.6, even when I really need to. I'd rather have no photos at all than photos that aren't quite sharp enough.

Yay, comments are back online and fstoppers is no longer crashing. The most valuable piece of information which Ryan provided is his experience with the MC-11, long Canon lenses (I think he said the 500 is ii?), and the a7Riv. He noted that the lens won’t rack af but if one gets it most of the way there it will af and track correctly. I’ve observed the same thing, thought my lens or the adapter was on the fritz and finally stopped worrying. This weekend I was grateful for my 500+1.4xtc for a rare capture when my 200-600 which is neither reliable or accurate on the a7riv was too short. The combination nailed the shot brilliantly and in perfect focus. Thanks Ryan as I couldn’t find this information anywhere. Besides, who has $14k for a Sony 600 + 1.4 tc when my standby Canon 500 f4 is ii now worth about $5k shines? Now if I could only figure out why the 200-600 is so wonky on this body...

Ryan where was that bison photographed and can I come with you next time? Haha