When people in the movie-viewing world think of sharks, the 1975 hit movie “Jaws” often comes to mind. Who could forget its ominous theme song or that menacing movie poster of a massive great white shark about to consume a swimmer?

Over four decades later, it's evident that many people still remember these cinematic benchmarks. When British expat photographer Euan Rannachan recently snapped this photo, he was a mere 35 feet away, safely submerged in a shark cage. Actually, it was his aim (and the long-term goal of one buddy on the excursion) to capture such a “Jaws” image, challenging as a fleeting real one would be. Click here for the full story.

According to an article by the New York Post, the original painting of the Jaws cover was created by artist Roger Kastel. Kastel was commissioned for the artwork in 1975, at which point he headed to the American Museum of Natural History and snapped photos of a taxidermy shark that was waiting to be cleaned.  It was off those images that the painter fashioned the cover art. 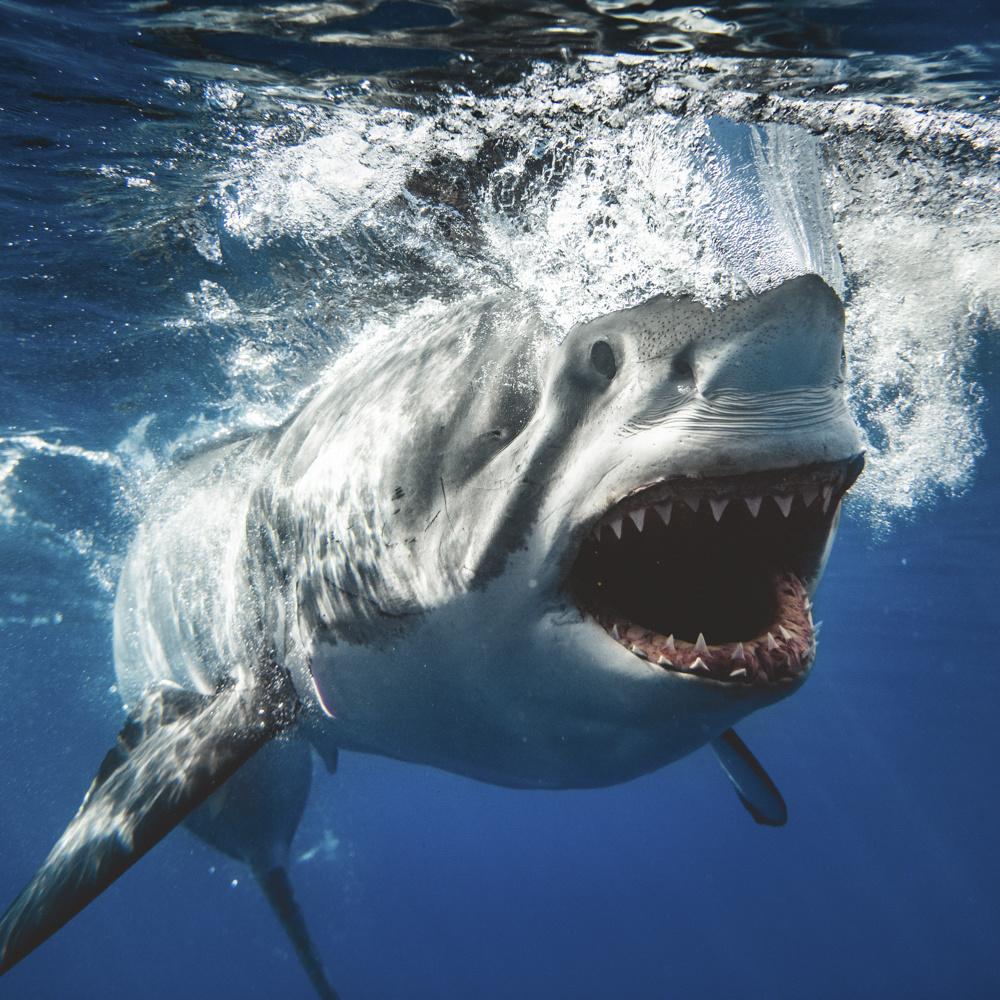 The original artwork wasn't based off an actual photograph, meaning it's entirely possible that Rannachan's recent snap might be the closest an actual photograph has come to Jaws' famous book cover/movie poster. That's one feat that takes a bit of courage to conquer!

Those with an interest in shark photography can read this recent post on Fstoppers.

Images courtesy of, and used with the permission of, Euan Rannachan.

Posted In:
Animal
Nature
via:
The Sun
14 Comments 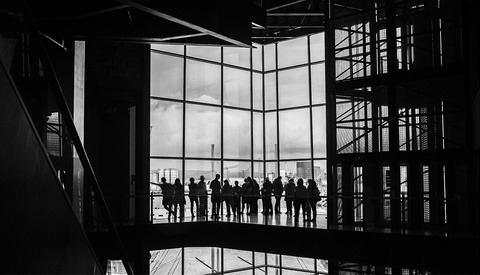 Post Production / January 18, 2020
Is It Possible to Get out of an Editing Block?

nice capture, I still like the original. if it aint broke.

The original is not a photo.

still looks better. that photo looks like the underside of a mans .....

Thanks, will fix that.

The great white is a magnificent animal. A frightening looking creature, but we are the real killer in the seas. Peter Benchley came to regret the carnage wreaked on sharks after the movie.

Still a great photo that took a lot of persistence to get. Who spends that much time for one photo?

I find it awfully arrogant that humans call these creatures monsters & completely exaggerate their danger to humans yet we kill, either directly or indirectly, over 100 million of them annually.

I know it is a bit of a cliché, but it ain't difficult to see who the real monster in that relationship is.

It's pretty cool how well the painting and the photo match up.

They sure did a bad job on the teeth now that I look at the original. All crooked with big gaps and sized wrong. Movie still scared the crap out of me when I was 7 years old. I wouldn't even swim in a lake.

It looks like the painting even has extra sets of teeth behind a first row? I know nothing about shark anatomy, but I wonder if this was done to exaggerate its look.

Sharks have multiple rows of teeth, which they rotate if they lose or shed one. I have still yet to get close enough to check in person.

Thanks for clearing that up. I think I'll leave it to others to check that one up-close! :)

LOL, It's getting air time! It was just shown on Lou Dobbs Tonight on FOX News. 7:22 pm PDT,