Adobe surprised everyone with a Photoshop for iPad announcement when they said it was "full Photoshop." Creatives were elated, but then later disappointed when that apparently meant the algorithms were the same as on desktop (good news), but the features were not (not so good). Major features such as Curves were not even available at launch, but today, at least some of that has changed.

To be fair, Adobe has to ride a fine line of giving its customers access to the latest and greatest and also holding back on releases until a certain level of completion, if you will, is present within a new application. If they release a new product too early, they risk users being upset by the lack of features within that product — customers who may very well be alienated after being put off by various omissions in the product. In reality, those aren't exactly omissions, but rather features that are likely always being planned for the future. But release too late, and Adobe's customers feel the product lineup beginning to go stale. And the later they release a product (with complete features or not), the longer Adobe's users have to wait until they can use the features that are in fact ready.

Of course, Adobe's latest subscription model switch in the last few years has only added to this pressure. This is evident in the rise of a number of competitors that offer perpetual software licenses the way Adobe used to, where you pay one time for an application, and then again (sometimes at a reduced price) for upgrades in the future without having to pay monthly. Generally speaking, these business models result in a lower long-term cost for perpetual licenses and a lower short-term cost for the subscription licenses. And now, with the higher long-term cost of Adobe's subscription-only options, its customers expect quite a bit more of the company (to a large degree, rightly so). 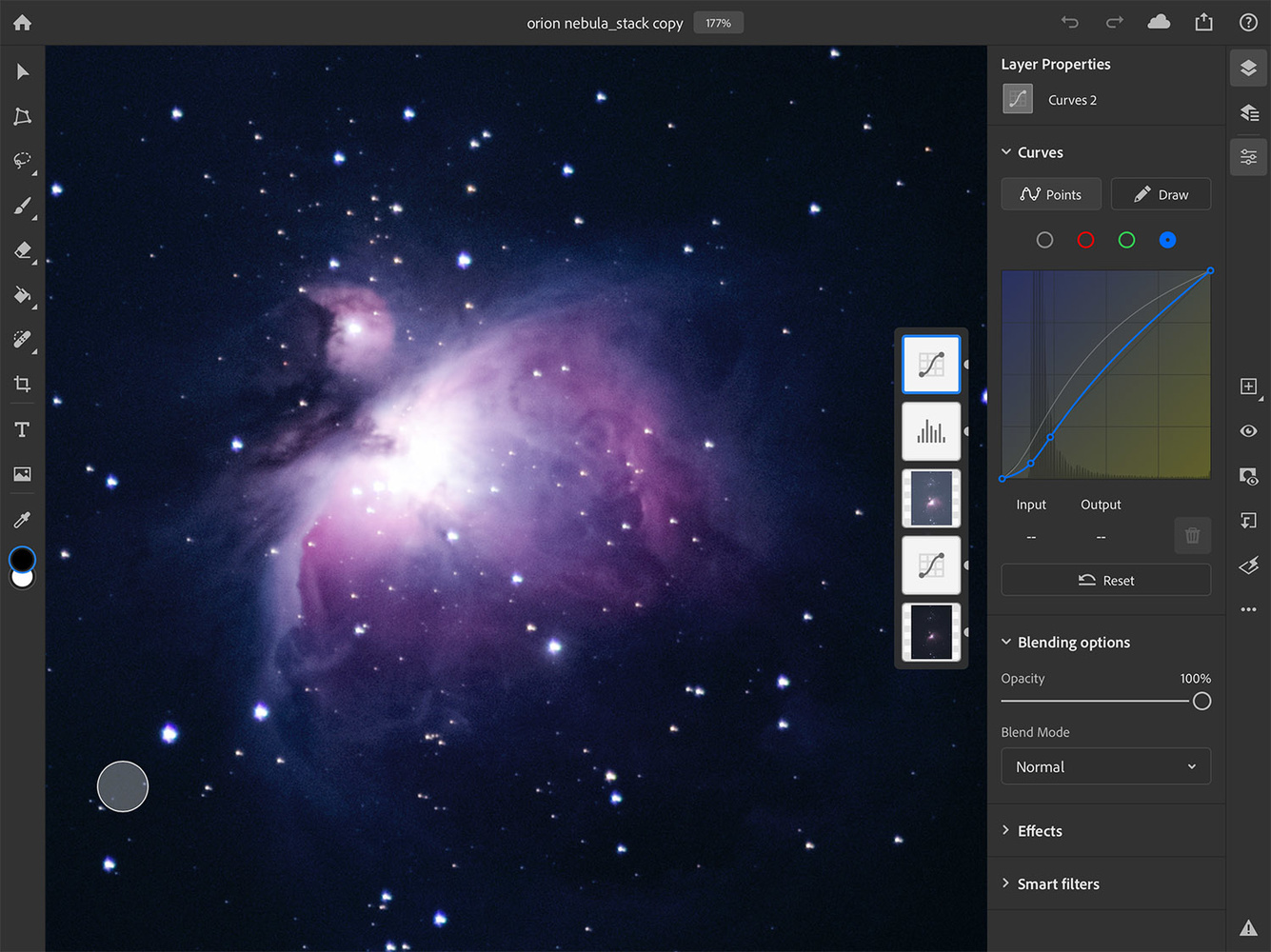 One right move on Adobe's part, at least, as been to include Photoshop for iPad in a package with any subscription that already includes Photoshop on the desktop. Thankfully, that means anyone likely to use already be using Photoshop now has the iPad version (complete or not) for no additional cost to them. And today, that fact offers more value with Adobe bringing Curves to Photoshop for iPad. 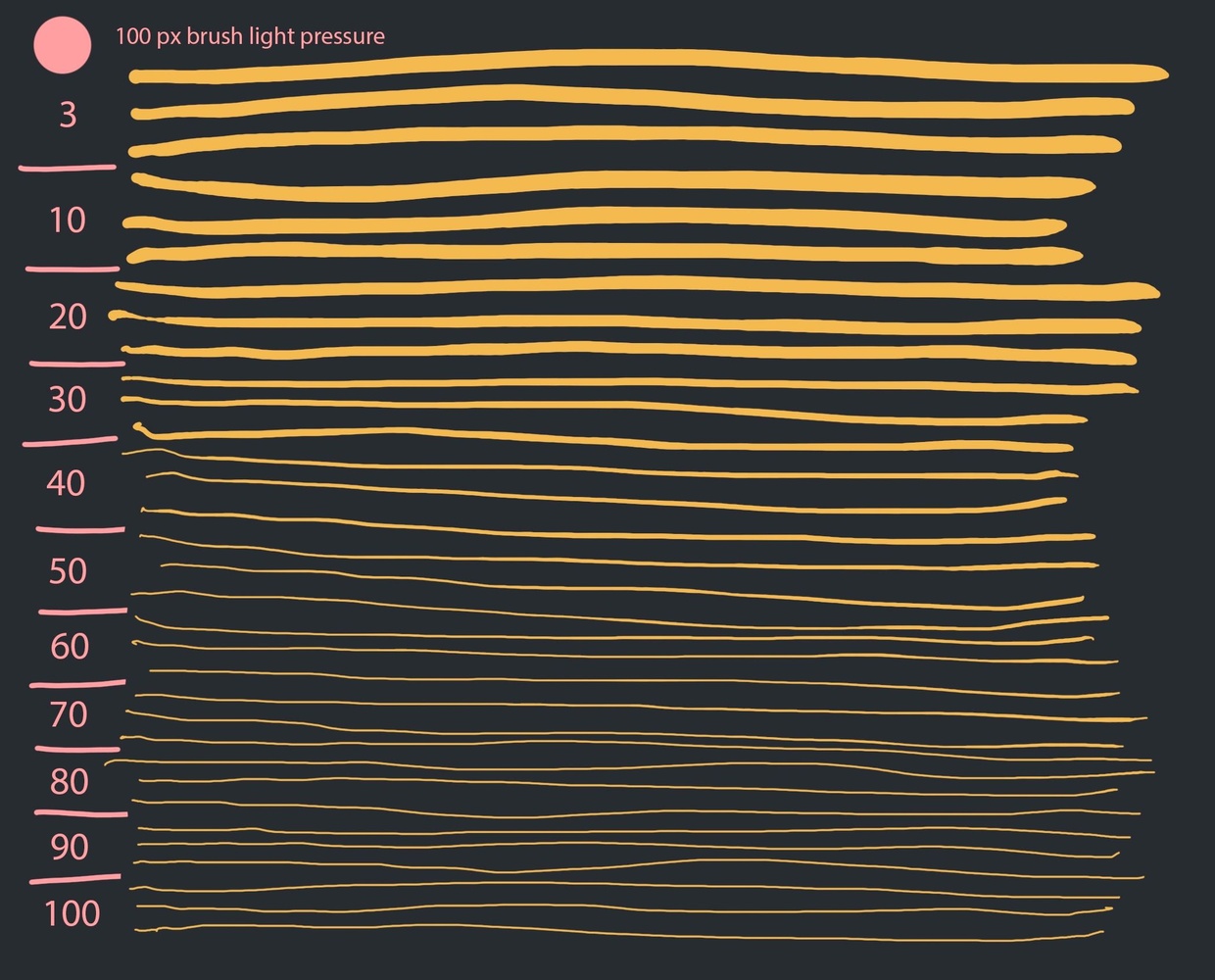 In a welcome move for editors used to the creature comforts of something like a Wacom tablet, Apple Pencil pressure sensitivity is also now offered in Photoshop for iPad, making the application that much more useful on the go when your Wacom isn't handy. 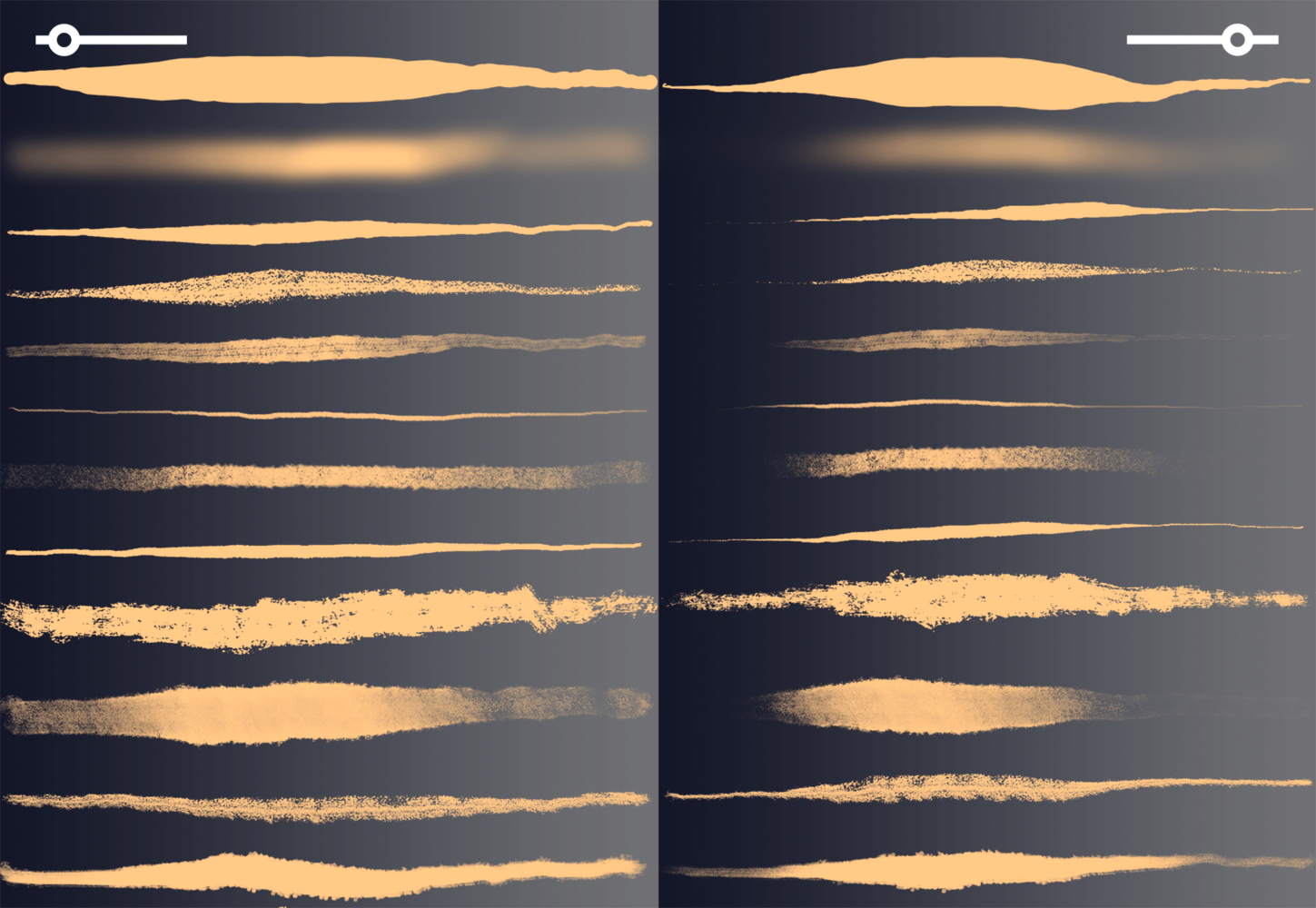 Today's Photoshop for iPad updates are available immediately through the App Store. There is currently no way to get the application separately for a lower price, but it is included with other Creative Cloud subscriptions that include the standard Photoshop CC.

The two thing that I need are Channels and Actions with droplets. Actions is the one thing that keeps me with Photoshop rather than the competition.

That's a really good point. Even if you can't create them on iPad, it would make sense to be able to export them to the iPad. Imagine a dream scenario where you could export an action "for Photoshop on iPad" specifically, where it would save possible steps even from edits not yet available in Photoshop on iPad within the action itself (the necessary algorithms, etc., would all be self-contained in the action when exported this way). Would create a bigger action file, but would be an interesting way to bridge the feature gap for power users until they can get 100% of Photoshop on iPad (someone with better app development knowledge than what I have is laughing at me right now, I know...but let me dream!).

They promised us the ability to do that and they haven’t come close to a “full” version.

Whoever they have in charge of this product is a complete imbecile.

Well, I suppose that's a part of the balance Adobe has to strike between releasing SOME features early or none at all until it's 100% full-featured. They could have not released any of it yet and held off for another year or two. But I think at least some people are likely getting a little use out of Photoshop on iPad for the time being. And the rest of us can enjoy those features when they come...

The level of entitlement required to post such an extreme remark seems a bit more than anyone should have.

I worked on the beta for three months and saw how bad it was from the developers themselves.

Don’t be mad because others may speak their minds with their real name attached not fearing ignorant comments from those who hide their identity.

Oh yeah, you must totally be super brave and I'm the one who's being mad. You aren't just a bombastically egotistical and antisocial or anything...

Glad you agree. Have a wonderful day.

John - Adobe are the ones resting on their laurels providing small upgrades that are benign but forcing you to upgrade nevertheless due to compatibility. The last upgrade I truely needed was having a history or being able to undo steps. That felt like it happened in 1984.

Yet we are being charged $20 a month (forget $50) for the privilege of sponsoring the development of software such as 3D stuff and so which I will never need. Let 3D people pay for their own software and let me have the basic PS until you actually improve something I need. Like what is with that 2GB file size limit in 2020? And why does it always take 3-4 minutes for saving a large file no matter how much RAM I use ... oh it’s the compression that takes really long and which you haven’t upgraded after all these years of paying you $20 every month? So you are saying I got these 64 GB RAM for nothing because your compression while saving sucks and it makes no difference? Thanks Adobe. I suppose Apple is happy.

And while we are at it: LR is a terrible Raw converter for shadows and highlights so fix that. It’s a veeeery very basic request to be able to get back the same amount of shadow detail Apple’s Aperture was able to bring back 10 years ago and LR still can’t. Thank god there’s C1... at least they’re OK for highlights. Their shadows are bit better too but not on Aperture level. What is it with Aperture anyway. It’s an old discarded software. And it still performs better for RAW conversion (and not much else unfortunately).... Adobe? Anyone there? Didn’t think so

An actual reasonable response. I agree somewhat, but not entirely.

The 2gb limit sucks, but you can work in PSB. I still work with 16g ram. It isn't unbearable, but this 8 year old laptop definitely is showing its age.

You don't need 3d capability, and neither do I - but I'm curious if it gets any use with arch vis. post processing. I'm sure it gets some with guys that go back and fourth between PS/AE, no?

As far as LR being terrible - which camera are you using? It does well with the shadows off my A7R, and highlights do well as long as long as they're not nuked. You shouldn't be working with nuked highlights either way, obviously. The raw conversion itself isn't spectacular, but I'm hard pressed to do more than that in other software given how cumbersome its workflow is. If speed is at all a concern, try processing the same batch of raws in DxO PL (even with NR off) and see how long that takes...

I don't actually have a love affair with Adobe - but I don't agree with the kind of childish behavior Salas was engaging in by ironically calling the rest of the dev team he likely got fired from "imbeciles".