When Life Gets in the Way of Your Passion Projects, Find One at Home

It’s easy to let life get in the way of photography sometimes. Kids happen, bills need to get paid, and plans to take that cross-country trip fall by the wayside just to keep the gears running smoothly.

That’s why it’s OK at times to go for what would photographically be considered low-hanging fruit if that’s what it takes to get out of the rut and make images again. You could say that was the case for my passion project involving my son’s plastic dinosaur toys. I (mostly) didn't have to leave the living room, and I had a set of very cooperative subjects.

As a young journalist, I was given the good advice by one of my editors that if there’s not much to a story, hone in on the details and write about those. I once wrote about the ornate bricks on a fireplace for a story profiling a small-town library because I had few other words. That’s similar to how I approached this project. I didn't have much time to get anywhere else, and so I focused quite literally on the details of the room, specifically the prehistoric creatures that were in plentiful supply around the house. Most of the photos were taken after everyone went to sleep.

I challenged myself to get a different take on things, and so I used this project as an excuse to pull out a Canon EF 100mm f/2.8L IS USM Macro lens. Macro photography is something I never feel I do enough of, and so a passion project was a perfect place to explore and play with this type of image-making. Most of the portraits in this project were shot with a Canon EOS 6D and this lens. Sometimes I used a bare wall as a background, and other times I set up more elaborate scenery for the dinosaurs to romp in.

The project started on a lark at the local library when I ran a cellphone portrait of a plastic Spinosaurus they had there through the Prisma app on my iPhone just to see what happened. It looked interesting, and another parent in the kids’ play area thought it would make a good photo to print and hang on the wall.

This is a good point to mention that many of these photos were run through the premium subscription version of Prisma, an app which turns your photos into painterly projects that have an interesting look. The subscription enabled higher resolutions for what would eventually be a printed project. Just because a project is close to home doesn't mean you can’t experiment in other ways, and apps are a good way to do that. You can play with looks and feels that are different than what you’d do on a standard shoot with Photoshop. In addition to the usual suspects, such as Snapseed, Instagram, and the aforementioned Prisma, other apps I’ve found to be fun for this type of project are:

Apps can push you to process photos in a way that you ordinarily wouldn't and don’t require the time investment to learn a much more complicated piece of software (ask me about how Capture One and Affinity Photo went later).

Finally, printing is another easy way to feel more engaged with your work. It’s great to look at it on the screen, but it’s another thing entirely to hold it in your hands. My son, the dinosaur lover, is used to seeing things on a screen, but watching these photos come out of my Canon Pixma Pro-10 printer was like magic to him. It made something that started out as a passion project for me to do at home into a real object he could hang on his wall and enjoy, and I created the whole thing without ever having to leave the house, unless you count the first photo from the library down the street. Here was the finished result:

Do you have any apps that have changed your editing style or any ideas for homebound personal projects? Share your thoughts in the comments below. 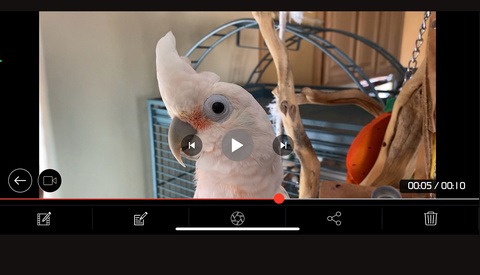 Apps / August 23, 2020
SnipBack for iOS and Android Gives You a Second Chance at Photos 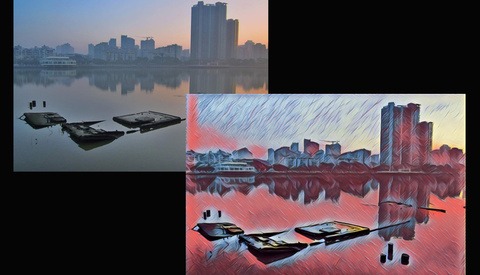 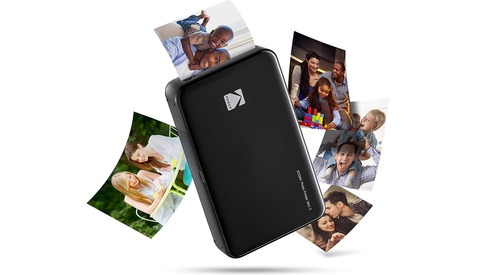 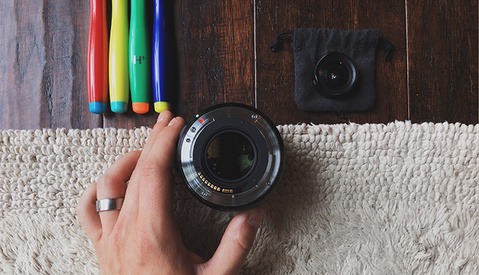 Apps / August 1, 2015
How to Build a Huge Following on Instagram in 3 Comprehensive Steps
Premium Photography Tutorials

New
Living Stills: How to Animate Your Photos
With Shavonne Wong
$89.99
Log in or register to post comments
2 Comments

Wonderful article Wasim! I found it very inspiring, especially since I’m in a bit of a rut with doing client work non-stop. Very cool the way you pulled together the lighting and background too! I can’t remember the last time I played with the macro, either. Cheers!

Thanks! I used a lot of different toys or objects around the house for backgrounds, that got more interesting when run through Prisma. The stylized "S" behind the Pachycephalosaurus are those foam play squares that you put down on the floor for kids, the T-Rex with the blue background is tin foil, Christmas lights for the other T-rex (which you can read about here: https://fstoppers.com/education/use-multiple-exposures-have-some-fun-tho...) and you can see the colored magnet blocks for the triceratops and stegosaurus. Good luck in your own project!