Don't Be Afraid to Take Risks With Your Photography

I don't mean hanging out of a car window untethered to get a shot of another moving car (although that sounds kind of fun). What I mean is don't be afraid to take your work in a direction previously unexplored. What's the worst that can happen?

Last year, I wrote an article where I talked about challenging my own fear of street photography while on a trip to the US. I took some risks and I was rewarded. Okay, so I did get mugged, but it had nothing to do with photographing anything or risk-taking. Yes, those gentlemen stole my camera, but in all honesty, it was just a freak occurrence and I'd go back to NYC in a heartbeat. But little did I know that a few months later, I would be writing about it on Fstoppers; and now, a few months later again, I'm making money off of some of the photos I had taken, all because I took some small but scary (to me, at least) risks.

How was I taking risks? I was crippled by the fear of judgment; the fear of being ridiculed or told that I was worthless; that I didn't deserve to be taking photos or writing about my experiences in a public forum. For years, this kind of thinking held me back, but little by little, I began to chip away at that negative self-talk. I kept taking these small risks, and each time I failed, I would poke myself in the leg: "nope, you're still alive." I came to the realization that if I really wanted to be good at this photography malarkey, I had to persevere through these failures. It took a while for me to become comfortable with who I am, and I sometimes still hate my work, but I recover from those bouts quicker, now. Nothing is permanent.

The first major step was deciding to turn pro, which is a whole other article, but the next big one for me was to start a blog. Although I found this so terrifying, I was determined to start it, because I needed generate more content to get traffic to my site. There was still this burning question, though: "who in the world would want to read my nonsensical musings?" Turns out, not many. But, I found the process to be extremely cathartic, and as a bonus, I didn't die! Amazing. So, I wrote a few more posts. Soon, I got the courage to apply to write for Fstoppers, and here I am.

More recently, I wanted to try a few things with some old images. It was completely different from what I've been doing, but I felt compelled to experiment. One thing that would have bothered me in the past was that fear of judgment I was talking about. These days, thankfully, the haters can go suck a bag of lemons. This doesn't mean that I've fostered some otherworldly hubris; it just means that I can distinguish between constructive criticism and destructive jerks. And what of this new direction I've taken? Well, I sold a couple of my new prints to some friends of mine, and now, because of the positive reaction thus far, I plan on selling more of them online. If it doesn't work out, so be it; I'll move on to the next project.

Oh, where did I take those photos? On my terrifying trip to the USA, of course.

I go through phases of feeling crap about my work and being fearful of treading on new ground. But I know now that that's all they are, phases. The dips are what really drive me. I think if I ever start to feel completely at ease with my work, that's when I should really start to worry.

Does fear of the unknown drive you? Does it hinder you? I'd love to hear about your experiences in the comments below. 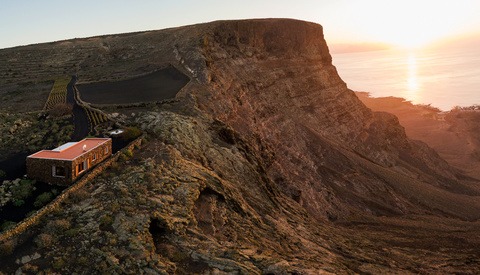 You're very welcome! And thanks for showing your appreciation. :)

I liked reading this article. Maybe some might consider it as just words, but sometimes, I feel that things have to be said.

I'm happy that you could sell printings.
I had a look at your website, and found it inspirative.

And about the fear of judgement, I often think about what Sam Abell (National Geographic,...) explained when he proposed his pictures to be published : he often heard that his photos are a bit shallow and "nothing happened". But he said he kept on with this style, because it's the one he felt was right for him and his way to view the world. And it finally paid off.

(sorry if this text contains some english grammar mistakes, as it's not my native language !)

It's hard to write this stuff knowing that a lot of people are going to read it but I always find that people respond very well because we're all in the same boat. Whenever I see people I admire talking candidly about their struggles it fill me with hope. I think that the more we verbalise these feelings, the easier they become.

Thanks so much for your kind words, Stefan. I really appreciate it.

(Your English is very clear :)

Thanks, Louis! I may not win any prizes for the prints, but if they make a few people smile, then I'm happy.

Lovely article and your galleries are fantastic. I love the abstract photos especially :)

fstopper community is pretty narrow in photographic expressions. The Fstopper team members are contributing at it a lot