Rooftops hold a certain allure but it's not just urban explorers and extreme sports narcissists that are drawn to the tops of buildings to capture this alternative view of the city. Photographer and Artist Alain Cornu drags a 4x5 field camera onto the rooftops of Paris to create stunningly beautiful images that feel like portals into another world.

Cornu's ongoing project, "Sur Paris" ("Over Paris"), began almost 10 years ago when he discovered how the rooftops offered a place for contemplation and meditation. For Cornu, the mundane elements — the antennae, chimneys, skylights — take on a unique feel after the sun goes down, and give the city a sense of intimacy. One of the most distinctive features is the zinc cladding that covers 90 percent of all Parisian rooftops, a characteristic of the city since Napoleonic times.

Gaining permission from building owners, Cornu shoots on a 4x5-inch field camera, the Toyo Field 45AII, and exposure times are usually around five minutes. Typically he attaches his 150mm Schneider Apo Symmar and his film of choice is Kodak Portra 160. This gives him the effect that he desires in both the highlights and the shadows, a satisfying "precision and softness" to materials and colors. Digitization is through an Imacon Flextight 949 scanner and small adjustments are then made in Photoshop.

The skyline of the French capital has been an inspiration to countless artists over the years. For Cornu, when night falls, the city reminds him of an animal that has been running all day and is now getting its breath back. There are very few people in his images but, as he notes, they are never far away; there is a life behind every illuminated window and down every chimney. By contrast, the city's famous landmarks are kept at a distance, almost incidental when they do appear, appearing on the horizon like beacons and watching silently over the residents as they settle in for the night.

Cornu has mixed feelings about proposals to protect the Parisian rooftops by granting them Unesco World Heritage status. While he understands the need to protect their history, he is worried that it would hinder the natural evolution of the city and potentially get in the way of greening and solar energy.

Alongside his work as a commercial photographer, Cornu is currently working on a series of landscapes to be exhibited at the Gallery Thierry Bigaignon in Paris in 2019.

All images are courtesy of Alain Cornu. 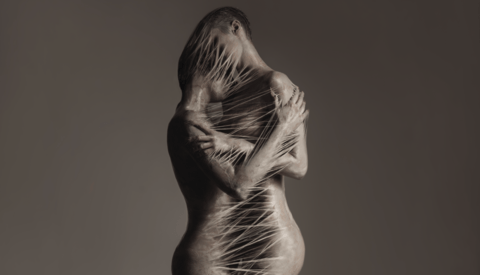 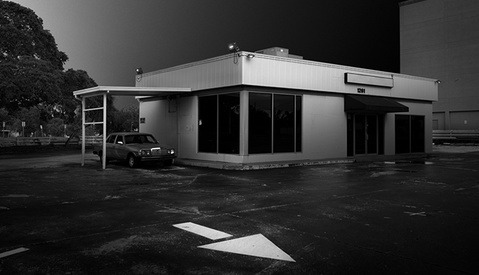 Architecture / November 22, 2016
Landscape Photographer Shows How You Can Capture Beautiful Images Right in Your Neighborhood 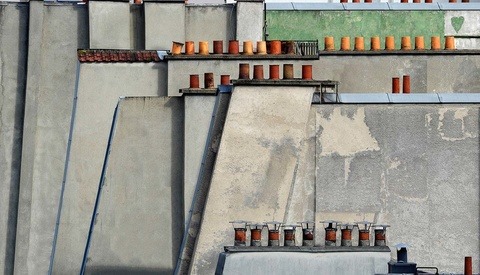 Architecture / August 27, 2014
If Picasso Were A Photographer

It takes a special kind of photographer to make the ordinary this enchanting. A stunning series.

Really? Enchanting? I can understand liking it even though I don't but "enchanting"? Really?

Yes, I chose the word carefully. There's not any real fruit to be had from me attempting to convince you they're enchanting if you don't find the series attractive.

You don't have to convince me they're enchanting, or do anything for that matter, but you could have described why they're enchanting to you. But you're probably right. With few exceptions, most photographers most definitely don't have a way with words which may explain why they're photographers. ;-)
The reason I don't find them attractive (attracting my attention) or enchanting (charming) is, with the exception of the roof window, they're so evenly lit, there's no mystery. And, on the surface, they have no interest to me. That, of course, could be different for you and others. Perhaps, being British, you visualize Peter Pan, leaping from rooftop to rooftop, looking for Wendy's house. Maybe as a youth, you stayed with your grandparents in London and retreated to the rooftops at night, imagining the lives playing out underneath; wondering if the little girl you saw at the market is also looking out at the night, thinking of you.
But you're probably right. :-/

I was with you up to the whole Peter Pan thing....

I'm not into Peter Pan. I was just saying he might be. And that's not to say I think he is. It was just a thought. On the other hand, imagining a pretty woman bathing on an adjacent rooftop... :-)

Usually not my sort of thing, but I really enjoyed these!

These are breathtaking, love love love the colors

Thanks for sharing these Andy. I really enjoyed the photographs. A great example of a simple idea, well executed with skill, creativity and imagination. I'd love to see these in a gallery.

You're very welcome. Alain has a book - only €35, which is insanely affordable for 180 pages. http://www.alaincornu.com/contact/achat/

That is rather good value. I was looking through his other projects on his website, and I liked a lot of his work. Thanks again.

If someone is known for shooting paris rooftops, it's the great Michael Wolf. And I like it way better. http://photomichaelwolf.com/#paris-roof-tops/12

Nice. Thanks for sharing.

Brilliant Idea and great work ... remind me when i was living in the 9th arrondissement ... Love it

I love surreal photography when it's done like this. Very beautiful indeed.