An Intro to Photographing the Planets

Aside from the Perseid meteor shower, the summer hype is on for viewing Saturn. Indeed, Saturn is a great target for visual observers, especially if it’s your very first view through a telescope. But for astrophotographers, it’s a tough target. A bit of an easier target is Jupiter, which is “following” Saturn across the summer sky.

Both are well positioned for viewing and photography, as they are near opposition, which is the point opposite the sun from our viewpoint. Think of it as being the same as seeing the full moon. In this case, these planets are outside the orbit of the Earth, so we are passing them on our inside track. Being at opposition means they are at the smallest distance from us and therefore at their brightest and largest apparent size.

As of early August 2021, Saturn is shining at magnitude +0.2, rivaling bright stars, while Jupiter is at a much brighter magnitude -3.9 (bright enough to be a UFO), just slightly dimmer than Venus, which is visible just after sunset. Saturn’s disk is about 18.5 arcseconds across, while Jupiter, which is a larger planet and closer to us, is nearly 49 arcseconds across. For reference, the moon is about 30 arcminutes across. For both of these reasons, if you’re going to attempt to photograph a planet, I recommend starting out with Jupiter.

Although traditional photographers might find it odd, the current strategy is to shoot a burst of many (dozens or hundreds) very short exposures of planets using high sensitivity (ISO). Special software specifically written to process planetary images can then be used to grade the shots for sharpness, align the images, and then stack the shots taken in brief moments of steady air to yield the best possible result. This procedure is generally known as “lucky imaging.”

To get a reasonable size for a planetary image, a very long focal length is generally used (3,000 to 6,000mm or more). For practical planetary photography, this usually means investing in a medium to large reflecting telescope (large refractors are too long) with an aperture of more than 200mm (8 inches) and additional lenses to get beyond the 3,000mm focal length. For my telescope, I have an 11-inch (about 280mm) diameter telescope, the choice of which was largely determined by what I could safely lift onto the mount by myself.

For cameras, specialized, computer-controlled planetary astrophotography cameras are used, which have small pixels and the ability to output raw frames at video speeds. The large telescope also requires at least a medium-end telescope mount to support it, meaning more weight and cost.

Getting the Shots (Cheaply)

Recently, I experimented with a much more modest arrangement — a Nikon P1000 camera from the “Coolpix” line of consumer cameras. This camera has a relatively small sensor coupled with a “super-telephoto” zoom lens. This lens zooms from 4.3-539mm, which is the 35mm camera equivalent range of 24-3,000mm! 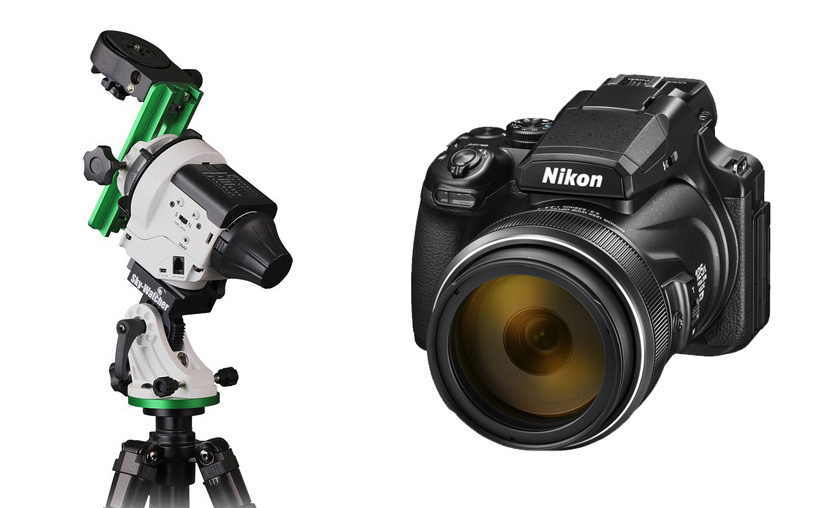 Whenever photographing an astronomical target at extreme focal length, a tracking mount is essential. In my experiment, I used the bare minimum, the Skywatcher Star Adventurer star tracker. This results in a very compact, transportable setup, but realistically, the tracker is just barely able to hold the heavy and bulky P1000 camera, which is extremely front-heavy at maximum zoom. I would not recommend this setup for regular planetary photography, but if you already have the equipment at your disposal, it’s a cheap way to wet your feet in this specialty corner of the hobby.

This minimal setup allows you to capture the shots and get into the second part essential for planetary astrophotography. This is to try your hand at using some specialized planetary image-processing software. Thankfully, excellent software is available for free. I recommend using Autostakkert (by Emil Kraaikamp), which takes a variety of still image frames or video clips as input, aligns the target, and grades the frames, allowing you to specify what percentage should be combined for the final stacked image. This software also implements an advanced image enhancement feature to increase the resolution of undersampled digital images, which is the case for the P1000 setup if the air is steady. This is not the same as Photoshop’s new AI-based technique, which works on a single frame. Autostakkert uses a technique called “drizzling,” which uses multiple frames and a well-defined mathematical technique to improve resolution.

To go even deeper into the image-processing end, you can try using Registax (by Cor Berrevoets) on the output of Autostakkert. Registax provides advanced filtering capability to bring out the subtlest details in your image (beyond what is possible in Photoshop).

No matter what planetary imaging setup is used, the steadiness of the air plays a major role in getting decent images. In astronomy, this is referred to as the “seeing.” This varies with the season, local weather, and terrain. Warm objects will be warming up the air around them, causing air currents above them, so picking your viewing location to avoid looking over them is important. Generally, looking over a building is not a good idea, but if the building is uniformly warm and the night is still, the air will be rising smoothly and can result in good seeing. But this may happen only well after dark when everything has nearly reached equilibrium with the air temperature, so it takes patience and time to figure out when the seeing is best. The GIF animation below illustrates the effects of seeing on the quality of frames captured in my example.

For my experimental setup, I simply manually snapped stills by hand. Using a time delay on the shutter or external shutter control would have been better, but using a high shutter speed and depending on the P1000’s image stabilization seemed to adequately make up for this.

Instead of the P1000 camera I used, it’s possible to use a telescope and another camera, but the P1000’s ability to zoom over a huge range made it easy to find and center the target and then zoom in for photos at the maximum focal length. Conventional telescope setups require either a good computerized go-to capability or an additional finder scope to zero in on the target. Even so, at extreme focal lengths, it’s easy to lose the target and pain to re-center without the ability to down-shift to a shorter focal length.

Exact polar alignment for the tracker is not essential. Imperfect alignment means that the target will drift out of the field of view faster, but doesn’t affect the short exposures being used, so this is just a matter of convenience in the P1000 setup. The actual shooting of images only takes a few minutes, during which time drift due to imperfect polar alignment is not of much concern.

And regarding the shooting of images, I advise you to shoot frames close together (all within perhaps five minutes) for processing into a final image. Taking shots of Jupiter too far apart risks blurring due to the rotation of Jupiter (Jupiter’s day is less than 10 hours). The moons of Jupiter can also move significantly over the course of an evening. For an ambitious project, you can plan to shoot bursts of shots throughout the night, process each burst into an image, and then create a time-lapse movie of Jupiter’s rotation and moon movements.

For my simple image-processing flow, I first imported the raw P1000 frames into Lightroom, and then cropped the frames down to a uniform smaller size, roughly centering the crops on Jupiter. Cropping was done to reduce the processing in the next stage. I then output the frames as 16-bit TIFF images for processing by AutoStakkert. Processing in AutoStakkert is beyond the scope of a short article, but the web page supporting the program has good links to examples and tutorials.

For the final step, the AutoStakkert output was saved as a TIFF file and imported back into Lightroom for final processing.

The resulting image here doesn’t come close to the best amateur planetary shots but is an easy way to get your feet wet without committing to diving into the deep (and expensive) end of the pool. 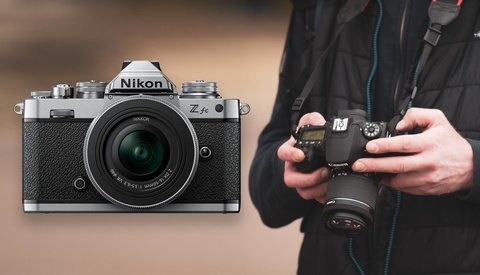 Education / July 2, 2021
How to Choose Your First Digital Camera 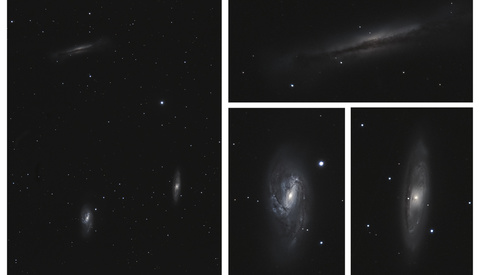 Using video is a lot better than using stills, since you're using Autostakkert anyway, it's a bit of a shame that you wouldn't use its full potential.

It's also ok to trade resolution for frame rate. Planetary imaging has far more to do with getting the right focal length vs the pixel size of your camera and collecting enough data for your software to work with. Most planetary camera's are video camera's with a low resolution, but high FPS, exactly for that reason (Mine is only 1.2MP)

But, at 480 or 360p you might be able to do 120FPS. So that benefits you a lot more than trying to shoot at a resolution that simply isn't there.

That way you're stacking way more frames (easily 300+) for autostakkert to work with.
Giving better results.

Thanks for your comments. I don't claim to be an expert with this camera, though I have had it for some time for other uses. Playing with the video mode appeared to give me less control over the exposures, so I opted to take stills and hoped that the deeper bit depth of the raw files would help. I am planning to look more at the video modes in the future for this camera and other consumer video cameras.

You have a good point that 4K, or any high res mode probably doesn't get you any advantage an could be a disadvantage (larger files and/or more limited frame rate).

When doing planetary imaging with a "real" astronomical camera and SCT, I'm using "video" SER files of a small region of interest out of the chip, so using conventional consumer equipment definitely doesn't give best results, but if that's all you've got, it's a way to get started to test the waters. There's a lot to get into, and spending a lot of money for a serious setup.

Would like to find a reasonable good planetary/astro photography solution, without the hassle of moving around heavy GEM and tripod, telescopes that are only good for planetary or astro photography, an assortment of video cameras, a very large number of accessories and tremendous time in postprocessing software's.

One option was to buy a 2x TC for my D800 and Nikon 500mm 4.0 lens. But that setup can fill the frame of the moon and other planets are smaller.

I have the impression planets may be bright enough and not need large exposures to require a GEM.

I'm trying to get K-1 II, that has astrotracer features, which should do fine for astrophotography with native D FA lenses that range from 15mm to 450mm. But for planetary photography, one needs far more reach. Perhaps a very long K manual focus lens with a 2x could do the trick.

The 2x TC and 500mm lens will only give you 1000mm, which is still a very short focal length for planetary imaging. If you really want to see details on Saturn and Jupiter, you really need to go above 2000mm. Unfortunately that does require a pretty solid tracking mount and heavy setup.

Saturn and Jupiter are pretty bright, but because we need extreme magnification and good resolution (sub-arcsec), a telescope (200+mm objective) is best. You can get your feet wet on telephoto lenses with TC's, but for good results, eventually you'll have to go for a telescope.