My father was Graham Wendes, and he was unlike anyone else I've ever met. I'm aware that we all see our parents through our own particular filter, but Graham Wendes truly was one of a kind. Graham wanted the world to be a better and fairer place. Graham hated injustice and would always back the little guy or the downtrodden.

That’s part of what made Graham Wendes such an incredible human being. He’s the only person I ever met who demonstrated true altruism. He helped other people for absolutely no personal gain, often to his own detriment.

What Does My Father Have To Do With My Terrible Astrophotography?

On Saturday, August 6, 2016, I was working on the Isle of Wight, a tiny island to the South of mainland England. I was working at a festival down there, and my father came with us came with us as he always liked to do when we went to the island, as his family came from the island. My father loved the stars and was a keen photographer — mostly landscapes and hills from his long solo walks in the countryside.

It had been a perfectly clear day, and I wanted to try to photograph the Milky Way. Graham took me out to a place called Whale Chine on the south side of the Isle of Wight. At Whale Chine, there's almost no light pollution. You can sometimes see the Milky Way with the naked eye when looking south out to sea. There's no land or population center for over 100 miles.

As we arrived after a clear day, the clouds rolled in, and frustratingly, we couldn't see any stars. As the Isle of Wight is a very small island off the coast, the weather can change in an instant.

We hung out in pitch black at the top of an eroding cliff for about 20 mins. We later discovered that due to the erosion, we were a lot closer to the cliff edge than we expected. I would highly recommend scouting your location in the daytime if you are going to try your hand at any night photography.

Just as we were considering calling it a night, as if someone switched the lights on, one by one, the stars started to appear. It was an amazing moment to behold as the sky cleared and we could see every star and the Milky Way.
I quickly set the camera up, took one shot, and captured it before the clouds rolled back in. I had my Canon 5D Mark IV on a tripod and went with a pretty typical 20-second exposure, 16mm, ISO 1,600, f/2.8, manual focus set to just before infinity.

As astrophotography goes, it was a pretty poor image, but I'd captured the Milky Way and spent a lovely evening with my father, who was quite sick at this point in time. It was a very special evening, one I shall remember always. 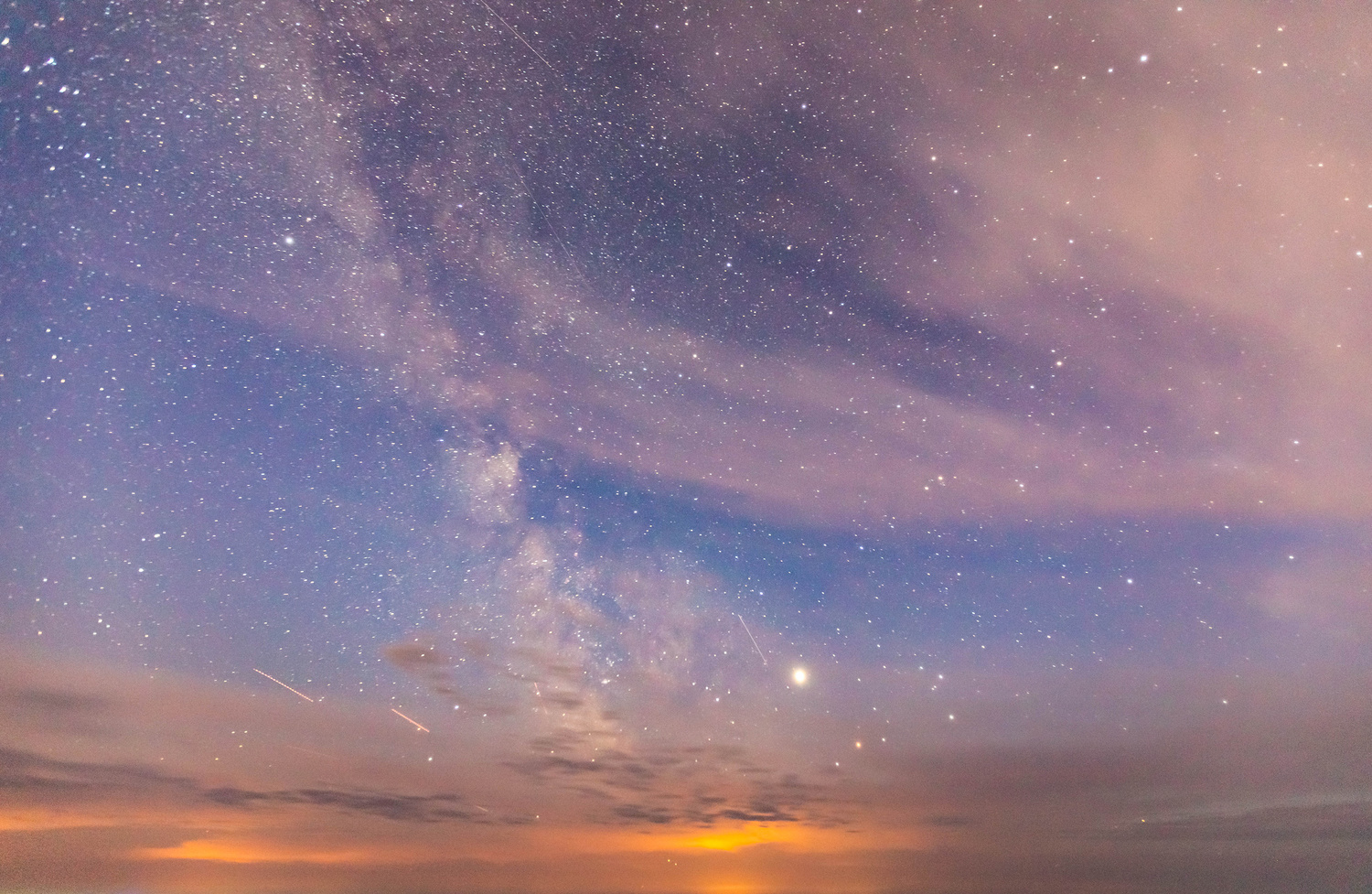 On July 17, 2017 at 5:30 am, Graham Wendes passed away after a lengthy battle with cancer. I left it a long time before scattering his ashes; sometimes, I wish I'd done it sooner, but I couldn't bring myself to go there. I knew where I wanted to do it, at Whale Chine, at sunset, drinking his favorite drink, looking at the stars. On the 14th of October, 2018, Graham's ashes were scattered off Whale Chine on the Isle of Wight. My head was in the right place, and it was time.

Going Back To the Island

Summer 2019, I once again found myself working on the Isle of Wight, this time with another absent friend who we lost earlier that year. The last time I was on the island was to scatter my father's ashes. It'd certainly been an emotionally heavy weekend, but I was looking forward to some stargazing.

On Sunday, July 28, 2019, I went out to Whale Chine again, this time, on my own, with nothing but my camera, a tripod, and a can of Graham's favorite drink.

As I was driving out to our spot, the clouds started rolling in again, with not a star in sight. I parked under a cloudy sky, and I shouted: "turn the f****ng lights on, Graham!" Undeterred by the cloud cover, I walked from the car park to the top of the cliff, and the stars appeared again. I had completely clear skies in every direction. It was like being in a planetarium. Another very special moment.

With the stars clearly visible, I stayed for at least an hour, taking photos and talking to my father. He'd have been so proud of the work I've been doing and the dreams he helped make into a reality. I often wish he was still here when I need advice or someone to talk to.

I got angry and emotional, even shouted at him. Sometimes, we all just need to vent. I'm glad I went down there, and I will visit again.

This article features some of my attempts at astrophotography, which I know are really very poor when compared with so many other incredible images out there. But these images remind me of some lovely times with my father, and they make me smile. 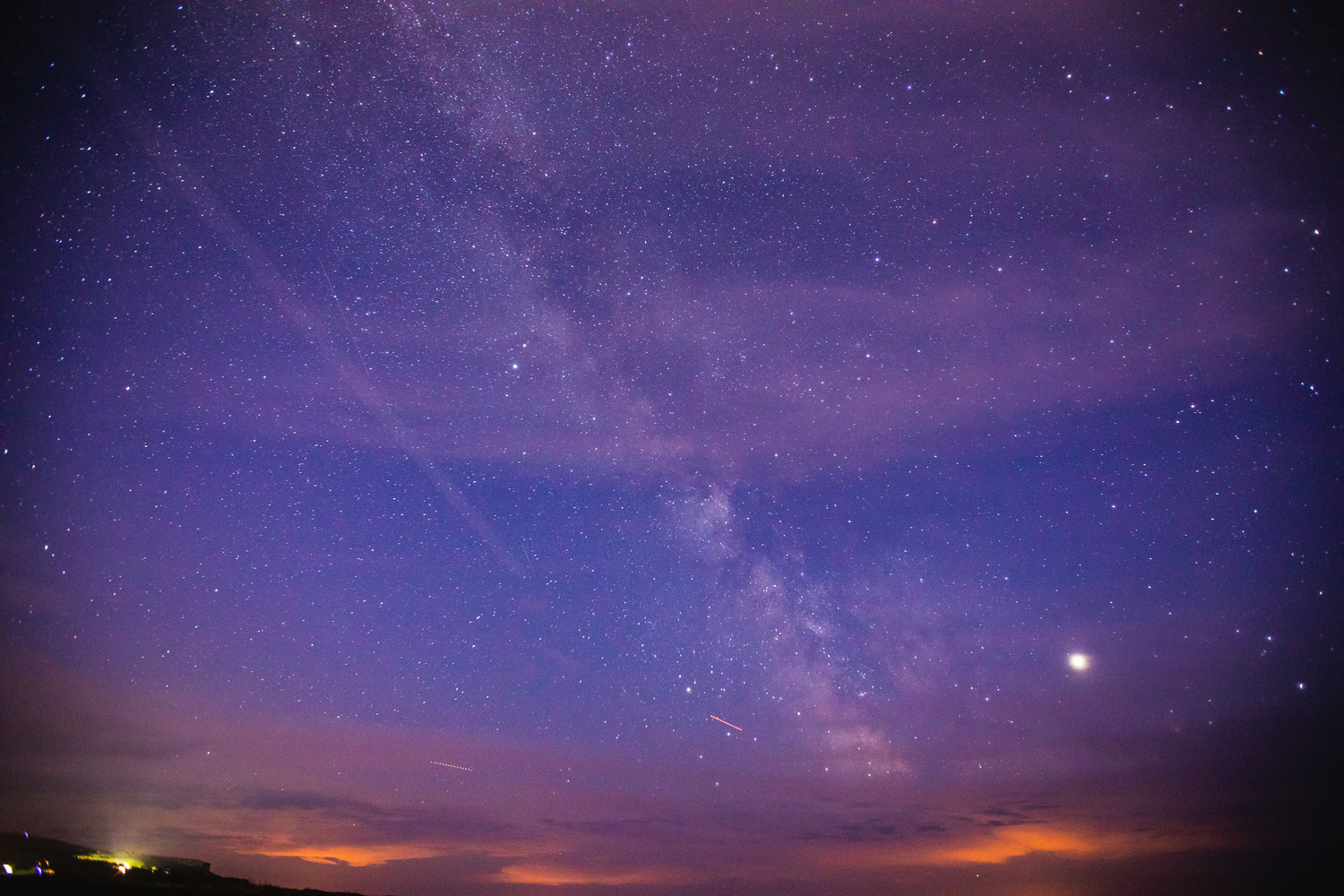 One of my biggest personal frustrations through the COVID-19 Pandemic has been the inability to go down to Whale Chine on the Isle of Wight and visit. 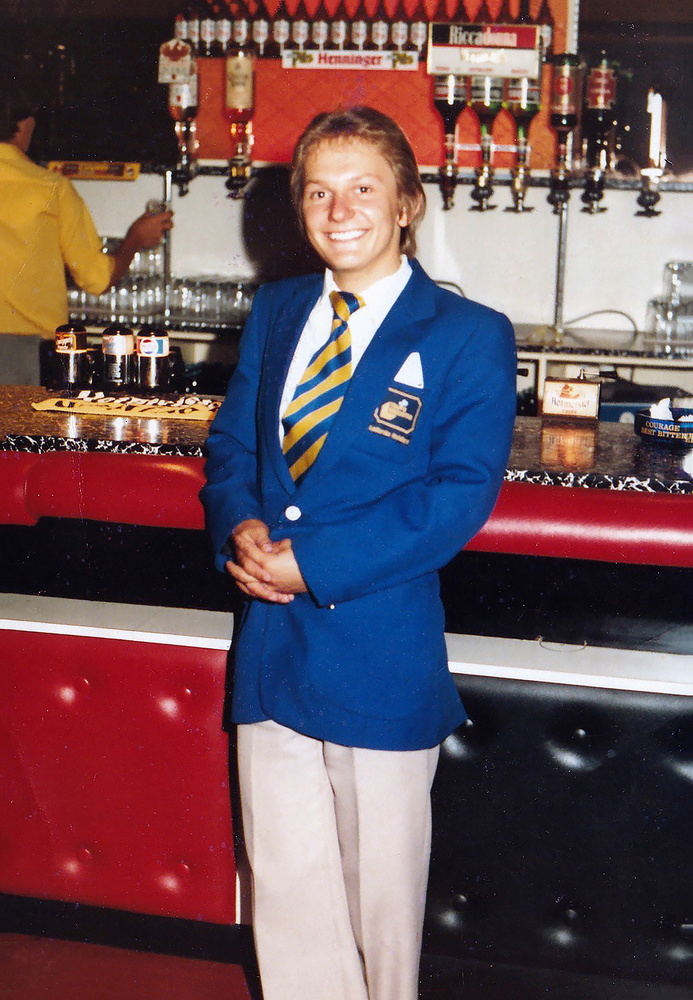 I also think the world would be a better place if everyone could "be more Graham." If we all could just step outside our own bubble occasionally and think of others a little more, we could help those who need it, even if it doesn’t directly benefit us. That would be an appropriate tribute to an incredible person. 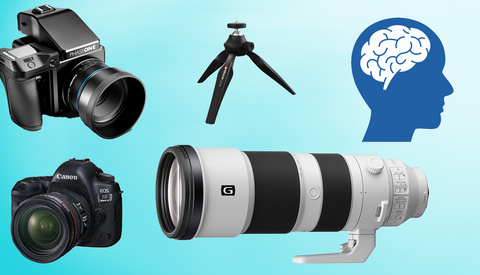 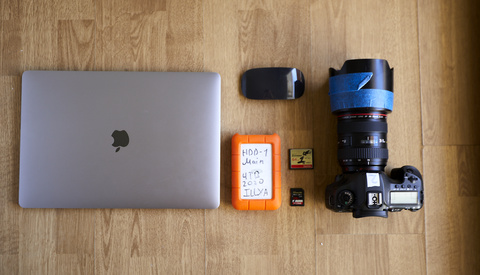 Brad, you just described what landscape photography is for me, I'm not a professional by any means but I like photography a lot and my relatives and friends love to take a walk with me on my hikes or spend the night watching the stars while I try to take photos of the milky way. I didn't lose any of them yet but it will eventually happen so I guess they will keep the memories with them as I will certainly do. Sorry for your father, I'm sure you're not the only one who remembers him.

Thank you for sharing that very touching story Brad. It reminds us that sometimes photography isn't just about capturing an image, but enjoying the process. In your case, that process included communing with the stars as a landscape photographer might with nature.

Thank you. You’re absolutely right, it’s a nice reminder that photography means different things to different people. It’s not always about selling that photo to a magazine, or being the best wedding photographer, or having the most likes on Facebook

You have warmed this trolls heart. Like you, many of my favorite photos are those taken WITH, and not necessarily OF, friends and loved ones. Making memories, even outside of the frame. Thank you for sharing :)

Thank you for reading

Your story about Graham reminds me of something I once read. A man wrote that his greatest wish in life was, "to go about the world doing good things for people without knowing it" Sounds like your father was that wish fulfilled.