Audi took advantage of Monday night's presidential debates with its "Duel" ad spot. Nearly the entire clip plays in reverse, allowing the chronology of the true story and how the action unfolded to the point at which you began to unravel itself in an action-packed scene. The rewound clip -- fit for a 007 film -- features quite the production, complete with excellent, blockbuster-born sound effects to sell every punch and shattering glass shard. But it doesn't take much studying to see this was hardly as easy as rewinding an otherwise-normal action sequence: it took great audio to create this spectacle.

The video above shows the original spot. Enjoy the fun of it all you want, but I took the liberty of re-cutting the spot (below) to play in the chronological order of depicted events to take a closer, more intriguing look at what makes this ad so great. Apart from the soundtrack now playing in reverse, notice the mismatching of the sound effects with the action that is supposed to cause them.

In order to sell the clip and keep it exciting, audiences would likely have been too jarred by the actual pacing of the audio meeting the visuals as they happened in reverse chronology. Instead, the ad's creative directors decided to augment the sound by editing its timing.

At 0:30 in the edited ad, we hear an augmented clamoring of silverware immediately when the carrying tray is knocked up; but notice the crunchy sound man subsequently smashing through the already-airborne salad taking place much closer to when we see the first deconstructed ingredients come into the frame in the original, rewound version (0:49). In reality, aside from a reverberation of the sound around the room, that salad-tossing audio bit would have only lasted for a split-second when the bowl was actually hit, after which the sound would have been well diminished or completely gone by the time the salad actually had taken flight. Instead, our eyes get to watch the salad pieces come back to their origin within the taco bowl in beautiful slow-motion while our ears feast on a rich, never-ending, pitch-perfect (literally) crunch.

The same trick is used repeatedly throughout the piece at 0:20 (in the edited clip) with the golf club through the vase, at 0:25 with the same golf club continuing its flight through a different vase, at 0:58 with the cell phone holding the elevator door open (I don't have to suspend disbelief for that one -- that's a trick I use all the time with my new iPhone), and throughout countless crescendos of action in the ad.

Watching the spot in chronological order makes an incoherent audio-visual mess of events. But the spot wasn't made for this viewing. Thankfully, it was edited with the intended order of play in mind, which makes all the difference in selling it to us as a fantastical one-and-a-half-minute illusion that Audi hopes will sell you on its most powerful four-door yet.

For those of you that may prefer a little more poetry than sound design to your Audi advertisements, here's another gorgeous one just for fun: 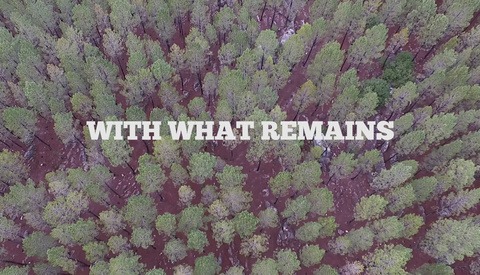 Audio / July 12, 2016
Thinking About Shooting Your First Short Film? This Is How I Did It 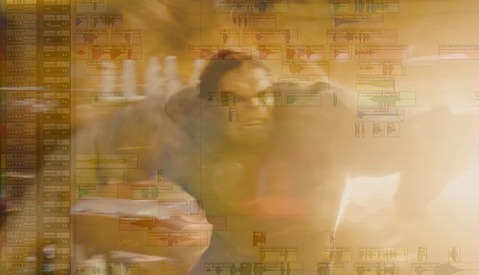 Nothing new here. It reminds me of the trailer for the 'Dead Island' video game. From 2011!

Yes!!! It was pretty awesome trailer for a game, too :)

I think many here... don't "hear" as much as they see... creativity. Thanks for bringing this article and the importance of great audio to enhance stellar imagery to our attention.