These days it's hard to come by a fashion shoot that's not shot with a digital camera. That's why when Fstoppers discovered on a Facebook Film Shooters group that Indonesian based photographers Wirawan Sanjaya and partner Gaillard Mathieu had convinced the editors at Bazaar Magazine to allow him to shoot the entire editorial on film, we just had to reach out! The stakes were high, but his results were stunning.

Can you tell us about yourself and your photographic background?

Born and raised in Ambarawa, a very small town in Indonesia. Married to my high school sweetheart. Proud father of two. Those three things summed up my personal life. Photography is (obviously) my passion. I’m anti mainstream in almost everything, including photography. I used to take a short photography course when I was in Beijing, but most of my knowledge came from self-learning through my massive book collection.

What got you started in photography?

I was always amazed with photos since I was little. We had the photos of our ancestors hung on the wall of our home (it’s a Chinese tradition). My parents would then tell me stories about my great grandparents, who were long gone before I was born. I used to listen to those stories while admiring their photos. Somehow those images helped me visualize the olden days and the life journey of my great grandparents. It also happened that I was born in a country blessed with thousands of islands with beautiful landscape. I always dreamed of travelling the country and capturing those amazing sceneries.

Where do you find the majority of your inspiration (both inside and outside of photography)?

I got this job from a designer friend of mine (her label is called Cinobi. You guys should check her out). We’ve known each other for some times and we have done a lot of projects together, be it a lookbook or campaign for other magazines. So she knows my style well, and vice versa.

Bazaar Magazine approached my friend to feature her in their Wedding Ideas issue for October. She requested that I took the photos, so I met with the editor. I explained that for the last four years, I have stopped using digital for my personal work and fashion shoot. My workflow is very clear, and one of the most important thing is that my work cannot be rushed. I scan and develop my work in the States. It might sound silly, but there are no more professional labs in Indonesia, so I have no other options. The whole developing and scanning process might sound troublesome to most people, but to me it is extremely addicting.

The moment they heard about film, eyebrows were raised. I showed them my portfolio that were shot on film while explaining the whole process. A few weeks later, they sent me the concept and the story board. We were to work with 2 models to make it look that as if there were 3 or 4 models. We have to do some post production process to multiply the models and stamp them all over the place.

I have to work with only natural light, so it was quite a challenge for me. The editor still suggested that I use digital for this project because he was concerned about the preview. I told them that whatever can be done digitally, can also be achieved using film. I explained further that shooting with film is not as hard and fragile as they imagine. The main differences are the recording media and the instant preview.

One of the senior fashion editor happened to be there, and he told us about how all the photos on their magazines used to be shot on film. As long as the photographer is a professional, there is not a single reason to worry. After a lengthy discussion, I finally got the green light to go ahead. Since they need an instant feedback, I took every single image on polaroid as a preview first before switching to film back. They loved the whole process, including the polaroid, because instead of just an image inside an LCD screen, they get a physical print.

Here's what you can find in Sanjaya's camera bag (it weighs more than 15 kg!):

Limor Garfinkle lives and works in NYC as an art director and the in-house photographer for the ad agency SMA. Started out in the field just three short years ago as a wedding photojournalist, and soon after switched to architectural photography, shooting interiors for commercial spaces such as Spotify, Amex, Warner Music Group, Clear Channel, etc. 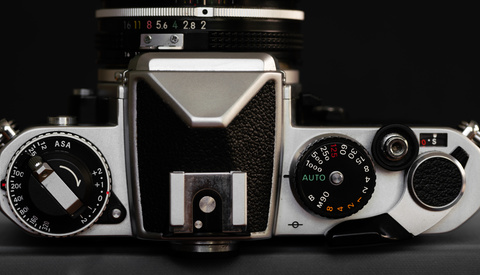 Film Photography / July 8, 2021
Are We Nearing the End of the Film Bubble? What Will the Film World Look Like After?

Such a fantastic job.

Fantastic ! I'm a film fanatic so this article was great to see. Here is one of my favorite 35mm I'v recently done. Below picture: Nikon FM3a 50mm 1.8 Porta 100 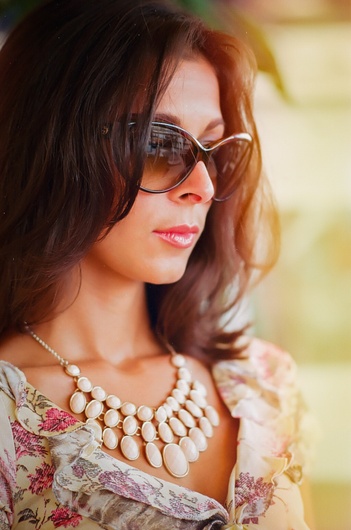 Film is just perfect for this application.

It's funny to think fashion magazine editors are so afraid of film and lack of instant gratification. It wasn't THAT long ago their covers and spreads were shot entirely on film and without preview. Surely the office crowd-sound-the-lightbox was way more social than a group email ;-)

I enjoyed the article. I saw where he did previews on Polaroid, but it wasn't until the gear list where he used the Mamiya RZ67 that I saw he was using medium format. The RZ67 is one MF system that I want to buy. But I need to invest in additional lenses for my 5D III. I continue to shoot film with my 34 year old Canon A-1 and used F-1N. One of these days, I'll do a shoot-out between film and digital.

PS: I'll have to try Little Film Lab. C-41 processing is disappearing from my area. I already have to send B&W development out of state.

editorials that were made with film cameras is normal... still...

For web reproduction, I would agree. Things will look a bit different going larger, like full page magazine repro, or larger. It also depends on how the film is scanned and what kind of scanner you use. I agree that it's an assumed romance with film. No doubt you can get similar stuff with digital, but the whole film emulation thing I find a bit hokey. If you're gonna shoot digital, make the best of it. ;-)

Another interesting aspect is the use of neg stock. That was standard procedure up to about the late 60s/early 70s. From that point on transparency film was what we use for production, typically Kodachrome 25 for 35mm and either Kodachrome 64 for 2-1/4, or any Ektachrome variant for 2-1/4 and larger. I still mostly use positive film in my film shoots (35 & 2-1/4), as it scans much cleaner than negs.

I actually just bought a Canon AE-1 Program and a 50 1.8 off of eBay for about $50 just to mess around with. To develop the film, I use Dwayne's Photo based out of Kansas. Does anyone else recommend another/better printing service?

I honestly preferred the outcome from the polaroid images. Both in terms of composition, pose and general look and feel.

Beautiful photos..Knowing these images were created on film fills me with hope for a better and brighter future for film photography :) Film is alive and here to stay