Storied cinematographer, Frederic Fasano, talks about his career as an International Director of Photography.  Also, Fasano walks us through the old world film techniques of shooting a modern puppet show, Helpsters.

" I started my career in 1990 as a photographer's assistant and shot my first short as DP in 1992 with a VHS camera."

After his first short film, he traveled the world, working as a cinematographer. Early in his career, Fasano worked on some iconic horror films like Giallo, which starred Adrian Brody and directed by Dario Argento. Later Fasano worked on television, most notably the show Too Cute, a show that combines beautiful cinematography and cute animals. Currently, Frederic is the Director of Photography for the Apple+ show Helpsters, a show put on by the iconic Sesame Street Workshop. Helpsters an updated version of Sesame Street focusing on modern technology and culture. This modern educational programming is shot similar to classic three-camera style studio shows that were pioneered by Karl Freund on I Love Lucy and used in almost every soap opera and sitcom sense. But Helpsters has a modern twist. On their main set The Shop, Fasano shoots with 3 Sony F55 cameras, AXS-R5 recorders and Fujinon zoom lenses. These are workhorse studio cinema cameras and are used on a lot of episodic shows. The show is shot in 4k RAW and finalize it in HDR. In the studio, two cameras are on pedestals, and one is on a jib. But the show breaks new ground when it goes on location and shoots in a single-camera style. Sometimes they use a steadicam, but they often create custom camera rigs for each scene. Each camera rig is built around letting the puppets move freely around the location. But shooting with the Jim Henson style puppets like the one on Helpsters is a whole other beast. These puppets are attached to a puppeteer that must be hidden. These obstacles can make framing complicated.

"For a cinematographer, the most challenging part of working with puppets is the camera work."

No matter how wide the shot is, the puppets have to be framed from the waist up. When you are framing a dolly shot, you must balance for the puppet and not the overall image. This would feel counterintuitive to how a shot is usually designed.

Another challenge is that the puppeteer does not see the frame through the puppet's eyes. This can make the puppets eyeline a problem.

"To be able to give the puppet the right eye-line, the puppeteer needs to see the frame, and it ends up that the framing becomes a beautiful and constant collaboration between the camera operator and the puppeteer."

The crew sets up an array of monitors so the puppeteers can see the camera’s frame. On tracking shots, the puppeteers must use the monitors to move around the set as they act with the puppet. So when moving from mark A to mark B, they would have to keep one eye on the monitors at all times. In Helpsters, puppets do a lot of moving.

To give the show a dynamic feel and the writers and directors creative freedom, the crew built platforms and dollies that could support one or more puppeteers, thereby making the puppets as mobile as possible. The puppets were able to walk around the city, run on race tracks, dance on theater stages, move while being flanked by a crowd, explore parks, and go to a dance party. This was possible only through a very close collaboration between all the departments, especially between the puppeteers and the camera department.

"The whole process had a taste of old cinema making. It was truly a beautiful experience."

Lighting puppets also brings challenges. You would think it is a lot like lighting a human face, but the puppet's features are so exaggerated that they can easily cause odd shadows to cross the face and look unnatural. This means Fassao has to create soft low contrast light when he was shooting on location to match the soft light in the studio.

"The overall visual feeling of the show is bright, colorful, and dynamic." The Shop set took months to build and was a collaboration between the shows creator Tim McKeon and the production designer Katie Akana. To match this look and feel on location, Fasano and the Lighting Director, Dan Kelley, needed to find similar architecture features and modify light to match the shop.

"The color, furniture, transformation of the rooms, and appearance of unexpected environments make the show walk the line between the real and the magical. The first intention of the cinematography was to make the store and all the other locations look and feel like the same world."

As Director of photography, Fasano is very involved with the process of how the show looks. He is one of the few people who follow the image from pre-production to post-production. After a week of shooting, Fasano will spend a few days the following week working with the colorist. This is so he can make any final tweaks to the image before it's locked.

"To be one of the last ones to work on the final product allows me and the colorist to adjust the look to what the show is with all the elements in place."

Because exterior locations like parks can bring unpredictable light, Fasano uses thick diffusion to create a low contrast light quality. This is done with one or more 12' x 12' frames and grid cloths or another type of diffusion depending on the intensity of the sun. He then redirects light with bounce boards to add additional low contrast lighting to the face of the puppets and mirror boards to create backlight. 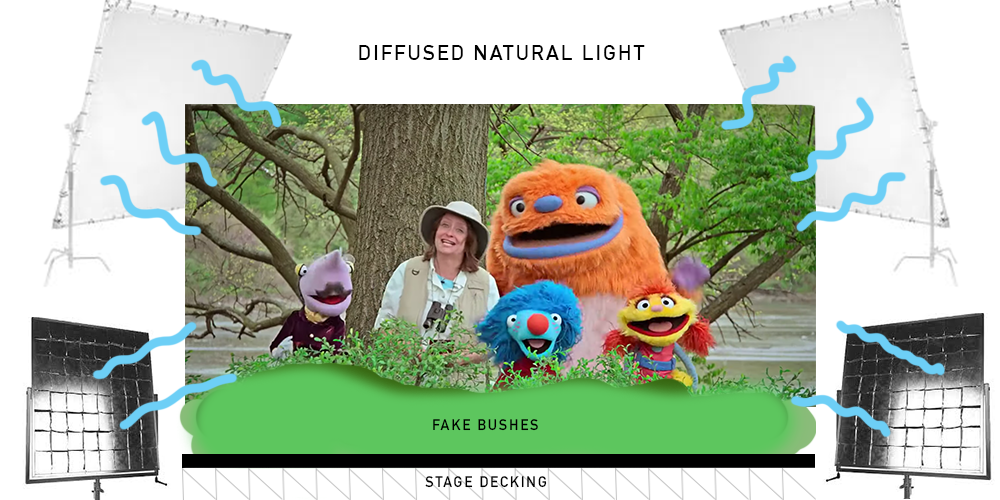 The lighting strategy Fasano and his team chose to use for interior scenes were to match their film lights to the practical lights already in the scene. Often this means matching fluorescent fixtures and balancing the camera to that color temperature. The fixtures they use for this approach are Arri Skypanels because they are low power LEDs that create a significant soft light source. Another benefit to using Skypanels is the ability to add or remove green to match the spectrum of the practical fluorescent lights on the set. 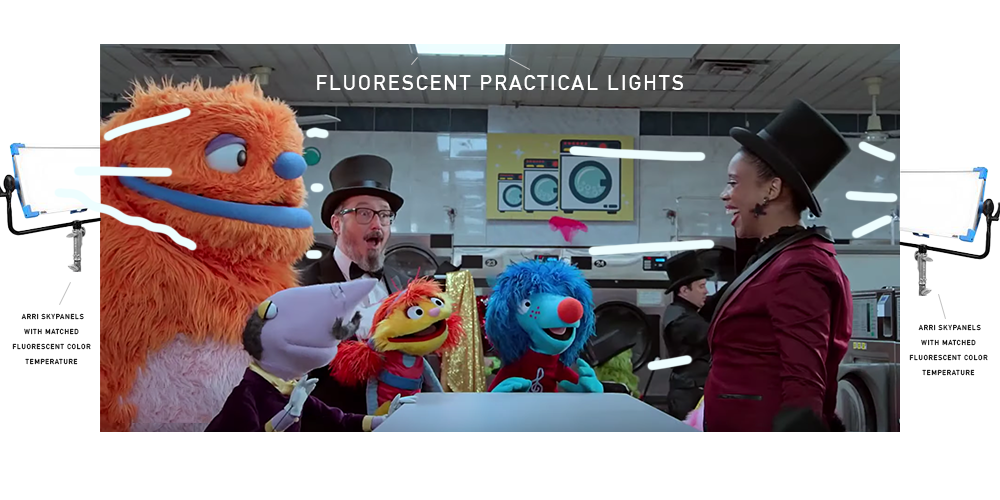 Fasano shows us that you don't have to be stuck in one genre your whole career. Learning the skills of cinematography and being a team player can transfer to any production and take you across the world.

All images courtesy of Fasano. Some images have been manipulated. 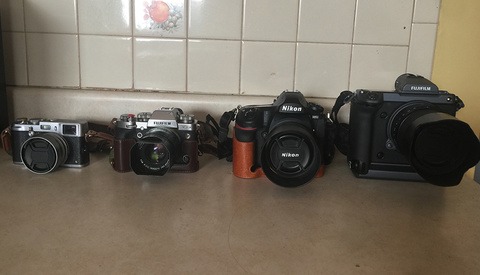 BTS / October 25, 2019
Five Non-Technical Reasons to Choose One Camera Versus Another 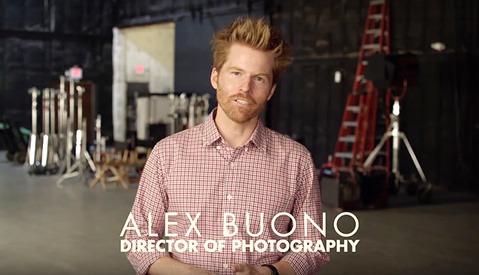 BTS / August 11, 2015
14-Year SNL Director of Photography, Alex Buono, on His Beginnings, Working for Free, and Advice for Film Students

I have not read this entire article yet. This is just a random observation. Every time I see old movie bts shots I think about the amazing opportunities the size of high quality camera shrinking give us as creators. I shoot all the time with an Osmo Pocket and the things you can do with it just because it’s so tiny open up possibilities. I remember hearing once that cars in the 70s became squared off with big flat surfaces because new welding techniques allowed that possibility. I am not a gear head and often say any camera you have is the best camera, but I also remember that technology influences how we think creatively. And the platforms we put our work on also influence it. Creativity is always symbiotic.