How I Shot This Fashion Editorial on 6x7 Film With Speedlights

I love shooting film, it's not always the best choice, but the idea that I am forced to slow down and really be sure I like my frame before I hit the shutter overall makes me shoot more efficiently, reduce the amount of culling at the end of the shoot (which is my least favorite part of any photoshoot to be honest), and with shooting with 6x7 I can get a very specific look that is hard to replicate with smaller sensors, for better and worse.

At the start of any creative shoot you need two things, a good team and a good idea. Contrary to common knowledge, I don't actually think the order of that matters much. Sometimes you meet someone and you're on the same wavelength so you group together and then come up with an idea after you've already agreed to work together, and sometimes you have an idea and find a team for it.

For me, that team was Rebecca Wengle, a fantastic stylist I've wanted to work with for awhile, and Brianna Bisson, a makeup artist I've worked with once before on another shoot. As for ideas, I knew I wanted to do something editorial, while still being a little commercial, something that you might see in a Gucci campaign or Holt Renfrew sort of store. I wanted it to look expensive, forward-thinking with its roots deep in the past, hence the choice of film and a beautiful modern home.

Next up was choosing and finding our fashion, which I left in the hands of Rebecca. We wanted to concentrate on Canadian designers, and she took the inspiration board we built on Pinterest and went wild! We ended up bringing in clothes from Hendrix Roe, Andrew Coimbra, Atelier Guarin, Ruzica, and more, as well as some more fast-fashion basics like Zara and H&M. As for location, we shot in a house that was just sold so it was big, beautiful, and freshly cleaned, owned by the father of the makeup artist.

After getting together a team, an idea, and the fashion, lastly came our models. I sometimes do model testing here in Toronto so I have some contacts with a couple of agencies in town, and I contacted B&M Models to see if anyone was free. We thankfully got our first choice's with Sebastian and Crystal who were excited to take part!

From day one, I knew that I wanted to shoot on film with my Mamiya RZ67 with its giant negative, and Portra 800 for that gorgeous grain, rated at ISO 640 to preserve shadow detail. I did bring a digital camera to test out lighting a little bit, however I mostly used a handheld lightmeter, The Seikonic L-478D to be exact, taking ambient light readings and then setting my flash about a stop or two above that. For example, if my ambient light was F2.8 at ISO 640, I would set my flash to be properly exposed at F5.6, along with my lens, to get a proper exposure. For lighting, I used the Cactus Image RF60x, with sometimes using the RF60 for fill/background light but I mostly used the RF60x on its own with a 48" parabolic softbox which is definitely my new favorite modifier.

Thankfully, the RZ67 has a simple hot-shoe mount so when I fire the shutter, it gives a flash trigger just enough voltage to tell it to fire off, but nothing so complicated as being able to actually communicate with the flashes with something like TTL or Auto mode. But it does the job without having a flash sync cable hanging off of the camera. Since I was using Cactus speedlights, I was also using the Cactus V6ii to trigger them allowing me to wirelessly control the lights in groups together. Using flash with film can be a little bit scary when you're just getting used to it, but after a few shoots you get a lot more comfortable in trusting your equipment. 6x7 film is not super cheap, and you only get about ten shots per roll so you have to be sure that the flash trigger is firing every time, and double check that it is fully seated in the shoe mount.    The only time I used three lights was on the shot below, which also took the most time to set up due to the optical effect I used.

The above image, converted to black and white in post, used three lights. One camera right in the Parabolic softbox, one camera left at the top of the stairs to act as fill simply bounding off of the wall, and one light directly behind our male model Sebastian to give him a lot of light so his reflection came through on the glass, based off of the Pepper's Ghost illusion that has been used in everything from ancient magic shows, Seance's and even Lord of The Rings. It's a photo I'm incredibly proud of and took a lot of work to put together... possibly too much. This is the only location that I really relied on the digital camera to ensure the effect was working properly.

Lighting diagram of how the scene was lit

The reason I wanted to use film rather than digital was for a few reasons. I knew I wanted to be able to have a relatively shallow depth of field, but also keep my ambient under control, and since my main camera is an X-T3 that might be a bit difficult, so I went from APS-C all the way up to 6x7 Medium Format film. Also, as I stated before, I wanted a nice blend of modern and vintage so I allowed that to extend to my camera and film choice, and finally my workflow. Being able to slow down a little, and only hit the shutter when I know I have the shot allowed me to take less exposures overall, meaning less strain on my flash batteries, and less strain on me choosing between 25 nearly-identical shots with slightly different facial expressions.


Throughout the shoot, we needed to move around the home and get enough outfits for someone to be interested in publishing, so between six and eight, and each look I wanted to be in a different location. We relied a lot on natural light for the fill,  so we were shooting right up until the last second of that natural light in the home. One of the positives of creatives like this, is that people get to come together and really create something unique and purely driven forward by creative energies. One of the downsides is that people sometimes have other commitments you have to work around like one of our crew members having a dinner they had to get to. In the end, the time crunch was worth it and we ended up on the cover of SHUBA magazine — while it's a print-on-demand publication it still feels nice to make something you're proud of and have people be interested.

After shooting, I took our seven rolls of film to Downtown Camera and had them develop and do some low-rez scans of the film so that I could quickly cull the images before scanning the film myself in high rez.I find a workflow like this to be the best balance between time, effort, and cost. Having a third party scan my film as high-rez TIFF files is expensive, and scanning it all myself is time consuming. So having someone else give me scans that are good enough to check focus, posing, expression, and framing, and only scanning the shots I really love is a perfect balance.

Finally came editing, I have a very hybrid workflow so even after scanning I still had  a little bit of color correction, dodging/burning, and a touch of color toning as well. And then we were done!


In conclusion, shooting with film and flashes isn't all that hard and, like anything, takes some practice and the right gear. One of the biggest advantages of film, in my opinion, is that it really trains your minds eye to pre-visualize a photo allowing you less time futzing with lights, lenses, and framing, The more I shoot on film, the better I get at just putting the camera down where I want first try. You can see more of the photos from this shoot, and others, over on my Instagram, or in the pages of SHUBA Magazine. Have you ever shot on film with strobes recently? It wasn't that long ago when it was the only real option for professional photographers, and I would love to see your work in the comments below! Especially if they are a part of a larger fashion/beauty story! 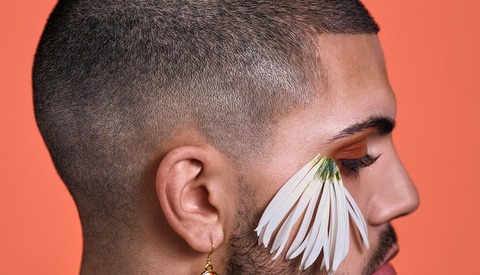 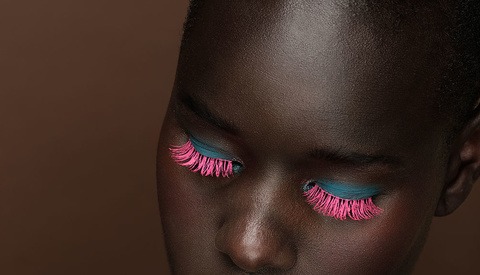 BTS / March 14, 2020
How I Shot This Beauty Editorial With a Single Speedlight 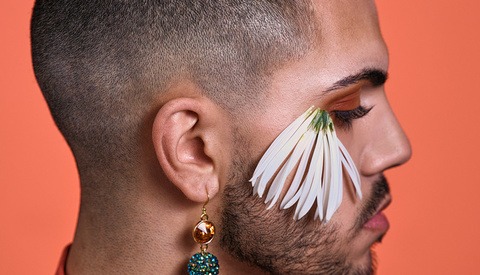 Gear / September 8, 2019
Why the Collapsible On-Light Reflector Is the Best Light Modifier for Speedlights. 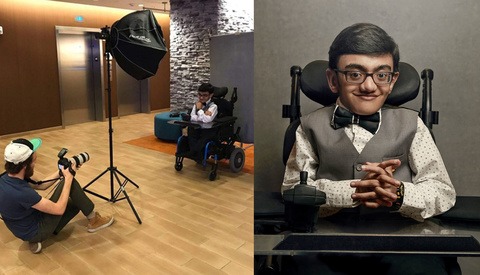 BTS / April 2, 2019
How I Shot a Celebrity Portrait in the Middle of a Hotel Lobby

Recently bought RZ67 too, and I am experimenting with different types of lights/strobes too. Two weeks ago I have tried to connect it with Profoto B1X and what a surprise during the first exposure - RZ67 is not triggering with AirRemote in it's hot shoe. We finished with using continuous light from model light in Profoto's and then triggering it via different strobe and slave mode. Still not completely "over there" where I want it, but I won't stop experimenting! 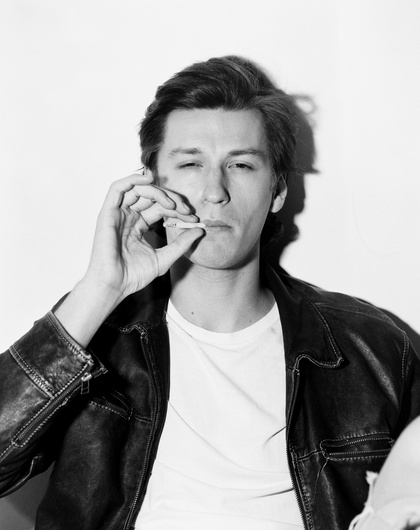 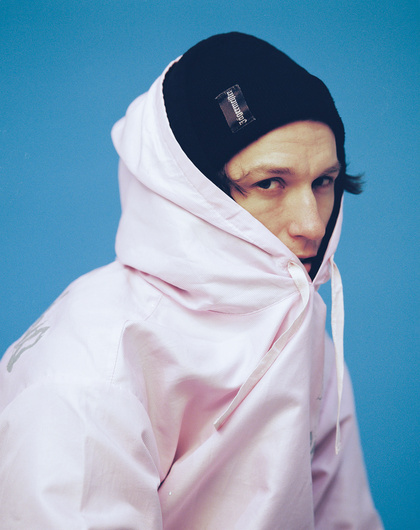 Hello Jan.
for unknown reason some hotshoe trigger aren't fully compatible with the Rz67
but their is a workaround, by using the mini jack to Pc sync cord that connect on the profoto trigger, and the sync port of the mamiya sekor lenses. 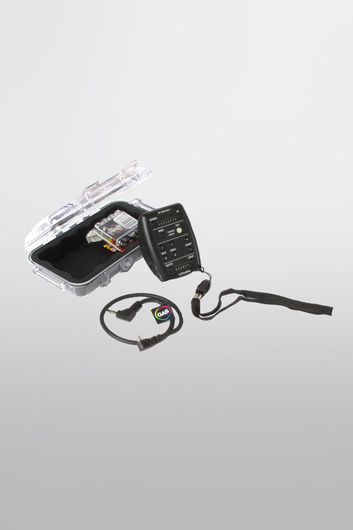 It has been a while since i shot with RZ but IIRC there are PC sockets on the lenses? Are there issues with the hot shoe? Are you shooting polaroids? It's always good to have a couple different triggering options when using strobe.

Confused why you think that film capture 'trains your minds eye' to do anything that digital capture doesn't. Your mindset can be just as disciplined with digital capture.

I feel like just about every "How I Shot ____________" article I read seems to be an answer to a question that nobody would ever ask given the actual photos being explained... Perhaps I'm in the minority in my opinion here.

I shot fashion for at least 10 years with a Pentax 6x7. Sekonic light meter...a few Speedo lights...not much else. Hours and hours in the darkroom. The 90's were something special....I could do a shoot...then go see Nirvana play for $8. The memories.

I remember shooting Polaroids on my RB, thinking "lights are perfect" then having one misfire the every other frame.
Yes, hours in the darkroom doing what I do today in about 40 seconds.
6x7 was beautiful with the Pentax (which I also owned) and way more fun than the RB, but the 1/30 flash sync made it hopeless for flash outside the studio.

I was doing a shoot and had my Yashicamat with me and fired off some shots with the strobes. Probably should do it more than once every 5 years, though.