Make the Photo You Dream of With Preparation and Patience

Growing up along the coast, I became accustomed to beautiful views of the ocean and, of course, lighthouses are an important part of the New England scenery. One lighthouse, in particular, has long been a favorite subject of mine to shoot. I've spent many days and nights shooting the 67-foot-high structure and its surrounding area, and I always envisioned creating the classic image of a massive moon as it rises behind an interesting foreground structure — in this case, the Point Judith Lighthouse on the southern tip of Rhode Island.

In 2015, I had purchased a Sigma 150-600mm superzoom lens to pair with my Canon 70D, and I decided this was the year I was finally going to make the shot of my dreams.

So, when the date of the Supermoon finally arrived, I packed up my gear and headed down to the lighthouse. I set up early on the flat top of a hill rising above the coast a few hundred yards away from the lighthouse and waited for the sun to dip and the moon to rise. It wasn't long before, to my abject horror, I realized that A) I was too close to the lighthouse to really blow up the size of the moon and, B) The moon was rising too far to the north side of the tower to get the shot I dreamed of.

Never one to let a good day of shooting go to waste, I made the best of it and created what I feel is a pretty strong image. The moon rose from the deep blue and purple along the horizon into the pink hues cast by the fading sun while the lighthouse remained gently illuminated.

I love the shot and it still hangs in my house (and in the homes of some of my customers) today. But it wasn't the image I had envisioned.

I thought I was ready to make that shot — I had some fancy camera gear, a sturdy tripod, and an image in my head. But the truth is, I was woefully unprepared.

I knew the moon would rise in the east because, you know, that's what it does, and I knew what time it was supposed to rise. So I knew I needed to set up west of the lighthouse (aren't I brilliant?) and I had to be there well before sundown to get a good spot (I knew there would be a bevy of photographers shooting in the same area). Perfect, right?

I also knew that with a big lens, you can make the moon look huge. So I had gotten myself a big lens, but I had to shoot at the low end of its focal range because of where I set up. My Canon 70-200mm f2.8/L lens would have been the better choice for where I was shooting. I really hadn't properly scouted my location.

When I left the lighthouse that day, I knew had gotten a good shot, but not THE shot. So I googled when the next best opportunity would be, I put a calendar event in my iPhone and I set about figuring out how to make the shot better. I knew I would have to wait about a year.

Fast forward to September of 2016. I had spent some time during the year figuring out how best to get the shot I so badly wanted to create. The first thing I did was to find an iPhone app that would help me figure out more precisely where I needed to position myself to get the shot. I downloaded The Photographer's Ephemeris, an incredibly useful tool that will show you not only when the sun or moon will rise, but where it will rise in relation to your current location. It will show you how the light will fall on the land, day or night, for any location on earth. Its new augmented reality feature with iPhone X is amazing.

A day before the harvest moon was set to rise in all its glory, I went back to the same park located near the lighthouse I had visited the year before. However, instead of scaling the hill to the flat top, I drove to the far end of the park to where a massive stone break wall in the water helps create a safe harbor for the area's fishing vessels.

I walked the jetty and checked out my app. I figured out approximately where I needed to be and when I needed to be there. I took some test shots of the not-quite-full moon rising and realized I had created enough distance to make it look huge.

Finally, the day of the Harvest Moon arrived. Once again, I arrived early. I staked out my spot, set up my gear and began waiting for the moon to peek up over the horizon. Other photographers joined me, but checking through my superzoom, I saw the vast majority were making the same mistake I had made a year prior and were setting up on the hill top.

I kept the rest of my gear packed in my backpack and left it on my shoulders, even though it was extra weight to hold. I wanted to stay mobile to make sure I could get into better position if necessary. This turned out be crucial, as I was slightly off in my alignment and had ventured out a bit too far on the jetty.

As the moon finally began to rise, I captured some nice shots of it alongside the lighthouse and low on the horizon. I loved the image, but again, it wasn't THE image.

As the moon continued it's trek skyward, moving surprisingly quickly from left to right in my field of vision, I moved closer to the shore in an effort to create a perfectly straight line from the moon to the top of the lighthouse to my position on the jetty.

It finally reached the tip of the antenna on the lighthouse in nearly perfect alignment and I began firing the shutter. A quick glance at the LCD screen and I knew I had done it. A few of the other photographers and I had been chatting all evening and, as the moon passed away from the lighthouse and continued its journey across the sky, we began comparing shots and basking in the afterglow of a successful night of shooting.

While the image successfully depicts a moment that lasted but a few seconds, it represents to me nearly a year of learning and planning to overcome the failures of the year before. 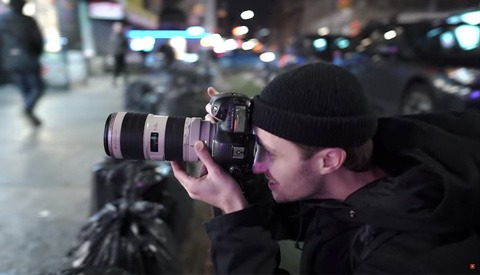 Education / February 4, 2019
Five Reasons Why Patience Will Make You a Better Photographer 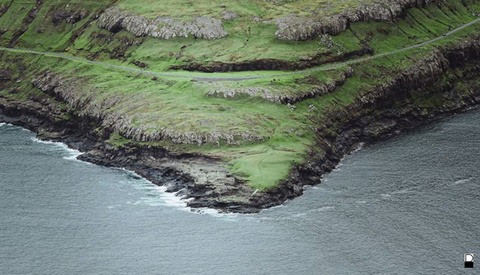 Education / June 30, 2019
The Importance of Patience and Curiosity as a Photographer

Thanks, Bob, much appreciated.

Awesome shot. Surprised it looked relatively sharp at 1/40th of a second. The moon moves so fast when rising I rarely shoot below 1/100th, and sometimes even that's not short enough.

It really does move so much faster than one would think. I could have shot it with a faster shutter, but with my 70D I hate to bump up the ISO very much. It introduces a lot of noise. So I tried to go with the longest shutter I could without sacrificing much in the way of sharpness. I've since purchased a 5D Mark IV, which performs much better in low light situations.

Yeah the Mk IV Is the first Canon with a relatively competitive sensor and processor to Sony sensors and Sony/Nikon/Pentax processors (not counting the overpriced 1D). They were trailing pretty far back before that, but now they're just a little over a stop behind. Hopefully a sign of things to come for Canon users.