PRO EDU just wrapped a week of shooting video in New Orleans, where they captured content of Dani Diamond teaching his approach and style to natural light portrait photography. This behind the scenes video takes you along for the ride and shows you the locations, models, and gear we got to use, and what it takes to make a video tutorial come to life.

PRO EDU has been blowing the roof off of the market for educational photography content, with tutorials on photographing food, products, fashion & beauty, and newborns. I’ve been able to shoot with them on most projects (including shooting and editing the video featured above) and every time the production value just gets higher and higher, while the crew size gets bigger and bigger. It’s no small task to manage a shoot with so many working parts. Producer/Director Gary Martin had this to say about all of the work that goes in to making these shoots happen:

There are so many moving parts on a production like this and there is very little room for error. There is no room for “we can’t” or “we have to reschedule.” We invest a lot of time and energy into scouting, permits, paperwork, hiring locals for advice, and have to find a way to make the weirdest of requests happen. Every plan needs a backup plan and more importantly every backup plan needs one too. We spend months in pre-production on every tutorial planning for the worst and preparing for every curve ball that will come up. From audio problems, weather issues, local gangs, and swamps full of alligators we have to have a backup plan for what will prevent us from shooting our shot lists. 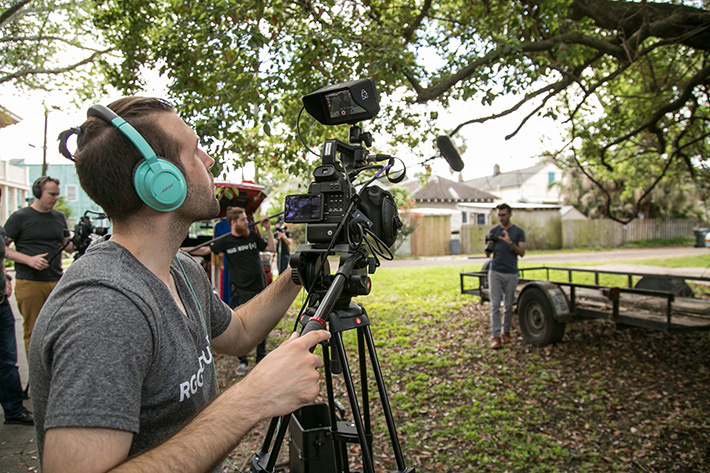 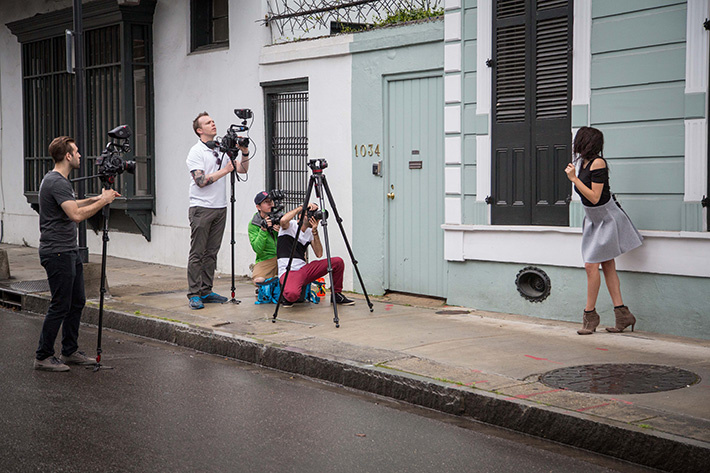 I recently wrote an article about the value of behind the scenes videos, and why telling the story of the production itself can be a useful marketing and recruiting tool. PRO is a company that absolutely sees the value in them, and continually pushes the production of the BTS video to be as good as possible. Gary breaks down the setup for the BTS as follows:

We run two video crews on every production that work together to tell two very different stories. We find a lot of value documenting the entire process and are really passionate about it. The first team of 3 cameras run 3 angles focused on capturing the entire story. The second team of 2 shooters breaks the fourth wall running a wide gamut of cameras perfect for every scenario. We have iPhone 6 timelapses on motion control sliders, GoPro’s mounted in weird areas, C300’s on the Kessler CineDrive, 5D MK III time lapses on Edelkrone 2 axis sliders, a DJI Ronin with a C100, 4K Quadcopters, and general BTS photos shot on various primes.

We’re trying to push the level of photography tutorials the highest production quality available and give the viewer a submersion into the photographer’s world. At the end of the day, if you’re going to be a bear, be a grizzly. 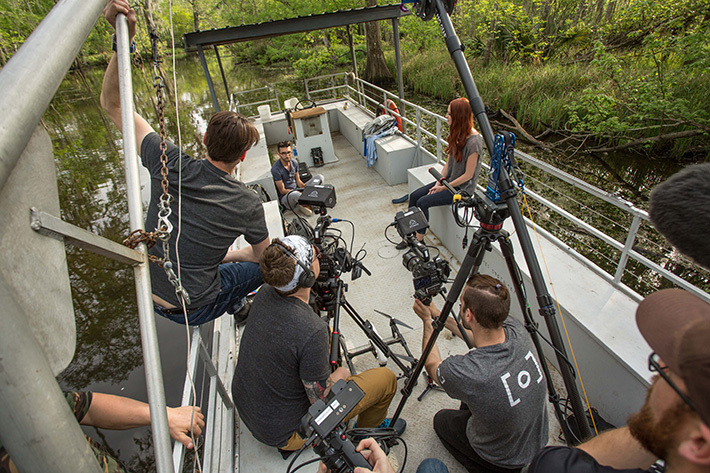 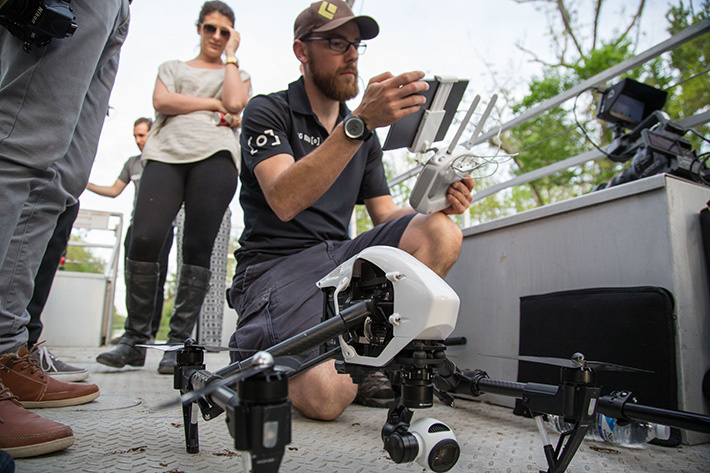 The Natural Light Portraiture Tutorial is expected to be released by May of 2015. To keep posted on the latest from PRO EDU, follow them on facebook. 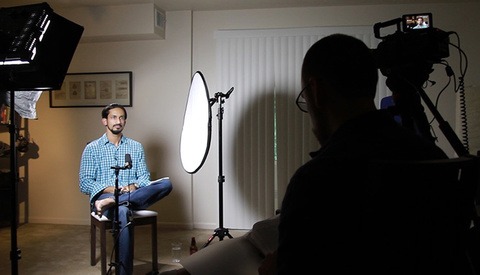 BTS / March 23, 2015
How to Sell Your Clients on Paying for Behind-the-Scenes Videos 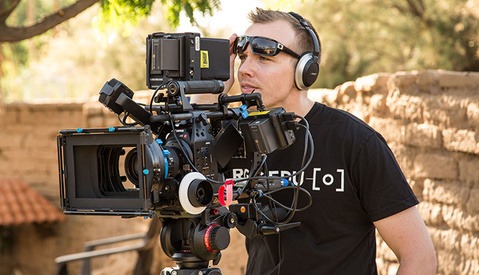 BTS / July 1, 2014
Why Taking On PA Jobs Can Be Good For Your Mental Health And Get You Future Work 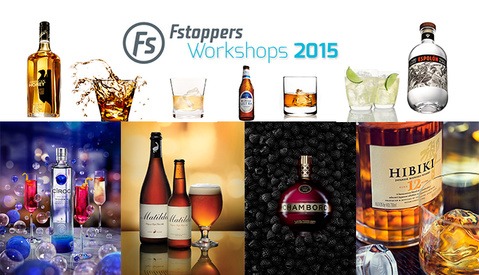 Workshops / February 11, 2015
Master Studio Lighting For Products, Beverages, and Glass In This 2-Day Workshop - Only A Few Spots Left

I'm still waiting for the tutorial :)
Because the Fashion and Beauty was just helpful and so I'm really happy to get new stuff to study :)

Thanks for creating and sharing!

All the best from Germany :)

Sick! Awesome Video. No Doubt this tutorial will be epic.

There's something very special coming with Ben and Dani in it.

I'm really exited to see the special, because both are awesome Photographers :)

"Excuse me M'am, can you stop standing there?" Ha!
Lovin' the accommodations RGG EDU paid for, by the way, Laptop with hard drives in the laundry room. What could go wrong?
But no seriously, good timing on dodging the spring breakers, guys. Psyched for the video!

"Maammm, can you stop standing there!" - Hilarious. Are you really allowed to shoo people away from your set with proper permits??!! :)

Congrats Dani and crew...looking forward to this. You know the actual video is going to be great when the BTS is this good!

Now we just need a tutorial on how to make tutorials!

Great behind the scenes video to go along with all that you have been posting on social media. Also a nice variety of tools I see, from the cranes to the Inspire. Also how do you like the C100? With the price drops Its been tempting on picking on up even though half my work is photography. Still that form factor of the C series seems great for run n gun work.