My Most Terrifying, And Rewarding, Shoot: How I Shot My First National Campaign

Last year I got to shoot my first national campaign for Absolut Vodka, it was an incredible, life-changing, experience.

Late last year I received an email that, at first, I thought was spam. It was from someone I had never met before asking me to shoot a campaign. This was not a contact, this was not a colleague, not even a friend-of-a-friend, but rather a total stranger. Now I did the usual check for scams: Are they paying me in advance? No. Do they expect me to pay their crew from my pay? No. Is the agency legitimate? Yes. After doing my initial safety check, I responded and we worked out the details. I asked them how they found me, and it turns out they simply searched the hashtag "#TorontoPhotographer" on Instagram and liked my work.

Not only was this my first national campaign, but it was also a shoot that meant a lot to me. I would be photographing drag performers, people from the ballroom scene, and getting to use lots and lots of color — three things that I absolutely adore.

On a shoot like this preparation was key. On the same day as the photo shoot, we were also going to be shooting a commercial, which I had nothing to do with, so there were a lot of moving parts to organize. We talked about references, influences, and the general aesthetic the client wanted before going through a rundown of the day and making sure any and all questions were answered.

The Gear and the Prep

After our pre-production phone-call I began to look at and study the references. I gathered my gear the day before the shoot so I could be absolutely sure I did not forget anything. This gear included my trusty Fuji X-T3, the 16-55mm f/2.8, a couple of Cactus RF60-Xs (I knew I would only need one but I brought backups, which I'm glad I did), spare batteries, a C-stand, a sandbag or two, a light wand, a 36" deep umbrella softbox, a Rogue Flashbender (well, a knockoff) and some gels. I set all of this stuff aside and ready to grab and go first thing in the morning. By preparing the day before I was able to double, triple, and quadruple check that I had everything without morning grogginess.

The shoot day started at a rainy 7am, we all arrived at around 06:45 because if you're early: you're on time, and if you're on time, you're late. While I was shooting photos, there was also a video crew shooting in the same space at the same time. The studio was a huge loft with beautiful natural light filtering in, and the first thing we did was block it all out so we could light the room with our own lights. I had a long shot-list, needing to shoot drag queens, dancers, influencers, and designers so I started to set up right away. I decided to set up my space like it was a photobooth. One simple lighting setup that would allow me to get as many people through the shoot with as little fussing as possible.

A rough look at how I set up my lighting.

I set my softbox to be high up and pointed down giving a large wash of light over the subjects. The room was rather dark, especially in my little photo corner, so I set up the light wand at full power with a blue gel to help contract my subjects' iris and prevent "alien eyes." While I was setting up we wheeled in two giant, eight-foot-tall, light-up Absolut bottles. One for the photoshoot, and one for the video shoot, this allowed us to each have our own prop and not need to share which would have slowed us down to the point of not making our days.

There were three main setups I needed to get. The "Photobooth" as I called it, group shots, and a "triple shot." The photobooth was my main focus for most of the day, getting different subjects when they weren't in the video in front of the large bottle. As for camera settings, I generally shot on the wider end of things because I needed both the subject and the Absolut bottle in focus, so I tried to keep things wider than 35mm and at least f/8.0 for the shots of the dancers. I decided to avoid using a tripod as I needed to be mobile: I didn't want all of the photos to look identical and I wanted to get dynamic angles and really accentuate the movement of the subjects. On top of that, since I was photographing dancers, I wanted to be able to move with them instead of forcing them to be in one single space.

Sometimes I had to turn the flash off because of the video going on, but I still got some shots I'm very proud of.

On set we had a movement coach who would help the dancers and, more importantly, the non-dancers to get the shots and poses we needed. I only had a few minutes with each person to form a fast bond, make them comfortable, and get the shot. One way that I made the people comfortable in front of the camera was instead of just asking someone to make a motion, I would perform it. As someone that isn't exactly graceful, it helped the talent show that it's not that serious and they can be themselves because I was being myself.

The hardest shot of the day, was also the last shot of the day. It was the three main "Changemakers" all together, in and incredible deep-focus shot. Now there was two ways for me to do this, focus-stacked and composited, or all in camera. I decided to do the latter. Why? I couldn't tell you, focus stacking would have been far easier on the day. Even at f/8.0 I didn't quite get all three in focus, but the client loved it so it all worked out.

The lighting setup for this shot was quite a bit different. Instead of one light high up, I decided to set it camera right almost like the worlds largest on-camera flash. I also set up a second flash camera left with my trusty flash bender pointed straight at Randell in the middle as he was a little too far from my key light and getting lost in the shadows.

We actually shot three versions of this photo, one with Bobo in front, one with Randell in front, and one with Bree/Hailey in front, but the only one we ended up using is the photo you see above.

Three of my shots in the wild

The result of the shoot was seeing my photos across three major markets across Canada, Montreal, Toronto, and Vancouver, as well as various social and digital channels including the absolut.com website. It was incredible to see my photos out in the wild around Toronto, including a painted version on a huge wall. It was an absolutely life-changing and career-confirming shoot that I can't wait to do again and again.

What I Would Have Done Differently

Overall, I learned a lot on this project. Some things I would have done differently are definitely use more lights. Beg, borrow, and steal some; I should have had more sparkle in my subjects' eyes. I also would have liked to stuff a couple of lights into the Absolut prop so I could have shot with even deeper focus, and a lower ISO, without losing the light entirely.

Overall though, my main takeaway is that I should have breathed more. I totally skipped taking a breath and enjoying the moment. The whole day ended up being a bit of a blur but, with more campaigns will come more chances to get used to it all.

Have you ever shot a campaign? Do you want to? I'd love to hear your stories below! 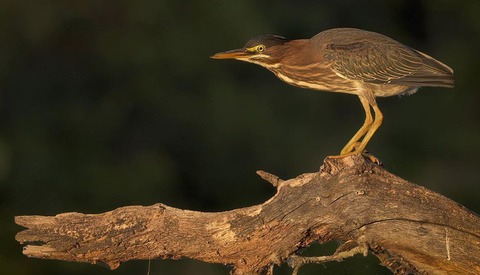 It's so good to see your vision behind the campaign!

I had the opportunity to attend the casting and call-backs, but didn't make it into the final roster - maybe our paths will cross somewhere in Toronto!

Thank you! I think we may have met very briefly at ProFusion last year, actually (VERY briefly)

I'll make sure that our encounter at the next ProFusion won't be so brief!

How client reviewed the photos? You had really long cable allowing you to move?

Client was more concerned with the videoshoot so I didn't have to tether.

Congratulations on a job well done and caring enough to actually learn from it. I have done a few large projects and find that the hard work is done well before the shoot day. Often times, the job changes during the shoot and you've got to trust in your experience and just keep moving. Continued success in your career.

Must have been nerve-wracking! Well done.

I was wondering what a "Natonal" campaign was in the headline. Obviously spellcheck not being used. You should ask them to fix that - that's not your error.
Well done on getting the gig, looked like you have to spend alot before getting paid.
It's not the look I would personally like but its about selling the drink to the clients who might buy it so you know your audience. It's a big job and you carried it off well. I hope it leads to other work for you.
I don't think it would sell as well if it showed the true impact of Absolut vodka on people. As they warn please enjoy their products responsibly but that would probably reduce sales if people actually did that.

My favorite shots are the ones of your work in the real world. I think we all get a kick out of seeing our stuff out there, and I can imagine how much fun that was for you.