As advanced technology becomes more affordable, we seem to be seeing more and more photographers and videographers using robots to help them create jaw-dropping work, which requires precise movements. These machines are no longer only in the domain of the likes of NASA, Google, or Hollywood — and that's really exciting.

Steve Giralt is a commercial photographer, director, and visual engineer, based in Manhattan, NYC. Chances are, you have seen his work before — his Hershey's S'mores advert and BTS video were seen by millions about a year ago, and many of his creations have been on display at Madison Square Gardens and Times Square. As Instagram accounts go, his has got to be one of the most illuminating and fun professional videographer accounts out there. I love posts that show behind the scenes stuff, especially relating to commercial photography and videography. Not only are we treated to his insane visuals, but we also get to peek behind the curtain so, to me, he is using the platform to its full potential. The advantages to BTS posting are many — as long as what you're doing is good —  but most importantly, they spread organically because of their viral nature, eventually landing in front of the eyes of potential clients. It's smart marketing, and he has it down to a T.

In the video, Giralt gives us a brief rundown of how he uses his robots to fill a container with various liquids and ice, while filming it with a Phantom VEO 4K camera, which is also on a robotic arm.

But what if you can't afford robots and a slow-motion camera? Like he says in the video: "just start small." No one ever started out with the best of equipment, except maybe working as an assistant back in the days of old, but basic movement tools are more affordable than ever. 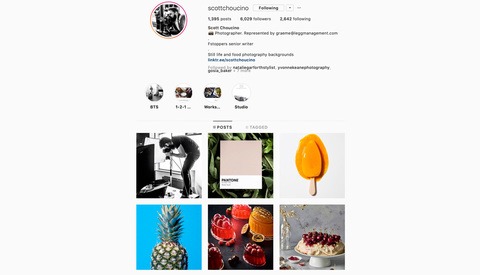 This might be an unpopular opinion here but it would make a lot more sense to do most of this stuff with CGI.

I believe you’re mistaken - the cost and latency of iteration is far greater in CGI, and sequences would have to be meticulously planned out with less room for experimentation. Once you have the equipment and know-how to do it in camera, you can experiment and iterate quickly. Also, sometimes cool stuff happens by accident in real life, which is not the case in CGI.

Finally, getting CGI fluids etc. and foods to look truly organic is very tricky and expensive. Much easier and cheaper to do it for real.

With CGI you need less planning. You just place your objects, cameras and lighting the same way you would with any other shot. The difference is it's realtime and everything is active. CGI fluids have come a long way. You aren't stuck with using real gravity or physics though. As far as food goes that isn't difficult or expensive either. Using something like the quixel megascans Library gives you access to pretty much anything. If you are going for a more creative look again everything can be tweaked to get that look and you don't need to worry about the food looking different from shot to shot due to the lighting and temperature.