It seems like Stillmotion is never content sitting still for long. These Portland based filmmakers have spent the better part of a decade chasing their dreams and doing so on their own terms. The one consistent thread for Stillmotion has always been executing amazing stories that need to be told. Their client list is as unique as the stories they chase: Canon, The NFL, Callaway Golf and Apple just to name a few. I had a chance to chat with Patrick Moreau of Stillmotion about one story that turned his life upside down and why he and his team have spent this year chasing it.

Patrick, can you share a bit of a quick overview of how your team has grown over the past 9 years and where Stillmotion is at?

Stillmotion started in a college dorm room - Amina and I dreaming of ways to bring our ideas to life. Both being Psyc [psychology majors], we found ourselves with ideas we wanted to explore and share, and documentaries seemed like the perfect medium.

We used our student loans to get our first camera, fell into a wedding, and told the story the way we’d thought somebody might want to see a wedding film. It took off and we had 30 weddings by the end of the next year, still while full time in college.

Initially, we had plans to continue with our education but we came to a point where we had to choose one path. We chose Stillmotion.  Those weddings eventually led us to a call from Canon who wanted to feature one as a commercial for the Digital Rebel on prime time TV. Then the NFL saw a wedding and brought us out to the football field. CBS then saw what we did on the football field and asked us to do a documentary on the Army and Navy.

We were very fortunate to win several Emmy’s for our work on that documentary, and it was one of the last pushes we needed to go out there and make our own films. Over that period, we’ve grown from Amina and myself to a team of over 12 that are incredibly passionate, talented, and collaborative.

While my name is often associated with much of the work Stillmotion has done, the truth has always been that our true strength is in the team we have and how we build together.

Can you share a quick synopsis of the documentary?

Only a 9-year-old would dream that a lemonade stand could free 500 enslaved children. What followed became so much bigger.  Upon seeing a photo of two enslaved boys in Nepal, Vivienne embarked on a journey to free them with lemonade. Making her stand day after day for 365 consecutive days, the world has begun to take notice. Vivienne is our window into a dark reality of slavery in the world today.

With stories from Nepal, Namibia, the Dominican, and Ghana, #standwithme is a journey across the world that brings us toe to toe with those we are standing for, those enslaved, and helps us understand the power of our daily decisions.

Up until this point, what was your experience with shooting full-length documentaries?

That word ‘full-length’ is really the new thing for us. We’ve had tons of experience making 5, 10, and 20 minute pieces that are documentary in style. Building that into a feature length film is very new to us.

We DP’d and provided much of the camera work for A Game of Honor, a CBS/Showtime documentary on the historic Army and Navy football rivalry. In making this film, we often cut our footage for CBS, and spent the last weeks in NY trying to help in post and however else we could. Pete Radovich, the director, was awesome at inviting us inside the process and allowing the team to contribute. That documentary went on to be nominated for more than 5 Emmy’s and won 3, including best sports documentary.

This year we really wanted to focus on our Originals side, content that we produced and directed, and stories that we led the telling of. This past year we shot several of our own TV pilots. After going through post, doing focus groups, we took our three ideas and had one that we really cared about.

We continued to develop that as well as looking at other longer format stories. While in the midst of that search, we came across Vivienne and #standwithme was born. 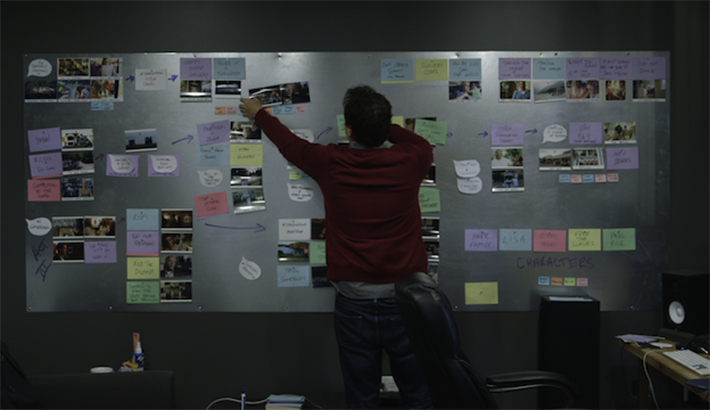 What differences did you find shooting a 5 minute story vs. a full length. How were you forced to change your approach?

For us, every story we tell lives or dies in the pre-production. We can spend months developing a 3 minute commercial film, and it wouldn’t be a stretch to say that that doesn’t always feel like enough time.

Going from a 5 minutes piece to one that is now 72 minutes really demanded that we put our planning and pre-production on steroids.  Shooting a shorter piece often means that we have a much higher ratio of production time to screen time - most of what we shoot ends up in the piece in one way or another. If you now take that 5 minute piece and stretch it to 72 minutes, cutting a shot in the short form is like cutting a whole 3-day shoot out of the long form.

As you get into a longer form piece, you start finding yourself swimming in a sea of ambiguity and needing to find your own anchors to help guide you. If you can develop your purpose and angle for a short form, it is often a short jump to them develop the scenes and shots you need to bring it to life. With this film, the story was developing in real time.

One day Vivienne gets the call to ring the bell on Wallstreet for Twitter’s IPO. What do you do with that? How does it fit? Does it fit?  And so we found ourselves really trying to bring the mantra of plan to be spontaneous to life. We prepared as much as we could so we could be present in the moment and change directions as the story evolved. We made storyboards after our first discovery shoot and then continued listen to the story and iterate as we went.

Now that all is said in done, the heart of the story is the same as those first storyboards, but our fourth version that we landed on is much broader, bigger, and worldly.  Looking back, I can say that for us longer form pieces take more patience, they have a much greater complexity, they often reveal themselves to you as you go, and they come with many more turns in the road where you need to allow your heart to be broken and kill one of your favorite scenes for the strength of the overall story. 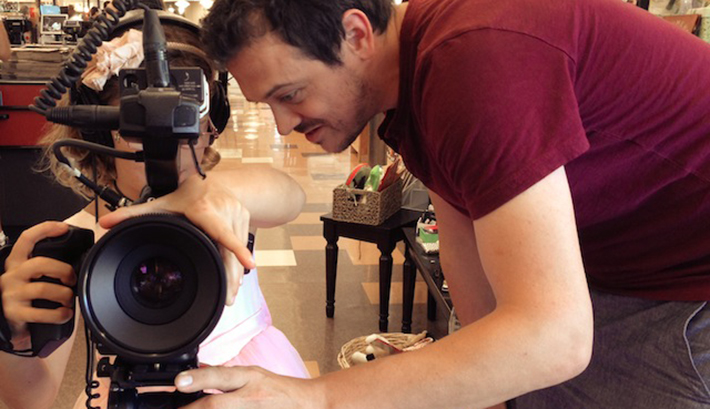 Many of us followed you via social media as the project unwrapped and noticed that you made a huge push for Sundance. Can you share that reasoning and result?

We are new to the idea of making our own films and trying to bring them to the world. We certainly aren't experts in the world of festivals and distribution and we often feel like we are trying to drink from a fire house and we try to learn about that world.

From the onset, we believe that we are making this film in a new way. Our studio has provided the majority of the funding, we are directing, producing, providing camera work, post, and sound for the film. We are bringing this piece to life as a team of storytellers that are all connected to what we feel it can be, and has become.

We wanted to try the conventional methods of festivals, but we also didn't want to wait for things to come to us, and we wanted to embrace the unconventional approaches that could invite our community to be a part of this. We timed both so that if we got in to Sundance, it would only help our other ideas. If we didn't, we would be full steam ahead on our own plan.

We made a strong push for the Sundance deadline, and at somewhere around 5-6am we did submit #standwithme in time. At this point, we knew we had to produced a completed film with about 60% of our story - we had none of our international travel to Namibia, Nepal, Ghana, or the Dominican. We knew this would be a challenge but we dove in head first and gave it all we had. 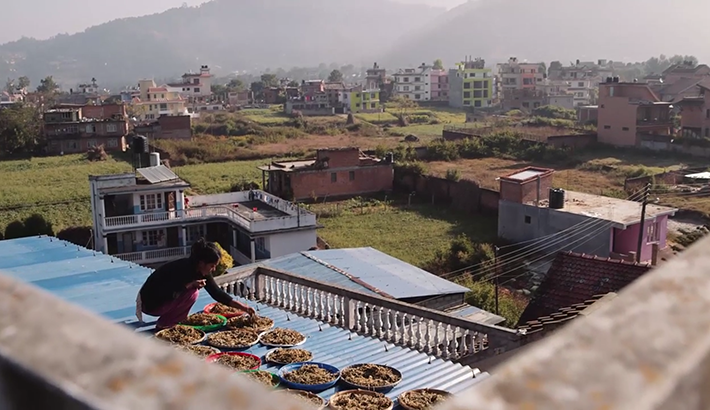 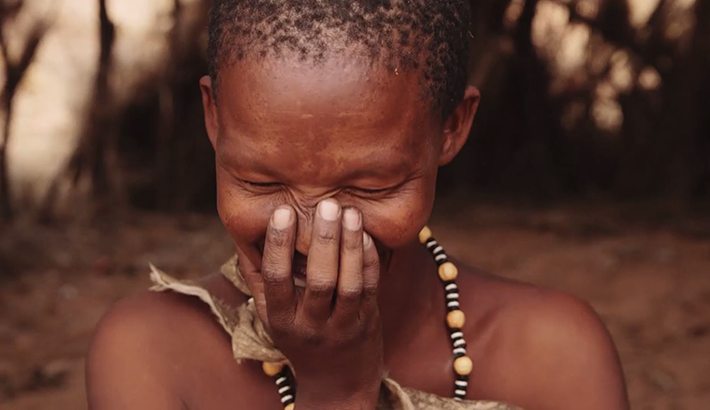 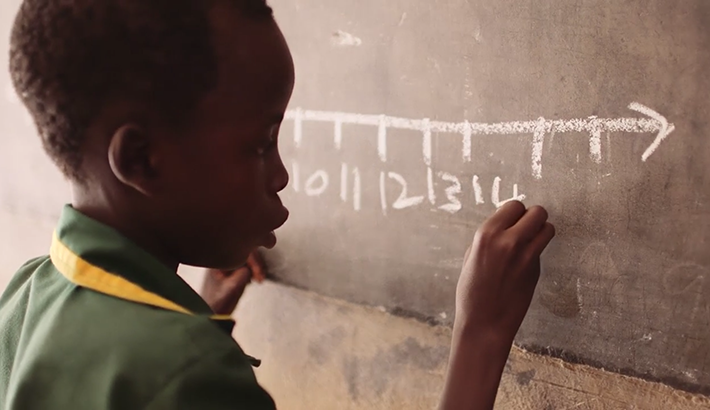 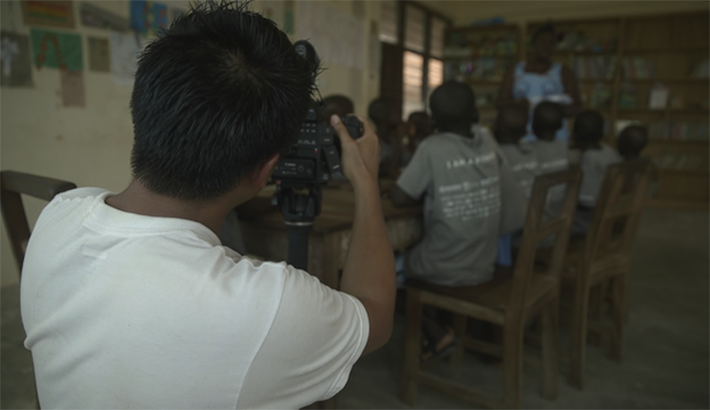 We didn't get in, and well I can’t comment on why our film wasn't chosen, I can say that from that cut, revision 33, to the final film, revision 45, we have made dramatic leaps forward and we couldn't be more proud and excited to bring this story to the world. We had hoped to get in, but it certainly doesn't take away from the film we now feel we have created.

And so we are off on our journey to bring this straight to the world. Vivienne’s story happened because of community. She stood for something and her community stood with her. We heard of her story and knew we could use our skills as storytellers and filmmakers to really amplify her voice.  As we got close to completion, our community stood with us and submitted crowd- sourced footage from around the world. Now that we are bringing this out to the world, we are again inviting our community to stand with us and be a part of this.  We are bringing the film across the country from Feb-April with 30 Premieres and a workshop Storytelling With Heart. We’ve partnered with Tugg.com to purchase theaters in each city and will shortly be able to use their platform to allow additional screenings in new cities or countries using a tipping point model. Tugg will also let us screen to church groups and other organizations that have asked to share the film.   We have volunteers in all 30 cities that are helping put up posters and invite local groups and organizations out to the film. We are inviting the top Instagrammers in all 30 cities to help us build the community around Vivienne’s stand and the power of knowing the story behind our products.  This story happened because of community. We are now inviting communities to stand with us as we try and bring the film straight from the field to theaters across the country. It’s so very exciting to think that it will be less than a year from when we first met Vivienne to when this film will be screening in San Fran February 1st, 2014 for the Official Premiere.

What can Fstoppers readers do to help support your project?

There are two main things you can do join us.

We know this. When people see the full film, it inspires through seeing Vivienne’s journey, it educates through our heart-wrenching adventure to the front lines of slavery, and it empowers by sharing the simple things we can do in our daily life to make a difference.