How To Upgrade Your Photography Without Breaking the Bank

So, you’re starting to think that you really want to grow and try something new with your photography, but don’t have the funds for a new camera? Well, there’s a good chance that you can make significant upgrades to your productivity without breaking the bank.

Everybody loves new cameras. Cameras are like quarterbacks. They receive all the glory and all the blame. But just like football fans tend to forget that, without a left tackle, the Golden Boy quarterback wouldn’t be half as effective, we tend to put too much emphasis on cameras as the sources of our technical restraints and overlook all the tools that come into play in creating a picture.

I am more guilty of this than anybody else. Despite having more amazing cameras currently in my possession than I ever could have dreamed of, hardly a week goes by that I don’t find myself longingly looking at the newest cameras to hit the market. Of course, being minor technology geeks is likely part of the reason many of us become photographers in the first place. But actually acting on these obsessions can often be far less of a boon to our image-making than the manufacturers would have us believe. Oh, and doing so will definitely not be a boon to our bank accounts.

Believe it or not, I am actually not a technology freak. I like having great tech. But what really gets me going is efficiency. There was a great scene in one of the early seasons of “Arrested Development” where Michael Bluth bought his son, George Michael, a train set. The woman Michael was dating couldn’t wait to see how excited the young boy would be to be able to play with a new train set, to which Michael dryly responded that the only thing the preternaturally business-minded George Michael would be excited about was the opportunity to carefully file the receipt. That’s kind of like me. I love the train set. But I really love the increased efficiency it might add to my workflow.

This desire for efficiency is usually thrown into overdrive in the days right after shoots. In addition to doing a post mortem to determine how effective I was creatively, I also tend to obsess over how I could have been more efficient on set, what did or didn’t work with my gear, and how I can go about improving the next time. Usually, this is what leads me to the "better camera" obsession. That inevitably leads me to look at my bank account, which then leads me to wipe tears off my cheek as I close out of the B&H website.

But what if there was a way to increase that efficiency without breaking the bank? Well, turns out there are multiple ways to do so from low cost to completely free. They simply require a change in perspective. 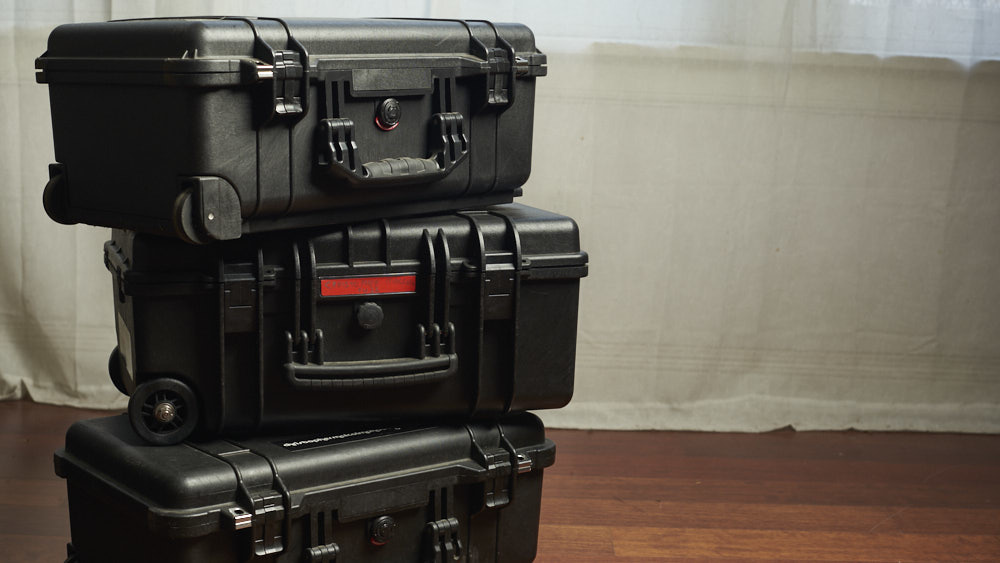 First, let's establish two basic facts. One, there are times when you need a new camera. For example, if your client is demanding a 4K deliverable, and you only own a 1080p camera, you will need to upgrade (or rent). That is a technical requirement by a specific and already booked client and you need to meet that need. The second global truth, however, is that for 99% of all remaining scenarios, it is highly likely that whatever camera you already have in your possession is most likely capable of handling the job. That’s not always the case, as mentioned in point one. But we photographers have a way of convincing ourselves that we need the latest and greatest technology rather than simply wanting it. In reality, most cameras released in the last 5-7 years are more than capable of handling 99% of the tasks required by our clients today and probably will still be capable of doing so 5 years from now.

But you still want to increase efficiency, so what do you do? Well, the answer for me has been fairly simple. Rather than constantly “upgrading” my camera body, I have instead chosen to focus on the myriad of tools that go around it. To go back to our football analogy, while the quarterback’s face may be the one on the marquee, I’ve gone about beefing up my offensive line as they are the real reason the team might win the Super Bowl.

So, instead of new camera bodies, I’ve instead focused on things like lights and lenses. Even those things get expensive, so more than even lights and lenses, what about things like follow focuses, light stands, and grip equipment? Sure, getting a few pieces of metal and a piece of fabric in the mail isn’t nearly as exciting as receiving a small, fragile, and carefully packaged box full of the latest and greatest camera technology.  But adding the ability to soften light through a large overhead frame and shape it how you want it is going to be a far bigger improvement to your photography or filmmaking than an incremental improvement in autofocus performance.

Or, you put so much emphasis on autofocus, but how much time have you spent thinking about the glass you are putting on the camera body? Spending all your money on a body and then skimping on the lenses probably won’t lead you to your images being any sharper. Why not reverse that equation and focus on lenses first. After all, that body is likely to be replaced in 3-5 years. Quality glass can last a lifetime.

Recently, I took that even a step further. The more new cameras I try, the more I realize that my four-year-old D850 continues to be the most effective tool for the job for me in most cases. That’s not saying there aren’t cameras with more bells and whistles. But, in real, practical terms, there is very little that I am unable to do with it and aside from jobs requiring medium format, I can’t honestly say that there are any legitimate client needs that it is unable to meet. At least when it comes to stills. The one somewhat restricting thing, however, was my limited lens lineup. I had all the key lenses that I use every day, like the 24-70mm and a fast 50mm. But, otherwise, the lens lineup was spotty or occupied with the not-so-great glass held over from when I used to be more of a general hobbyist a couple of decades ago.

Not meaning to allude to any mirrorless versus DSLR debate, I can say that one of the decided benefits of keeping my D850 for the time being as mirrorless grows is that there is an absolute sea of quality high-end used F mount lenses available in the secondary market. Sure, they may not be as exciting as the newer glass. But, again, it’s not about the train set, it’s about the efficiency. And suddenly, I went from having one basic zoom with a couple of prime options to having every focal length from 16mm to 700mm covered for about the amount of money it would have cost to buy just one of the newer lenses. Do I get to brag about having the most talked about the lens on YouTube? No. But did my options as a photographer just expand tenfold without breaking the bank? Absolutely. 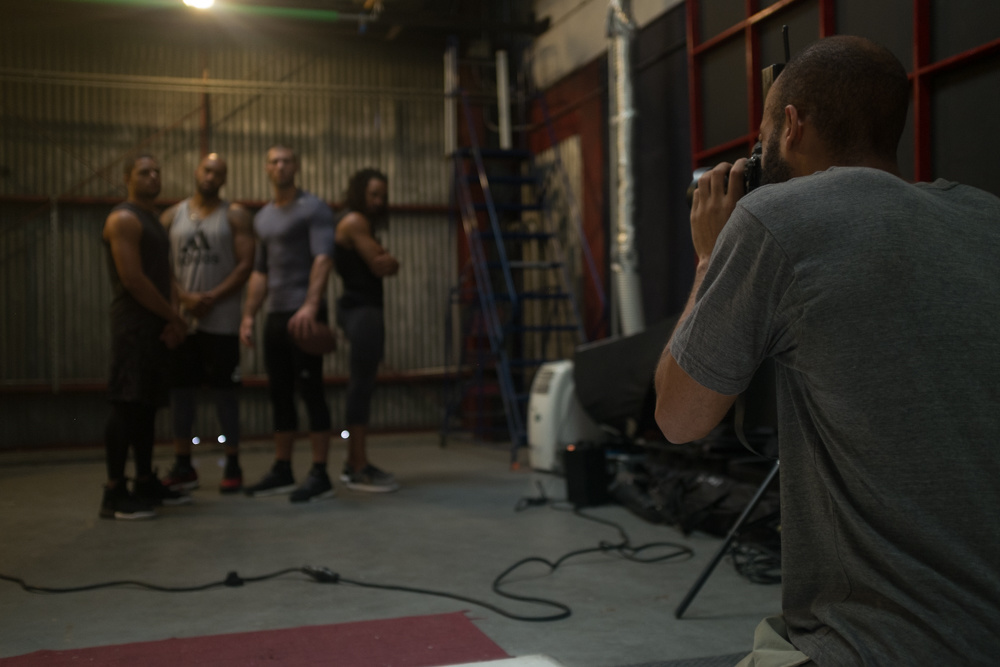 Then, of course, there’s the very best way to improve your gear without breaking the bank. In fact, this method is completely free. What is this magical method, you might ask? Simple, take the time to learn more about your camera.

I’m fully aware that the last point sounds incredibly obvious. But really, take a moment to think about it. How many of us really take the time to dig into our cameras? Read through the instruction manuals. Actually, take the time to know what every single line in the multipage camera menus actually means and how changing those options will affect your image. I know I tend to learn the functions I need for my job, but pay very little attention to that weird line item on page 8 of section C of the submenu. But knowing about that one thing, as small as it seems, may eliminate the need to buy a new camera at all. If I had a dollar for every time I’ve complained about one of my cameras and how I wish I could do this thing or the other, only to realize that I actually already could do those things but just didn’t know how, I’d be a rich man. And an even richer man because it would have saved me from “upgrading” cameras to get a feature that I already had all along.

Obviously, this essay isn’t meant to talk you out of buying your dream camera. Nor am I committing publicly to never spending another dime on a new camera body. But, as I’ve shifted my gear strategy away from a focus on cameras and more on how to get the most out of the cameras I already own, I have found my efficiency and effectiveness behind the camera has grown, while drastically reducing the strain on my bank account.

Gear / May 22, 2021
The Change From DSLR to Mirrorless Is Not Like Film to Digital 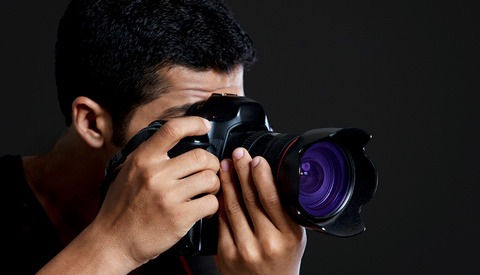 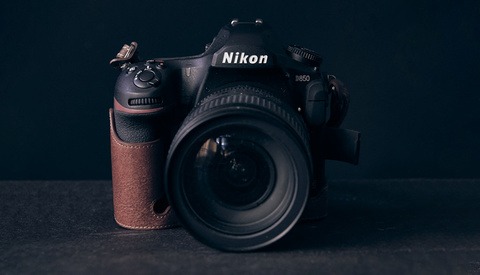 The feature is nicely written and encourages photographers, particularly enthusiasts, to carry on this mind-soothing performing art. However, it is close to the ground reality not, complete reality.

Nikon D850 is the last DSLR of this serious that was launched in August 2017. Therefore, it’s not an old camera. Despite being a Canon user, I can safely bet Nikon D700 will produce stellar results that will successfully compete against D850 or even batter it in few areas. If no cropping is required; D700 with its bigger pixels will perform better in low-light conditions and produce cleaner images. I’ve seen D700 outputs – rest assured that can compete with anything produced by any DSLR even today provided cropping is avoided. Also billboard size prints are not contemplated in this case. But large sizes for hanging on the walls are most welcome.

Again, we enthusiast photographers are purely photographers, not videographers. We use cameras strictly for still photography purposes. When I need serious video work, I call a pro videographer who captures footages with dedicated video cameras. If I ever decide to record videos myself, I’ll definitely use a camcorder in order to remain assured that this equipment will get the job done.

Thank You for the article Christopher. Curious about the secondary markets you are using....FB Marketplace and KEH have been mine....looking for others....expanding my lenses are next for my kit.

I usually go with KEH. I haven't tried MPB yet, but I've heard good things.

"For example, if your client is demanding a 4K deliverable, and you only own a 1080p camera, you will need to upgrade (or rent)."
My general rule of thumb is needing to rent it at least 3 times. Then it becomes obvious that is a real need versus a want.