How Culling the Color Blue Can Improve Your Images

I don't have a vendetta with the color blue, or any colors for that matter; that would be odd. I do, however, remove the color blue either entirely or nearly entirely from the lion's share of my images, and for good reason.

Toning photography and videography is age-old and crucial to high quality, commercial work. A simple way of doing that is complementary colors, sometimes in the shadows and highlights, often using teal and orange respectively. With stills photography, however, proper toning is often as much about exclusion as it is inclusion. What this alludes to is the limiting of a color palette. 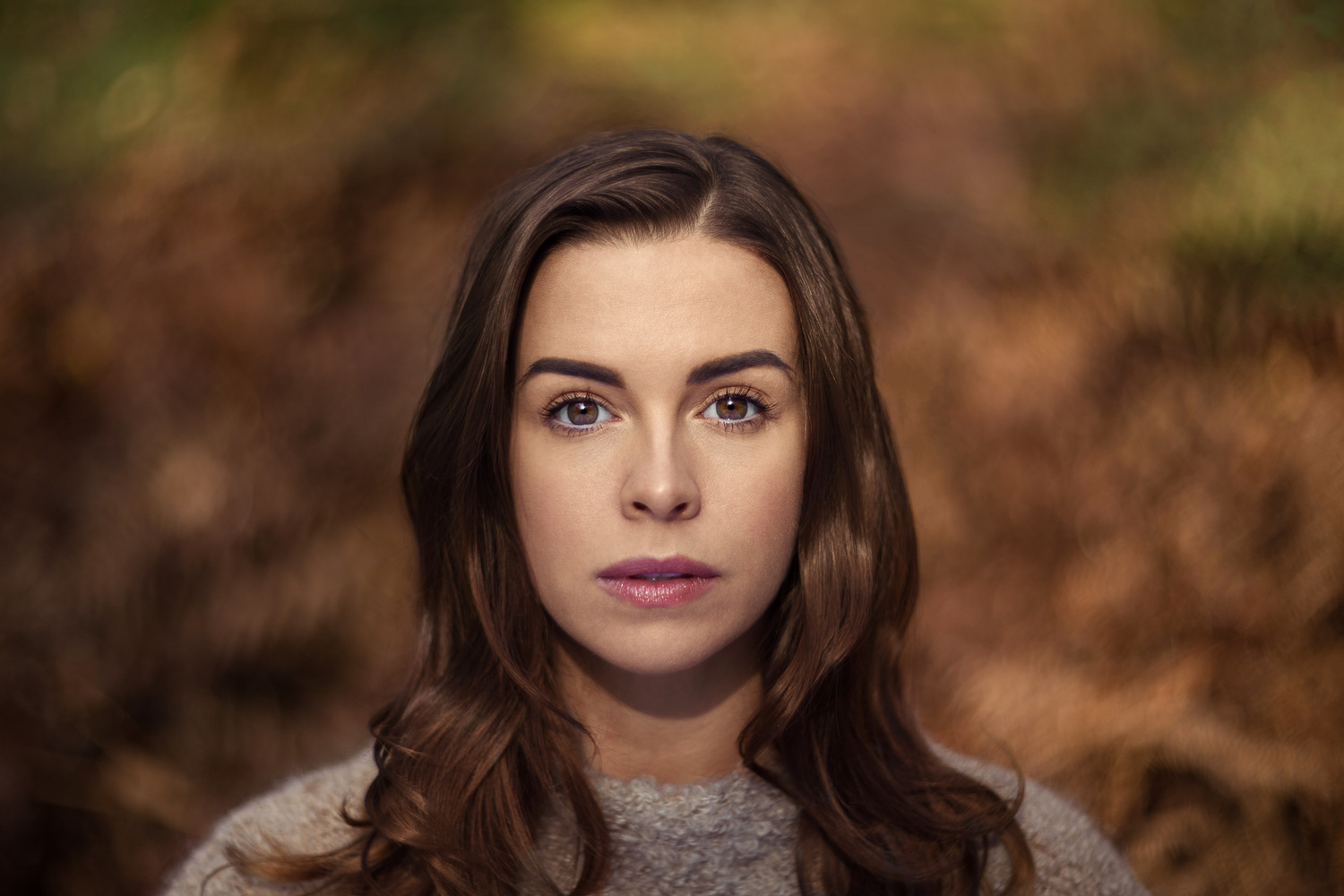 The best images have carefully chosen color palettes before the shoot takes place and particularly in fashion and commercial work, this can be crucial. However, there's an easy entry level way of approaching the same concept: removing colors that serve no purpose in your image. The most prevalent offender is blue. Blue finds its way in to almost every image you take even if properly white balanced. You will often see it in reflective surfaces and sometimes shadows and you will be so used to looking at it, that you might forget it's even there, hiding in the whites of someone's eyes or the reflection a product. Grab some of your old images and open them in Photoshop, Lightroom or whichever editing suite you use, then raise the saturation of your blues by 100% and see how common they are.

Some time ago when I started working on commercial images of watches, I realized that the glass and any metal or reflective surface often had blue hues. I began to ask the question "what is the color blue doing in this image?" Sometimes it's important; it's the color of an item of clothing or product; the shade of the sky or general atmosphere of a scene, and that's fine. But if it isn't, if the key elements of your image have no blues, then purge them. It's remarkable how much of a positive impact limiting colors can have. I do a lot of commercial work for watch brands and unless blue is a theme or feature, it gets removed completely. 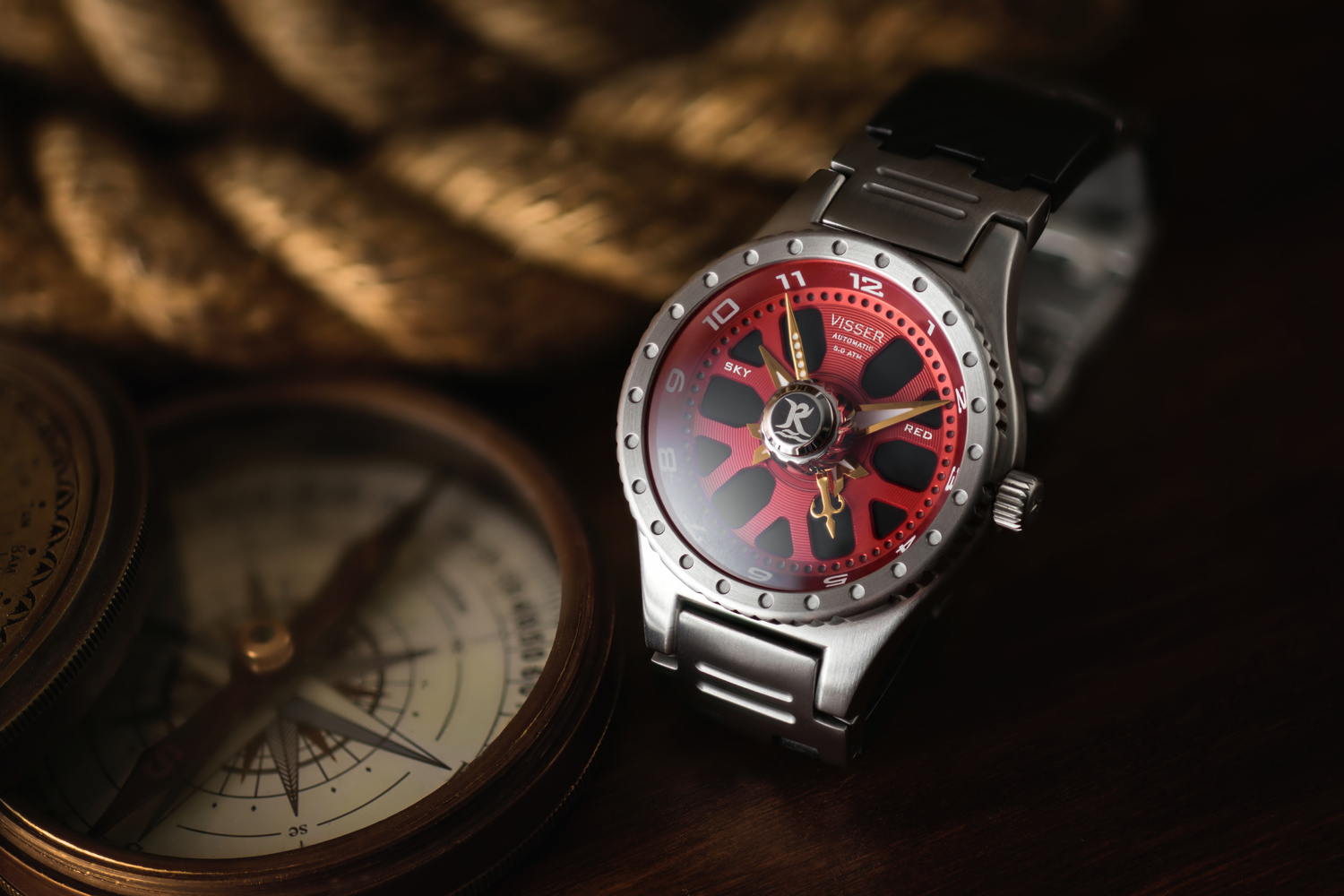 The more you declare war on rogue blues in images, the more you will notice that it's a common practice visible in even the highest of photographic standards.

This first example in Vogue is perfect as I can guarantee there would have been a high amount of blues spread around the image. The final edit is completely neutral with regards to the warmness or coldness of the tone and while this might be pleasing on the eye, it's not natural, although it doesn't look odd or out of place here. As it's indoors and scene is full of reflections and glass, the chances are there were blues seeping in left and right and some oranges from the indoor lighting. The blues have been completely removed in this shot by fashion photographer Gregory Harris, something I often see in his work:

The below image is a beautiful example in Vanity Fair by Norman Jean Roy. In warmer images, it's much more straightforward a decision to remove any blues and completely congruent with the scene. You might even be fooled in to thinking images like this didn't have blues to begin with, but that would be to underestimate just how sneaky those blues are! (The color blue, that wasn't a racial slur against Smurfs.)

As I have mentioned, it's not always the case that you have to choose between all or nothing. In fact, it's arguable that this technique is more powerful when used in conjunction with a feature that is blue. For example, in the below image of musician Gary Numan, there were blues everywhere. We shot this on a sunny summer's day in the middle of the afternoon, outside and surrounded by reflective surfaces. His black shirt, black hair, the whites of his eyes, the reflections of the concrete... everything had a bluish hue to it. So I was more than happy to sap those blues from the image as they weren't adding anything to the composition, however, his piercing blue eyes are crucial to capture and making them the only instances of blue just adds to their impact. 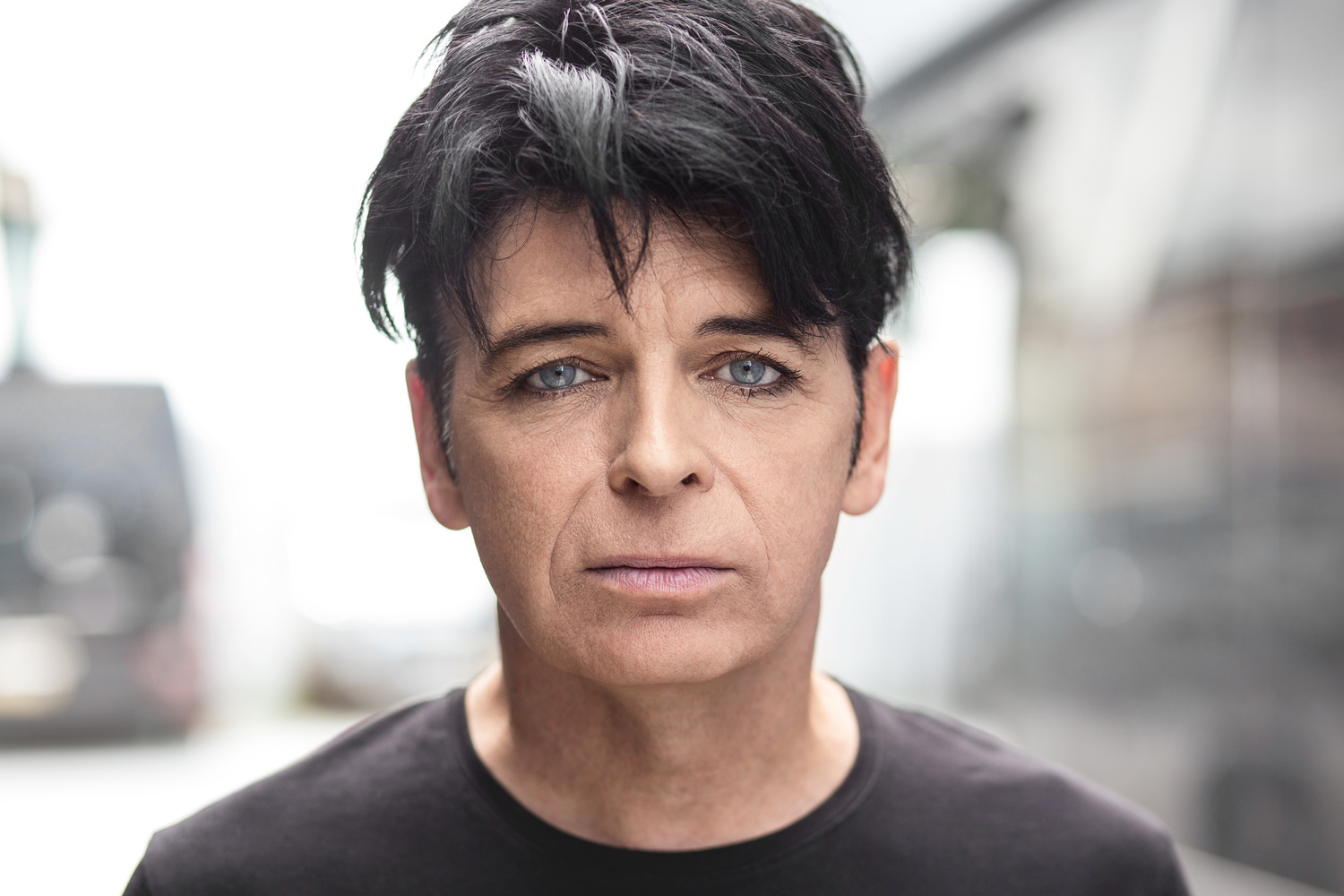 There are three warnings I would like to offer. The first is to make sure removing the blues makes sense. Sometimes images have lots of blues that perhaps you didn't intend but that make up the scene and removal of them would lead to a disconnect between what our eyes are used to seeing and what the image portrays. The second is the temptation to remove all colors you don't like from an image. I admit, I tried this too. I hopped in Lightroom and scrolled down to the saturation sliders: "Magentas... 0, Purples... gone, Cyans... no thank you." This can end up leaving you with a patchy image and grey areas where colors just aren't as linear as you might like. Finally and conversely, sometimes you will realize that blue is playing a role in the general atmosphere of the image. If that's the case, perhaps bring that out as much as possible but remove it from unwanted areas; the opposite of the Gary Numan portrait. Below is an image for a watch client I shot at blue hour and the scene was genuinely blue throughout. I loved the way it looked, but it didn't properly represent the blacks and golds in the watch, so I limited how much blue was in the product so not only would the product be accurate with regards to color, but it draws the eye even more. 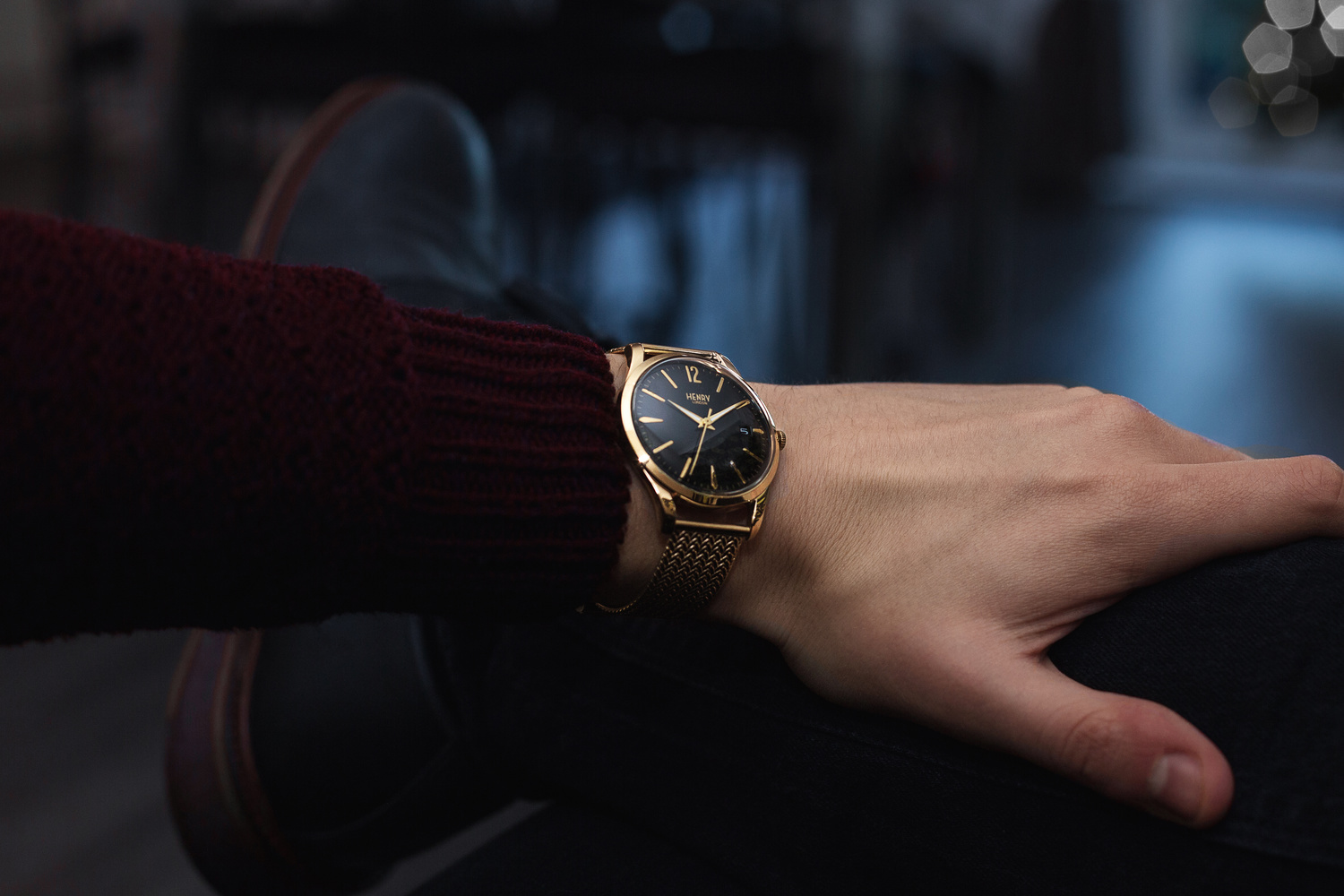 How do you approach colors in your photography? Do you have any tips for the control of an image's color palette? 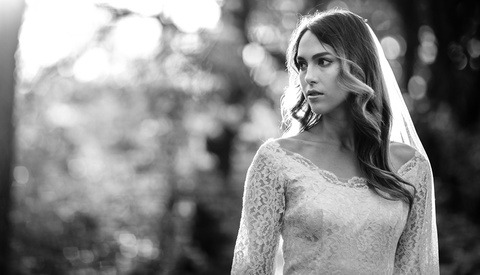 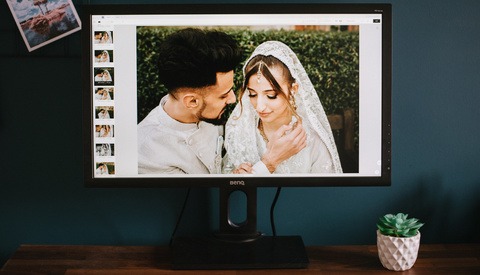 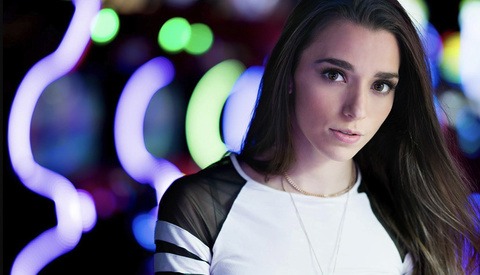 Education / December 13, 2017
Follow a Photoshoot From Conception to Finished Image 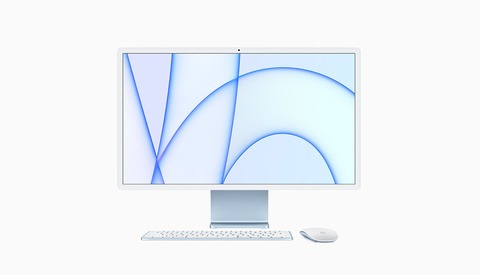 I do this pretty regularly in my real estate photography mainly because I'm dealing with mixed lighting scenarios and I'm mostly reliant on HDR since I'm generally not given the type of time I would need to set up proper lighting, much less measure and gel them for proper color temperature.

Ideally, however, I would think that this kind of issue should be dealt with by gelling your lights so long as you're in a controlled environment and have the time to do so.

Basically, the idea is to de-saturate BLUE completely from certain images to make them more pleasant. In general, it's a useful quick and dirty fix when you're dealing with a mixed lighting situation that you don't have a whole lot of control over. An example would be a room with tungsten color bulbs that has a window, which will create a blue color cast if you WB for the tungsten lights. You can also get the same effect if you're using a flash without gelling it properly for the color temperature of the ambient light.

No, No, like I get it. I've just never felt the need to pull the blue out of photos or ever had an issue with blues? I shoot alot of product and have never had this issue.

Generally speaking, if you have control over your lighting and are taking proper precautions, it's a problem that you can largely avoid.

The unpleasant blues usually come when i shoot in overcast conditions. As you mentioned, reducing them helps to give a better output. :)

Why not gel your lights to match if in a mixed light situation? or flag/reflect into foamboard if it's direct reflection.

I didn't use any reflectors/ extra light sources for those shots. The blues usually come on the hair strands and dress areas where there is a bit of excess highlight. :)

Damn, I thought this was a secret! Very well, I concur with this method, been doing it for a long time and its really quite an unknown trick. Works really well when used right.

One thing I've noticed in some of my landscapes - the blues aren't "blue", they have somehow been given a slight tinge of green in the process of coming through from nature to the RGB of digital imagery to the CMYK of the print.
It's unrelated to the point you're making, Robert, and probably completely irrelevant to your work. But it's an example of the disconnect between the trillions of different colours in the real world, and the finite range of colours we can reproduce with the limited colour palettes available in our images & prints.
And as in your examples, removing this green tinge generally improves the colours in the rest of the photo.

Rather timely advice. I'm retouching a portrait that is largely whites and greys, and trying this trick really helps make the image better. OMG there was so much blue in the whites/greys!

I've always liked simplifying my compositions (minimalism), but I've never really thought about simplifying the colors. I'll have to give that a try.

Interesting. As a landscape photographer, I often add blue to the shadows since it increases separation and can serve as a transition from cool tones in the foreground to warm tones in the background (primary subject).

I think the main take-away is being aware of color; as you say, "proper toning is often as much about exclusion as it is inclusion." It is important to purposefully identify a color palette, emphasize the colors that match the image or story and remove the ones that don't.

Well, well. Timely useful advice that I just tried on a few recent edits and love the results. Kudos!

This is pushing into monotone, duotone territory and I think it's interesting.

As a videographer I'm going to try this in my next grades where we're going for more vintage browns and greens. We are definetly indoctrinated to add teal to shadows and its opposite color on the spectrum in the mids to create contrast and keep skin tones in the more natural registers.

But is it always about that one size fits all color contrast or is it equally about creating a scheme that best compliments the narrative?

I'm trying to really apply my learned color theory of traditional art and design to my captured imagery and find those coveted industry secrets past the typical LUT stuff you find readily online, which I generally find a lot to be heavy-handed, overly contrasty or too stylized to be useful in a broader sense.

All I know for sure is in grading its not very hard to go into the weeds quickly. So I really appreciate succinct tips like this one. If you or anyone has more please share.

I waged war on yellows. Same principle...yellows tend to make greens look unreal, and add weird skin tones when they show up. But not blue...I love blue in my images. Now if you said you were sick and tired of the constant (over) use of the teal/orange pallet, then that's a band wagon I could get on. :)

And I've done the same to magentas for some time, haha :P.