How to Find and Buy Photo Gear Cheap

As I'm sure you already know if you've spent any amount of time as a photographer, gear isn't cheap. You start off believing you just need a camera and a good lens, but next thing you know you're filling your online shopping cart with memory cards, batteries, camera straps, bags, and more. Since making a gear purchase is inevitable, is it possible to make your next purchase without breaking the bank? Absolutely.

As a professional photographer for the last eight years, I've made my share of gear purchases. Fortunately, I was able to make the majority of those purchases and save enough along the way that when I decided to make a change, I was able to do so without losing money. The techniques and methods I used aren't difficult and can be followed by anyone. I decided to share my top five tips and methods that I personally use to buy all the gear I've ever wanted saved tens of thousands in the process.

After posting this video, I managed to land an awesome deal on a Pelican 1660 case with foam that would have cost over $350 new for only $70! Deals like this are happening all the time, the key is to be patient and to use all of the resources I discuss in the video to keep an eye out for the best prices.

What's the best deal you've ever found on a piece of photo equipment and where did you find it? Any recommendations you can share with the community for where to find great deals outside of the U.S.? I'd love to hear about it in the comments.

Miguel Quiles is a commercial portrait and wedding photographer based out of NJ & working in NYC. He's appeared on platforms such as Creative Live, WPPI, CES, & PPE. Miguel is a Sony Artisan, Profoto Legend of Light, and has taught classes and workshops throughout the US. 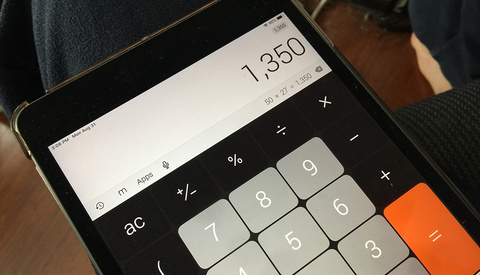 Business / November 5, 2021
Four Questions To Help You Decide Whether To Upgrade Your Photo Gear 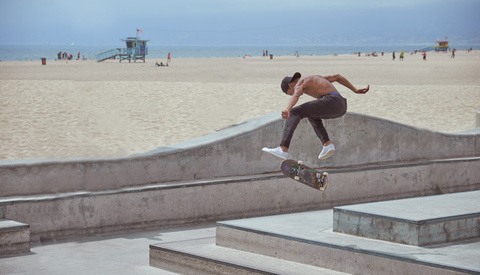 Business / September 7, 2021
The Best Camera for a Beginner Photographer 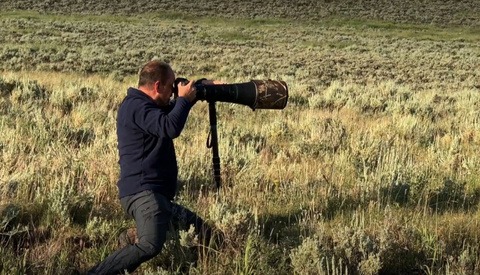 I know eBay is not held in the highest regard given the amount of scams and misrepresented stuff, but two years ago I scored my 5D MkII--with only 441 shutter actuations--from there for $500. The listing was from a seller who didn't know much about the camera, couldn't get it to power on, and the camera had a crack on the top screen, but not the LCD. The listing photos showed a camera that didn't even look slightly used, and the number plate on the bottom looked as if it had never seen a tripod mount. I bought a new battery and a new screen cover, and it was brand new. What made it even better is that all the other bodies at that time were going for close to $1000 with insane actuation counts. Even now, with the low count (currently in the low 2,000's) I could probably recoup all of my money from it.

Recently bought a barely used Mavic 2 Pro Fly More Combo for $1400 on OfferUp. (Retail is $1800+). Been seeing some other good stuff on there as well, and in a city as big as Los Angeles there's lots available for local pickup.

First and foremost for me is to be educated on the item that you are looking at, especially if buying used. In many cases, a great deal really isn't. You need to be smart about the item you are looking at to truly know the condition (as best possible) as compared to the price.

I have bought many items from Craigslist, ebay, Amazon (private sellers), and the used department from B&H. I have saved huge amounts of money by being smart on what I bought used or open box, although there is always risk.

I bought a "like-new" Blackmagic Ursa 4k v2 camera from an Amazon private seller, and found out afterwards that it had a mainboard issue that I was fortunate that BM would agree to repair for $2500.

So over-all, I am way ahead of the game and have great equipment that I have saved buckets of cash on, just need to be smart about it and understand the risks for savings.

At the beginning of my career I was always leery of purchasing used gear, but I then came across a liquidation(bankruptcy) sale from one of Montreals' more respected retailers. I bought a used Profoto 3a with 3 heads, accessories and a case for a decent sum. Smartest move, biggest mistake, but I am happy.

Proud of myself, until I went to expand my system and saw the prices for Profoto gear. Outrageously expensive, but in all honesty, worth the money you pay them (with exceptions . . . I will address at the end of this).

Through the years (40+) being an active working professional I learned quickly how to profit.

I later was at a bankruptcy auction of another major retailer, at that time NDG Photo. I went looking for a tripod. I had set myself a limit of $250, and like a lot of people, I got a bit carried away and ended up buying for $275 . . . it was (still have and use it) a gitzo super studio giant . . . at that time worth about $1200 new. The only thing wrong with it was that it had a lot of scratches and scrapes on it, something I planned on doing anyway. What fascinated me at the auction was how many brain dead retard wannabe photographers were there . . . you know who you are. Many of them were overbidding items like a masturbators delight, a 300, f2.8 nikkor going for a couple of hundred more than a new one would. Speedotron power packs, RENTALS, that were bid at about 150% of their value. Photo wannabees, masturbators . . . My other purchase was a table full of bits and pieces, nothing a photo wannabee would deign to look at. It had cables, clamps, monitor platforms, a set of small gitzo legs, you know, worthless shit. I paid $15 for the table. I kept the small gitzo legs (worth about $350) and most of the super clamps and other useful stuff. Traded in the nearly half a mile of co-ax cable to my tv repair guy for a new antenna(installed), and I sold the rest bit by bit, which netted me nearly $400. Upshot? I spent $290, I got $400, a profit of $110 PLUS a FREE gitzo super studex giant, a studex mini, a host of super clamps, monitor tables etc, etc. I MADE NEARLY $1000 in gear because I used my head instead of jerking off like most of you do.

I use Profoto exclusively. Bought a Pro5 in new condition for $200, ebay. Bought My first Profoto Acute B600 when they were being discontinued, $1000 pack and head, instead of their luducrous $3000 price. I subsequently bought two kits used in new condition for less than $600 each. This is pro level gear. Equipment that will still be functioning ten years down the road, if not longer.

I have since bought on ebay, with hesitation, but have usually profited. The smartest thing you can do is have a set amount of money put aside for that impulse buy, BUT, make sure the impulse buy is worth it. I have purchased a "new" condition manfrotto gearhead for just over $100. A Foba Mini SuperBall with a leveling base for $150 (new $700+), and all my Profoto barndoors ($250new) for less than $40 each . . . all in new condition.

Buying on ebay can be risky, the ONLY time you should look at used gear is in the new year, February, March. That is when most people are in dire straits and usually will let go for less than the item might bring if left for a longer time. Am I a "vulture"?, F**K you, you would jump at that same "deal" quicker than I would if you knew it was there.

Finally, to address my earlier comment about Profoto prices, and this applies to Broncolor, Hensel, Elinchrom . . . . if you were to get up of your fat lazy butts you might find out that a lot of their equipment comes from other sources. Do some footwork, or more precisely keyboard work. If you make the effort for example you could buy the Osram original modelling lamp for $6 instead of $30 BH, Adorama, etc are not doing you any favours.

If you are a high end studio shooter you should definitely look at Bacht studio (they make most of the esoteric gear for the market), and for replacements bits for strobe, look up phoxene . . . you will save a substantial amount of cash