The Oscar-nominated documentary “The Salt of the Earth” focuses on photographer Sebastião Salgado’s remarkable life as an artist. Described by director Wim Wenders as a “social photographer and a witness of the human condition,” Salgado’s life's work is truly larger than himself.

Opening in select theaters March 27, “The Salt of the Earth” follows the Brazilian photographer and his son, Juliano Salgado, to remote locations for his latest travels. Alongside the filming of his recent trips, the documentary also looks back on Salgado’s acclaimed photographs and allows the master artist to speak his mind on what feelings they now bring to him. As described in this New York Times article, segments of the documentary were filmed through a teleprompter screen which displayed his photographs in a pitch-black darkroom. Speaking to the New York Times, Wenders said, “It was a way for Sebastião to talk from inside the photographs, so to speak, and not be diverted.”

As you wait for the limited theatrical opening March 27 or a wider release of “The Salt of the Earth,” I highly recommend purchasing or renting from your local library any of Salgado’s incredible books.

[via Sony Pictures Classics and The New York Times]

Documentary / February 28, 2020
Inspirational Photographers in Focus: What Can We Learn From Salgado's Genesis? 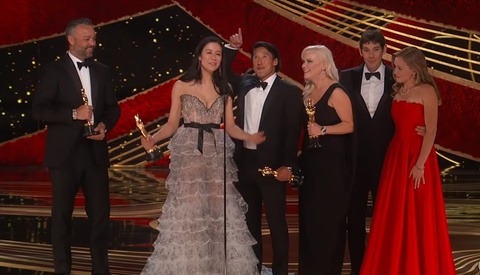 Salgado is a legend ! Thank you Wim Wenders.