Photography has always played an important role in raising awareness of social injustice issues, including poverty, homelessness, and famine. However, media reports from the Indian state of Rajasthan claim that its government has laid out a rule for photographers: no further documenting food distribution to the poor.

The photographic documentation of crises has always been the subject of controversy. For example, though internet comment generally tends to approve of popular stunts uploaded to YouTube like handing out cash to the homeless, a skeptical minority can be put off by "charity selfies." Chief Minister Ashok Gehlot of Rajasthan seems to be taking such a minority position in his state's case, acting in the interests of privacy and respect for those suffering through poverty. With his state's poverty rate of 24.8%, such concern is at least understandable.

Gehlot is quoted as saying: "Photography during food and ration distribution has been banned in the state. This should not be made a medium of publicity."

This ban on photography even includes snapping mobile selfies while distributing food and supplies.

Even putting legal issues aside, the documentation of tragic events raises an ethical question about the photographer’s intent: Is the goal of the camera operator to ultimately help those in need or (perhaps even subconsciously) to exploit them? Could the outcome be both? And if so, is photography worth the potential embarrassment and injustice that can arise during sensitive events?

If you'd like to make a donation to those most in need in Rajasthan, you can do so by clicking here.

Do you feel that it's appropriate to ban photography in times like these? Share your opinions in the comments section below, and please try to remain civil with others. 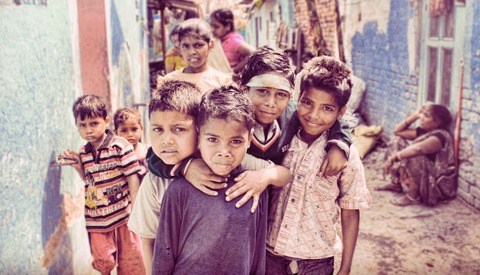 Making Real Money The Business of Commercial Photography
With Monte Isom
$299.99
Log in or register to post comments
7 Comments

Photography is non essential during crisys, famine, war. Governments should have the right to ban it on a whim. We don't need to see what is happening.
/s

Photographic journalism and documentation by anyone is easily essential in a time of crisis. If everything is being done as it is stated then there's nothing to worry about from those photos. Only governments with something to hide would want a ban on images being created.

Poverty porn and it's kissing cousin the "Street photography freak show" are very popular among so-called "street photography" amateurs.
I used to live in India in the 70's and I know in Maharashtra state they had a law forbidding photography of beggars.
One can say they are trying to conceal the failures of their government but I really felt that it was an attempt to prevent the monetization of misery.
All too often, street photography is the entitled exploitation of people that may appear different, poor or suffering in some manner so the photographer can parade their "humanity" or "artistic" credibility.

At the same time, I don’t see the need to over-hyping matters like child labor too. It’s simple, the poor in Asia has to find a way to survive. Do we prefer the kids to starve? I often find we cause more mess than help to them.