The best photographs and films don’t just bring beautiful visuals to the table. They also place story right at the center of their very make up. “Killing The Rock” (KTR) is a five minute demonstration of this, and reminds us of how commitment to our craft combined with small collaborative like-minded souls can tell stories that go deeper and reach further than we ever could going at it alone.

Set in Jordan near the Syrian border, KTR is a moving and beautiful film that tells the story of Syrian refugee and sculptor, Abu Raja, who has left everything to escape the civil war in his neighboring Syria.

The ongoing refugee crisis amid can be a subject lost in the noise of politicized point-scoring amongst those seeking to capitalize as a way to forward their own agendas but at a base level, these are human stories, stories of people in the face of (fortunately for most of us) the daily chaos and terror of war.

KTR gives us a first-hand look at what it means to be a refugee by chronicling Raja, his story, and his philosophy on how he deals with his own refugee status and circumstances. Above all, it is about the positivity from one man’s desire to make something positive out of enduring something so difficult.

Not only is the story topical and timely, it’s a beautifully shot and produced short, that wasn’t done on a big budget, with just a group of friends coming together, and has the potential to both enlighten and educate us.

I got a chance to speak to Director Jake Viramontez and he shared some of the how and whys of KTR. Importantly, I think we can all learn from Viramontez's words and apply these insights to our own projects. 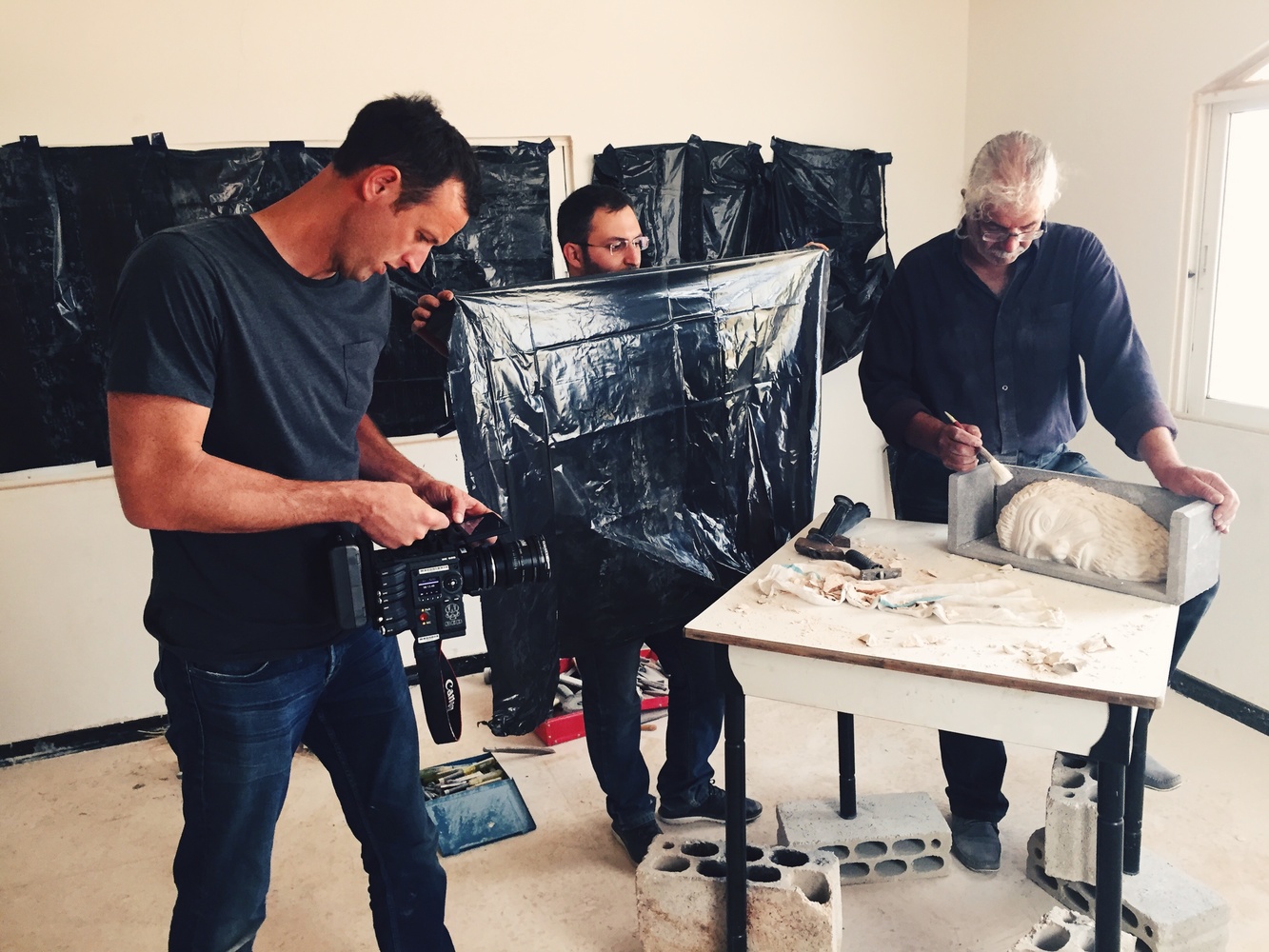 1. Make Projects That Are Important — To You

The refugee crisis is a global one, and will continue to affect millions of globally. For Viramontez, there was clear motivation for a need to tell this story, clearly and concisely, but not in a typical “documentary” style. “We wanted to be a voice full of love and hope, showcasing the beauty and strength of an individual refugee,” he said. “To be able to tell the story of an artist, like Abu Raja, felt like such a fresh perspective, and a necessary perspective.”

What’s important is to make the stories that you want to tell, in the way you want to tell them. Your work can be your voice for whatever you want. Going the “non-traditional” route (as Viramontez and the team did here, by not opting for a typical documentary-style approach) can really add to the story and engagement of the audience, helping get the message across. 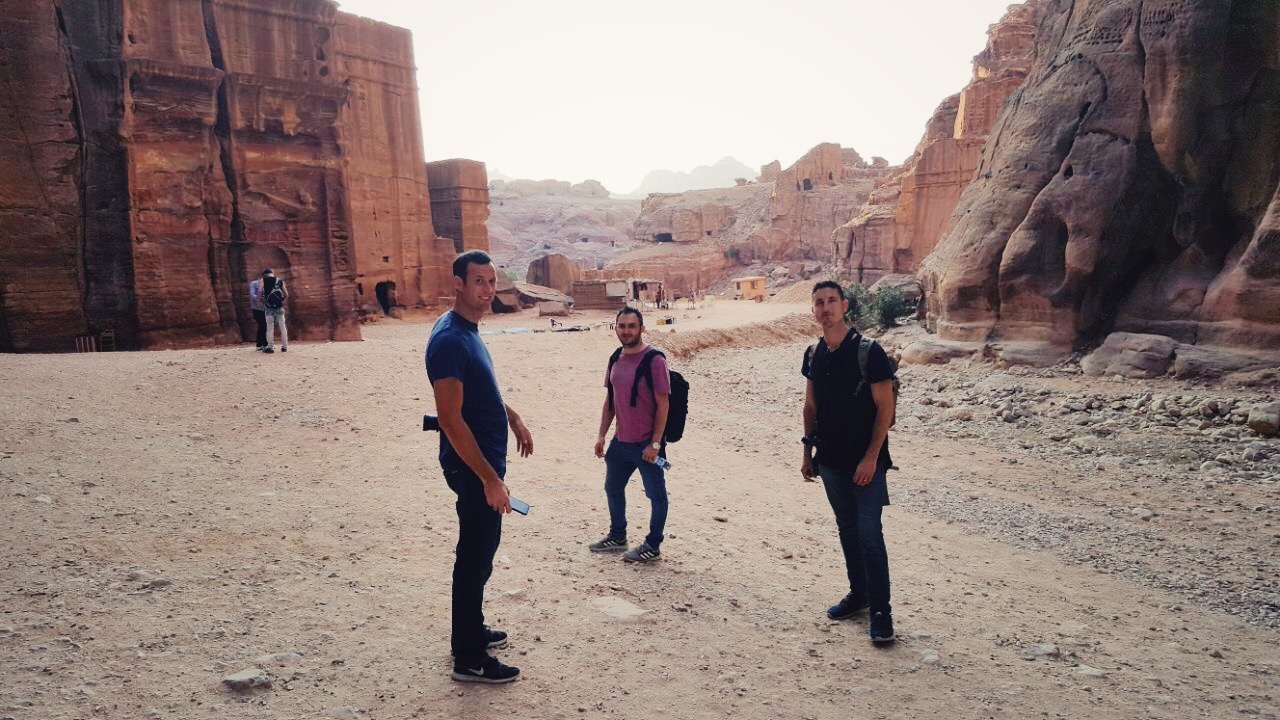 2. Your Craft Is Your Self Expression

Raja juxtaposes the horror of war and the horrific challenges he has gone through, and balances this out with his commitment to his craft, and the message for the future through his self expression that he hopes to leave for generations to come.

Viramontez remarked upon their first discovery of Raja's work, “[His sculptures] were robust pieces of self expression. The fact that he is using his craft as a way to send a message of hope and healing to the Syrian people made his story well worth telling.”

Whatever we shoot, we can use our craft to simply express ourselves. I think this is so often forgotten today when we are all too often swept up in gear or who is doing what, and shorter and shorter attention span syndrome. The anchor for all of us is we shouldn’t ever forget that our work is simply a way we can better express ourselves. Shakespeare had a quill, Hemmingway his typewriter, and Da Vinci his canvas — you have your camera. 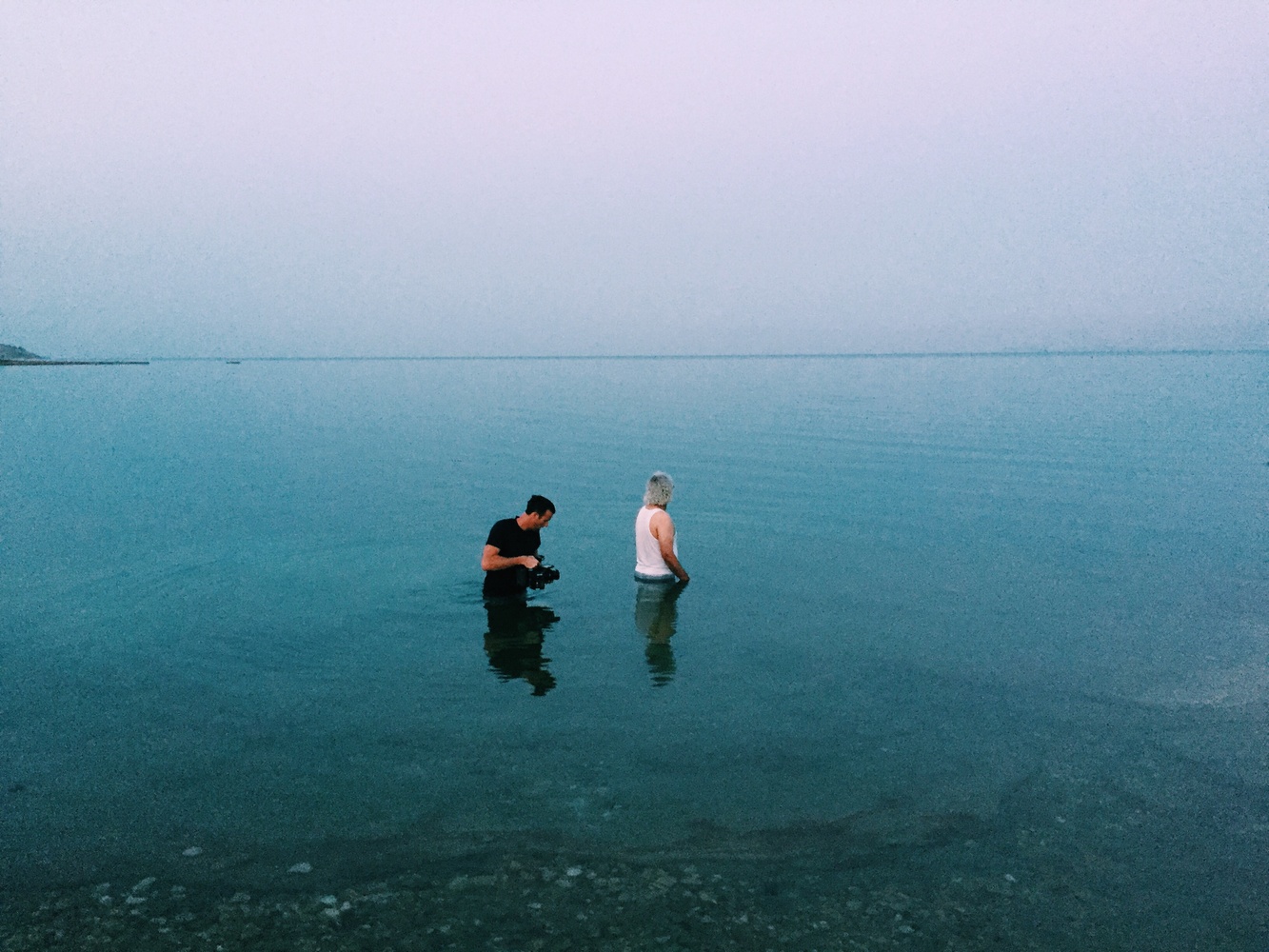 No good story is easy to tell, and it’s not easy to tell a good story. I can’t imagine what it was like to film KTR just minutes from the border of a country engulfed in civil war, but the crew’s commitment to tell the story paid off. Hard work pays off, and finding the stories at the fringes often yield the strongest and most compelling of tales.

Viramontez said, “We found ourselves having to acclimate to not only the language barrier and cultural barrier, but also confronting the reality of war. Pushing ourselves further to tell the stories that matter most will undoubtedly bring the greatest rewards.”

When was the last time you undertook a project that really challenged or pushed you out of your comfort zone? We certainly don’t have to go to a nearby war zone to feel challenged but I bet you the projects that have been the toughest and where you’ve had to work the hardest have yielded the greatest rewards. Nothing good ever comes easy. 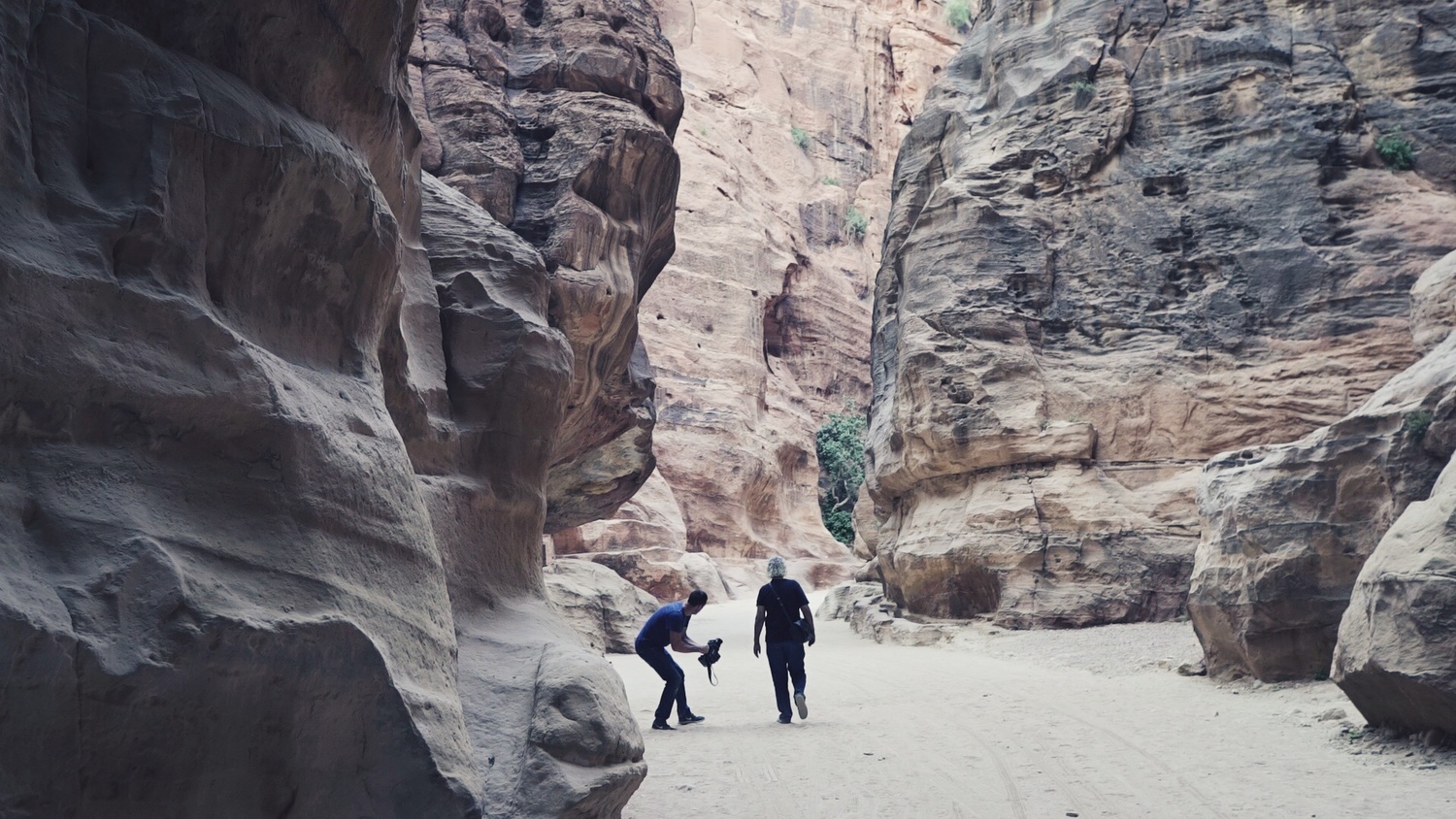 The team were clear from the outset that they would have to work efficiently, with minimal gear and crew, to get the job done.

“Because we we're limited with what we could bring to the country, we had to get creative with controlling light,” said Viramontez. “We bought black trash bags and used those to control light for our interiors. Trash bags become much smaller than 4x floppies, and we didn't need any C stands, just painters tape. It was ghetto, but it worked. We shot the film on the Red Weapon Helium and had the camera stripped down to its rawest form — no matte box, no easy rig, no shoulder mount.”

Gear is important but it should serve the story first. The “stealthy” approach meant less issues for the crew when it came to securing permits, and faster moving, more nimble shot acquisition, all of which enabled the serving of the story.

This approach, putting the focus on the story, was echoed in sound design.

Viramontez said, “For sound design, we worked with Defacto, and they were game changers in the storytelling. We knew from the beginning that we wanted to use sound design to help bridge the gap between creation and destruction. What Dallas and the team at Defacto did was add a richness and fullness to the film that helped bring it to life.”

Everything should be serving your story, whether that’s about a refugee in Jordan, or your local minor league baseball team’s desire to break their losing streak. 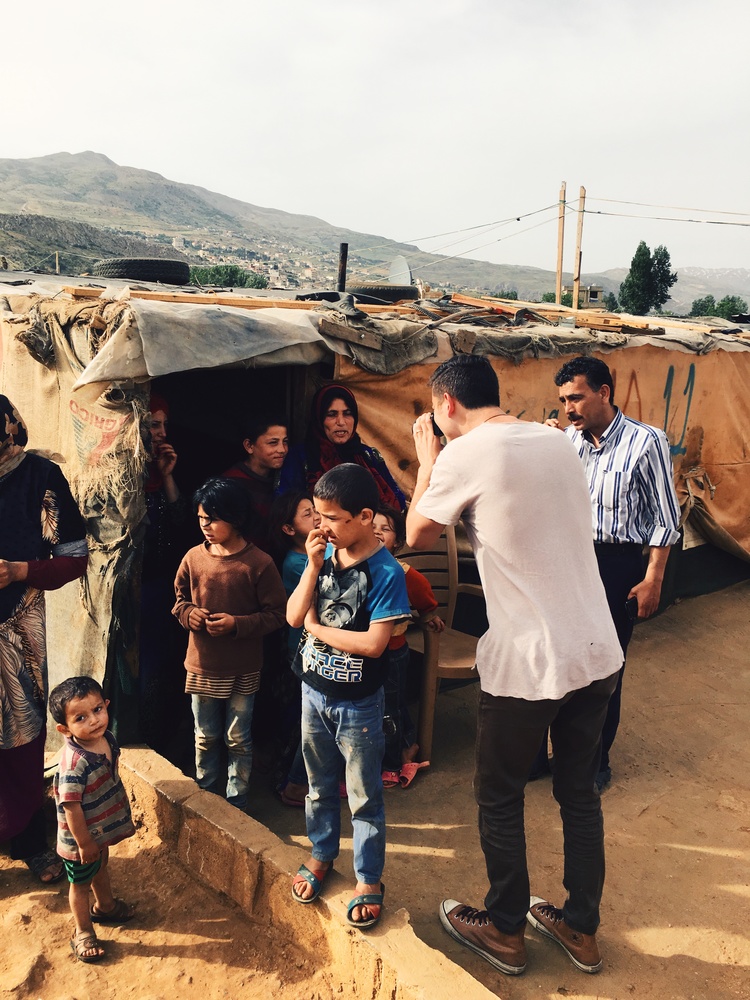 Projects like KTR can only happen when people collaborate, and Viramontez was keen to point this out.

Viramontez's thoughts are applicable to all of us as creatives, no matter what projects we may be undertaking or what to be involved in. Sometimes we just need to pull in one or two others to help us produce a better result than we ever could ourselves.

As we closed out the conversation, I asked Viramontez if he had any insights for newer or aspiring creatives and filmmakers. He said, “Do your best not to compare yourself to others. Make what feels good from your gut. Look around you, find out what makes you angry, what bugs you about the way the world is, and find a way to change the conversation using your art.”

We can all “kill our own rock.” Now go find your stone.

Thank you for sharing this. Quite inspiring

Glad you enjoyed, thanks John