The National Archives: A Wealth of Americana Inspiration

As creatives and photographers, it's essential to study imagery for education and inspiration. The national archive is a wealth of archival and historical photos from America's history.

The National Archives and Records Administration (NARA) is charged with documenting and preserving the governmental and historical records of the United States government. At its brick and mortar location, they exhibit the Charters of Freedom, which include the original United States Declaration of Independence, the United States Constitution, United States Bill of Rights. But we live in the 21st century, so a lot of stuff is online now. This includes an extensive archive of historical photos along with a written history of photography. The photo archive starts in the Civil War era and gets updated with current events. It contains sets of daguerreotype photos of Americans indigenous people, Ansel Adams' body of work, diplomatic missions, NSAS, and an extensive Creative Commons Flickr account. The Flickr account is where the real gold is. It is full of imagery of the American way of life, 1970s Rust Belt industrial towns, the Presidential reaction to 9/11, and First Pets. But it does not end there; the Flickr account is part of a network of National Archive Flickr accounts that make up the world's archive.

The institutions that participate in this program have made a substantial effort to determine that the photos have no legal copyright. By stating that there is no known copyright, participating institutions are sharing the benefit of the images with the public. But they still recommend doing an independent analysis of each photo put to use. All the images have there own rights statements.

Every time I get on the national archives, I end up getting sucked into a vortex and do a deep dive. This has been an incredibly enriching experience. I know I can continue to dig into the archive for future inspiration. 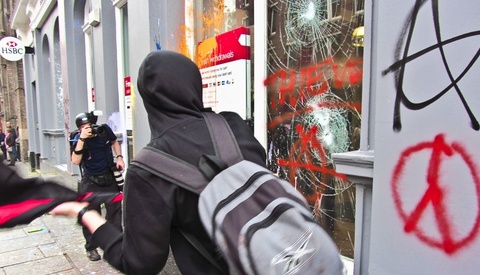 So true. We will regret it someday.