Re-Committment to Forging One's Own Path: Suzanne Heintz' "The Vows"

Photographer Suzanne Heintz has spent the past fourteen years “playing house” with two mannequins-her fictitious husband “Chauncey” and their daughter "Mary Margaret". Her fantastically elaborate “Life Once Removed” series, featured previously on Fstoppers, stemmed from a frustration with the stigma she faced as a single adult woman. A continuation of Heintz’ series, “The Vows” was recently released, and features Heintz and Chauncey renewing their vows in a satirical-but very real- ceremony.

After fourteen years with him, while on vacation abroad, Heintz grew tired of Chauncey. Deciding she didn’t want to continue with their satirical union, she stripped his clothes and abandoned him in Paris. After all, Heintz notes, she could buy another mannequin for half the price of his airfare home. But after six months apart, Heintz decided she and Chauncey still had work to do:

There was more for us to accomplish if we were really going to make a difference in how people thought of women. So, a Vow Renewal was planned, and I was going to photograph it, and while I was at it, make a movie too, because this spinster had a thing or two to say about marriage. And the public was listening.

But if she was going to do it, she was really going to do it. Embarking on a months-long process, she set out planning an elaborate vow renewal ceremony. In a piece she penned for The Huffington Post Wedding Blog about “The Vows,” Heintz describes her experience planning a real wedding. She started the process knowing only that she “needed a lot of flowers and a lot of help.” Attending a bridal convention, hiring a wedding planner, and trying on enough white dresses that she “went snow-blind,” Heintz says that she knew weddings were a big production, “but I had never experienced being the Production Manager of the biggest Broadway Musical of my life.” The surreal other-world of wedding planning baffled Heintz as she struggled to pick apart the reasons women and men spend copious amounts of time and money to make one day “perfect.” She soon discovered how easy it was to get pulled into the “fantasy factory” of the wedding world. “Everything sparkles, smells good and is tailor made for you. This is how you want to be treated, and to treat yourself, every day, if you could afford it. And for this ONE SPECIAL DAY, what the hell? You tell yourself, ‘If not now, then when? Just once, I want it Perfect.’” During her mission to find out why the pageantry of the wedding experience so easily overshadows its purpose-commitment-Heintz found that her own project nearly faced the same fate. “I let the circus of media attention and the promotion and the filming of this event come dangerously close to derailing the purpose of it.” As with her “Life Once Removed” series, “The Vows” was created with the purpose of examining the traditions and expectations that dictate how people-especially women-are “supposed to” live. Heintz says this project started as a commentary on the falseness of “perfection, with a capital P.” However, in her quest to represent “The Most Perfect Day of a Woman’s Life,” Heintz discovered that even satirical perfection was unattainable. In front of the gathered audience, including members of the press, the speech she had so carefully crafted about the project was lost as her iPad died. Standing on the altar next to Chauncey in 98-degree heat, after months of work, Heintz just had to wing it. Through her experiment with being a bride, Heintz says she’s learned that, beyond the pageantry and the hype, weddings are “the recognition of a rite of passage from selfishness to selflessness” and they represent the “daily choice” to commit oneself. Although her wedding was satirical, Heintz says it represented the choice to re-commit herself to “what the mannequin represents:” her work, her passion, and her unique path in life.

You may have heard this concept before. But I'm here to tell you that no matter how much you may know this deep down, we still chronically forget it. We still feel awful for a long time when we get divorced, or lose our jobs, or our pride. It is a lesson that we resist, thinking that if we just did this, or hadn't done that, we could be so much better off. I'm not saying that we shouldn't try to pursue our desires, or guide our kids to find theirs, but we do need to loosen our grip on the handlebars of how we thought it would or should look. If you can pry your fingers loose and say, ‘Look! No hands!,’ you might start enjoying the ride. Especially, if you free up your hands long enough to flip someone The Bird when they tell you that you're not doing it how you're ‘supposed to.' Heintz is in the process of creating three documentary shorts about her work on “Playing House” presented in chapter format. Chapter 1: Postcards from Paris focuses on Heintz’ experience travelling with her mannequin family-the “Familyquins” and the response to the project from other cultures. Chapter 2: The Vows is the focus of this article, and was detailed in Heintz’ recent Huffington Post piece. Chapter 3: The Next Generation is an upcoming short which focuses on the social expectations pushed on children through the experiences of “Mary Margaret,” Heintz’ mannequin daughter.

In addition to the three-chapter documentary produced by Heintz, there will be a feature length documentary about Heintz and her work, directed by documentary filmmaker Karen Whitehead. To read more about the project, and to donate to the project, visit the Playing House Project website.

You can find more of Suzanne Heintz’ work on her website.

Ruby Love is a photographer and writer based in Olympia, WA. Love's work focuses on the link between photography and storytelling, and the potential of images to be tools for activism. 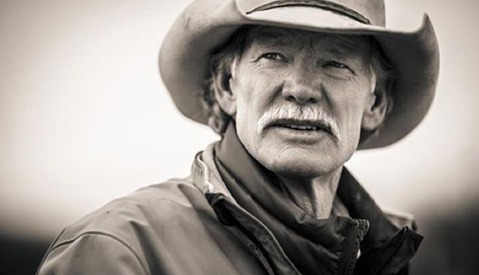 BTS / September 25, 2014
Behind The Scenes As Tyler Stableford Captures Incredible Portraits Of "The Farmers"

I have to give her props. This is weird in a really funny way. And completely relateable.

Has anyone else noticed that all of the really bizarre concepts and processes are done by women? Is it just this site? Is this in general? I just know that when I see a badass looking BTS of a car shoot it's going to have a man's name next to it and if it's weird I will see a woman's name.