When I photograph events, I do my best to become a “fly on the wall.” I try to stay out of the way, to be unobtrusive, to not affect what’s happening around me and just document what I see. To be a photographer in the White House and be a fly on those walls — surrounded by high stress, classified this and that, diplomats, dignitaries, tragedies, and achievements, while being charged with capturing all of it, 24/7/365 — would obviously be a job that would take all you’ve got. And to do it for not one, but two presidents? That’s nuts. But there’s one guy who did it. His name is Pete Souza.

Back in April, Souza, the former chief White House photographer for President Barack Obama (and, previously, President Reagan), announced he would be putting together a book of images from the previous eight years entitled “Obama: An Intimate Portrait.” Now, that book is out, and if you’re interested, you can catch an interview that aired yesterday by NPR’s Terry Gross.

While I was driving home from my third shoot of the day yesterday (before noon…), I turned on the radio to my local NPR station and caught the tail end of the interview. It’s not every day I turn on the radio and hear stories from a photographer who attended almost every meeting, every overseas trip, pretty much every everything that the President of the United States did for eight years. Regardless of political leanings, I think it’s an interview that, as a photographer, you should check out. Tasked with documenting a presidency — think about that — Souza took about 1.9 million photos in eight years. That’s, on average, approximately 237,500 per year, or about 650 per day. For eight years. It’s a good thing he had a team to help archive those.

Take a listen. Would you want to be a White House photographer? 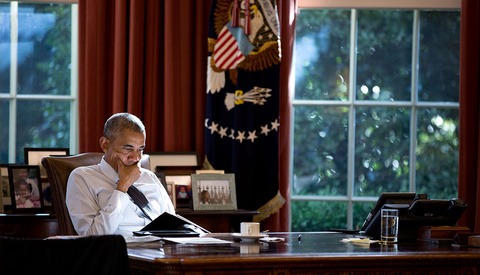 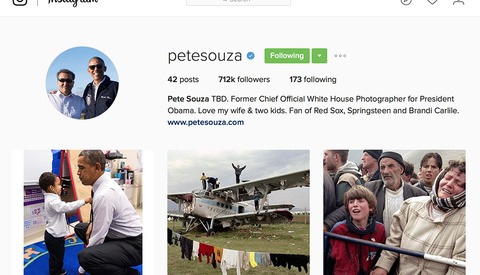 It is great (pre-ordered it and received it yesterday) and for $25 on Amazon it is a fantastic buy.

i saw it today at costco. i'm not a obama fan but it had some awesome stuff in it.

My wife got me a copy for my birthday!! Souza's was the dream job!

An extraordinary photographer who has left us an invaluable collection of visual history. He walks the fine line between documentarian and artist so well, and we get more complete understanding of the people and world they inhabit because of it.

If you liked my summary of Souza, feel free to message me and offer me a free copy of his book!

My favorite moment was seeing Obama on the airplane steps as he was finally leaving. 😀 🙋‍♂️