Who Was the First Global Social Media Travel Infuencer?

You take photos, you write books, you're published in weekly and monthly newspapers and magazines, and travel the world with the sole purpose of... traveling. You sound like one of the early social media influencers of the 2010s who was "living the dream," constantly on the road, distributing a drip of photos and articles to the travel-enthused general public. However, it's 1888, and your name is Frank Carpenter.

Frank Carpenter was born in 1855 towards the beginning of photography, graduating with a degree from the University of Wooster in 1877. He then began work as a journalist in 1879 at the Cleveland Leader, before moving to Washington D.C. as a correspondent, then graduating to the American Press Association in 1884 and the New York World in 1887. By this point, his writing was being syndicated to other newspapers and magazines around the USA, and he squirreled away income so that by 1888, he was able to pay for a round-the-world trip. As part of contractual obligations, he was required to send an article each week to 12 publications describing the countries he visited. Carpenter traveled almost continuously from this point onward until his death in 1924 at the age of 69 (in Nanking, China). In total, he did some three circumnavigations, including 25,000 miles in South America alone during 1898. This all goes to show he was the consummate traveler. 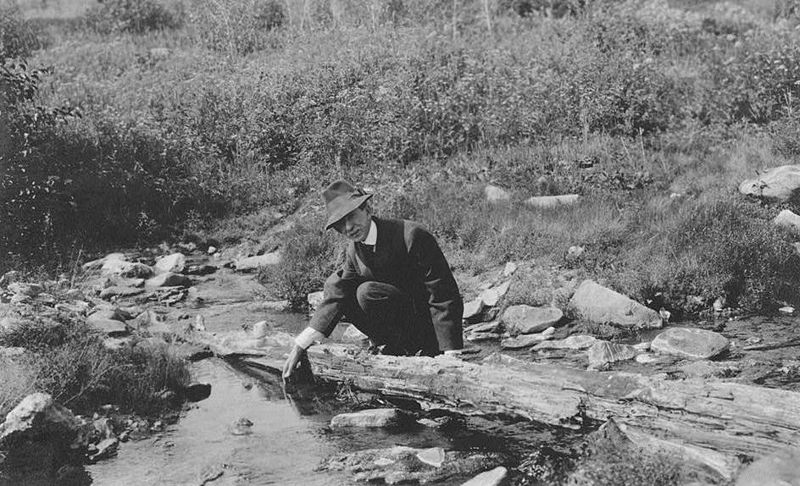 His love of travel, discovery, and journalism, beginning with his first exploratory trip in 1888, started a lifelong career as a travel writer and photographer — an influencer — extensively published in the social media channels of choice for the era: the newspaper and magazine. He was prolific as a writer, authoring some 40 books alongside the thousands of articles that were published and syndicated. His books are largely to be expected, documenting regions and countries of the world; however, the "Readers of Commerce and Industry" series moved on to become far more geographic in nature (e.g. "How the World is Fed") and popularized cultural anthropology more broadly.

Carpenter had two children: Frances was born on his return from his first global travels in 1890 and from 1912 would accompany her father as a photographer and writer for the rest of his career. John (born 1884) was notable for competing in the 1908 summer Olympics in the UK as a track athlete. Subsequent controversy over his disqualification in the 400 m final ultimately led to the establishment of the International Amateur Athletics Federation (IAAF).

Up to this point, Carpenter had been a journalist, writer, and even academic. However, it seems likely that he realized the power of images to accompany his writings, particularly in magazines and books, fairly early on. While photography was widespread by the 1890s, it still remained a relatively expensive pastime, although by this point, wet collodion had largely been replaced by dry plates, with roll film available and the Kodak Brownie to arrive shortly after in 1900. The Carpenter Collection was donated to the Library of Congress in 1951 by Frances, and she continued to add to it until her death in 1972. It dates from 1880 and contains some 5,400 prints in albums, 10,400 loose prints, and 7,000 glass/film negatives, the majority from 1910 to 1925.

What did he shoot with? That isn't entirely clear from the images, although given the extensive archive over such a long time period, it is likely that he used a range of different cameras. The photo below is of Carpenter in 1923 and shows something that is perhaps a folding plate camera, maybe a Speed Graphic that was favored by news photographers (such as Weegee).

So, why was Carpenter so successful? Perhaps the obvious answer is that people wanted to read his writings and view his images. Maybe that's self-evident, but economic feasibility was as true then as it is now. Carpenter needed to receive an income for the work he undertook, and the explosion in newspapers and magazines, particularly with photographic print reproduction, would ultimately lead to the post-war magazine heyday of the 1950s. In this sense, Carpenter was a pioneer for travel journalism, where photography was one key component. One reason for his popularity was that travel was seen as both exciting and unobtainable. People wanted to know what other countries were like but could rarely afford it. By some estimates, less than 1% of Americans had traveled overseas in the early 1900s. While that might seem a sound rationale for the popularity of his work, it's a pertinent reminder that as of 2019, it is estimated that 40% of Americans have also not traveled abroad. Travel remains exotic and is one of the reasons why social media travel influencers are so popular. We want to view the images either because we imagine ourselves there (even if we will never visit) or because we have the opportunity to visit and it allows us to pick off the best locations.

Unlike many of the travel photographers of the mid to late 1800s, his journeys were less about seeking out colonial-style impressions of the world (although his images could certainly be seen to contain those) and were genuinely wide-ranging. Books in his "Geographical Readers" series were released over an eight-year period at the turn of the century, followed sequentially by books in his "Readers of Commerce and Industry" series. Interestingly, the majority of his work was published just before and after his death in 1924, as part of the "World Travels" series and represents regional collections across the world. His images were of their time and spanned the world: for example, he studied the regeneration of Europe after World War One with three books covering the continent.

The gallery above shows a small selection of images across a range of topics, and they speak for themselves. He clearly had a knack for seeing the interesting — perhaps something every successful photographer has — but with the eyes of a journalist, not a photographer. His images aren't necessarily successful compositionally, but at a content level, they often excel: the multilingual sign in Jerusalem, a congested street scene in Paris, or drying coffee beans in Costa Rica. They had meaning — in a social sense — which was why he took the images. But there are also street scenes, simply because they were streets, such as in Seoul or Ecuador. And strangely, they look ageless, interest coming from fact that they are distant. As photographers, we practice the craft at a technical level, so it's refreshing to see such dazzling content.

Carpenter was a journalist who took photos, and for that, we should be thankful. It is a wonderful collection.

Images courtesy of the Library of Congress and in the Public Domain.