Tom Oldham photographs celebrities in a totally refreshing way — real expressions, getting under the skin of a polished image. Winner of the  2020 Open Photographer of the Year, Tom tells us about his approach and his inspirations.

Tom Oldham doesn't come from a creative or art background, so when an ex-girlfriend suggested he get a camera for his 21st birthday (he'd wanted a watch), he thought it seemed like a fun idea.

He then did a night class City and Guilds in Bournemouth with John Ralph, who he describes as "a very inspirational teacher I’m still proudly connected to." He soon realized photography was his ticket away from a boring job that he felt he would otherwise be stuck in for the rest of his life. This creative outlet coincided with the rave explosion in the UK, which was a very creative time and also really encouraged people to escape their 9-5 and look for a different route to a more fulfilled existence.

At first, Tom photographed music: club nights and raves, then DJs and bands for editorial, then brand activity in this area. He then moved on to portraits for magazines and brands and has been freelance for 20 years. 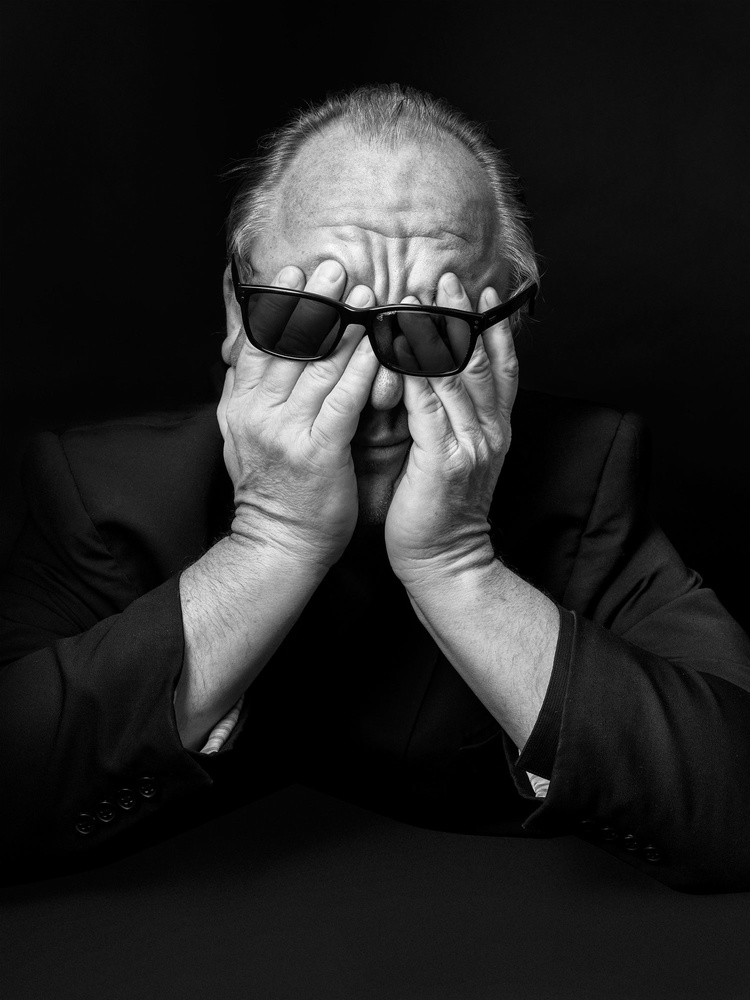 Tom explains: "I asked him to acknowledge his frustration with photoshoots, and he offered up a perfect gesture of exasperation by digging his hands into his face. The result was an expressive photograph, which ran as the lead image for the article, I’m very proud to say".

I asked about the level of editorial control and creative freedom with these shoots. Tom told me: "We have a free brief when shooting for MOJO, which is both a blessing and a curse at times, as we do have to magic a portrait up from thin air sometimes. It’s great practice and exciting to do, but you do need some luck on your side. It’s all about creating the right atmosphere where a portrait can be offered to you, I think. That’s the real skill in portrait photography. We had around 20 minutes to shoot, but we all knew we had it straight away with this first frame." It must be such a creative thrill to be working under such time pressure and with such high expectations of the output!

The winning image was shot on a Hasselblad H6D-100c and 50mm lens, with one Broncolor Move head and a Photek Softlighter held very close to the subject.

I love the way Tom's portraits have a very strong graphic quality, and the expressions always seem quite extreme — certainly never just smiling into the camera! I asked him about this, and he told me: "My greatest fear with my work is turning in something unexciting or predictable. It’s so often the frames around the obvious or lazy option which are mine and everyone’s favorite. Someone once said an audience would rather be confused than bored, and I think it’s useful to have that in mind when shooting and editing. In our edits, we have to think about the magazine’s requirements, plus what we want in the short- and long-term, plus looking after all the other stakeholders at this moment. It’s a delicate but fun challenge." Looking through his portfolio and Instagram, it's clear to see that he really applies this with gusto; his portraits are all so different from each other, so creatively charged. 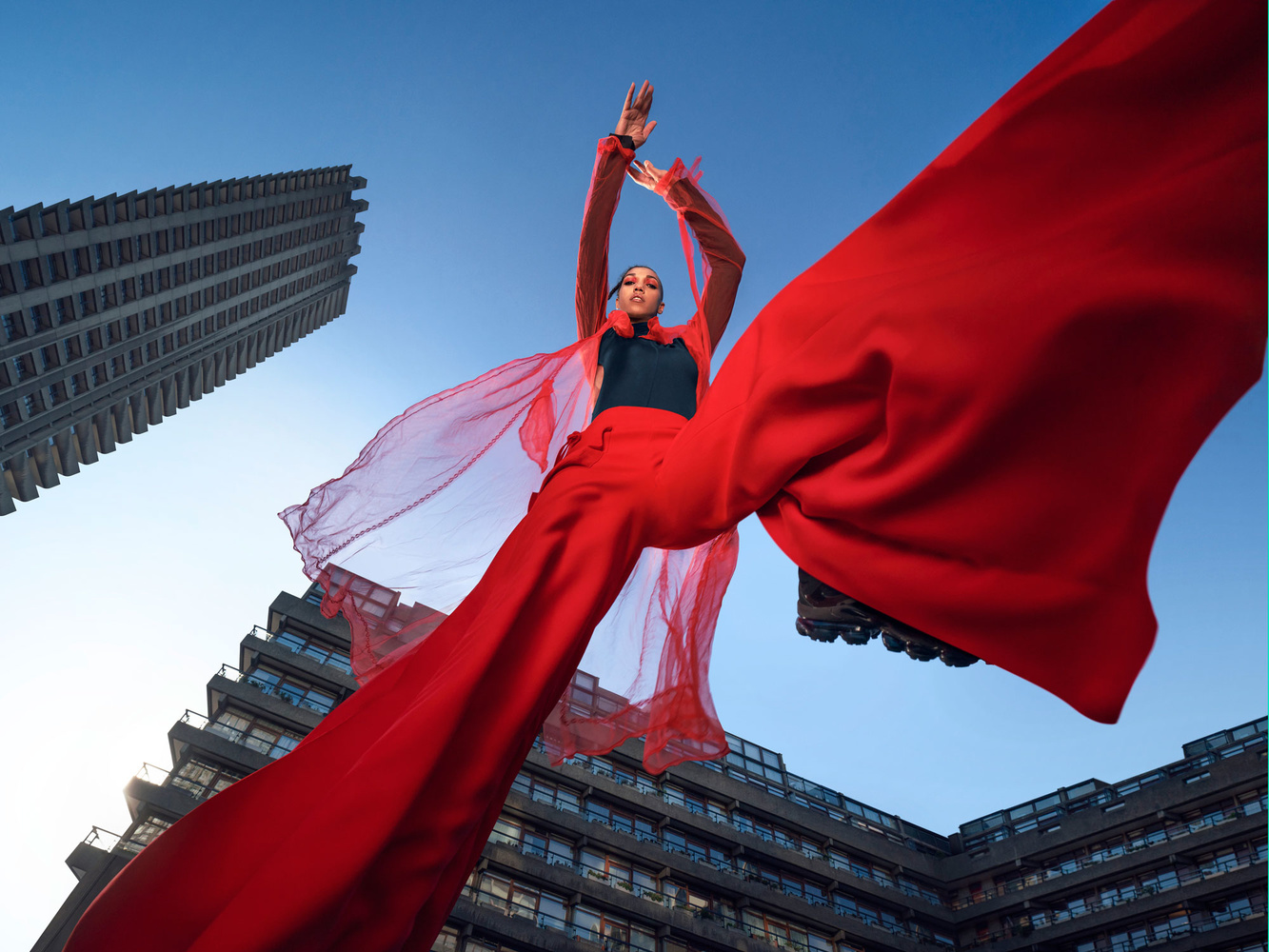 With a magazine shoot, there are so many people involved — so many opinions. I asked Tom about how much input magazines have over the expressions or mood captured and how much is directed by him or spontaneous. He told me: "We rarely have much of an idea about the expression in advance, as you can’t predict the reaction you will get with famous people. I like to bring in my setup, with lighting and backdrop, etc., so at least I can control the quality, look, and feel of the overall image and then get to work on finding a portrait that relates to the subject. Jane Bown said portraits are given and not taken, which I very much agree with. You have to create a harmonious space with trust and confidence that allows for that exchange to occur between sitter and photographer; when that’s in place, you can maybe encourage a range of expressions — if they’re with you." It's such a skill creating this level of intimacy and trust with any portrait, let alone with a celebrity with an image to protect. 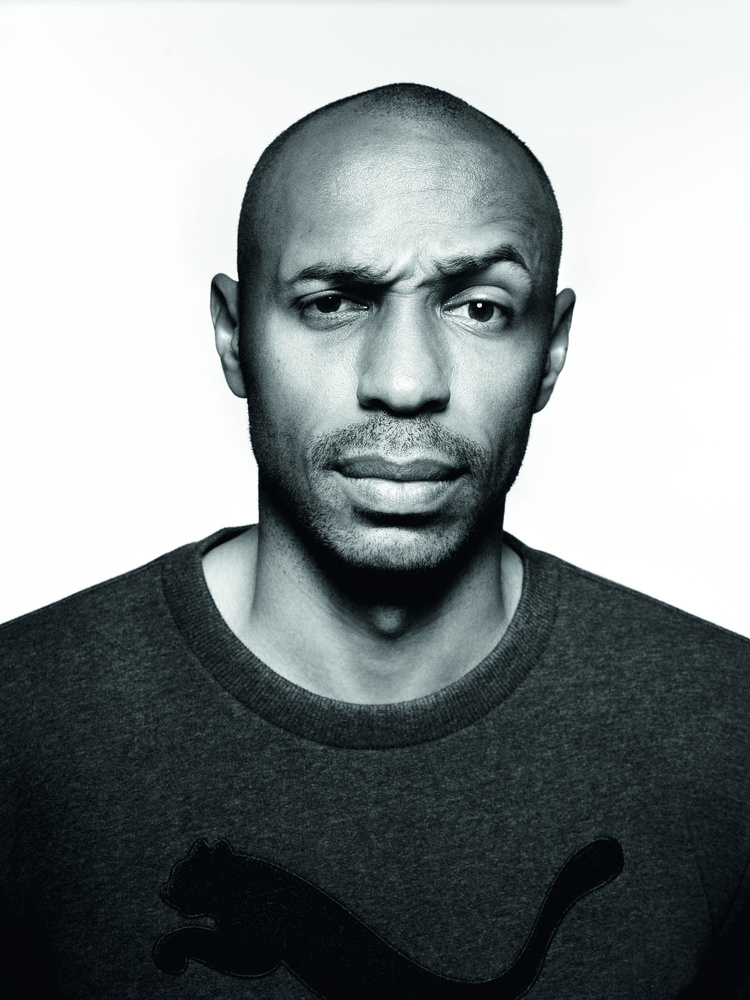 With such a range of personalities captured, I wondered if there were common threads to Tom's portrait sessions. He explains: "There aren’t many typical shoots, and every idea is dependent on budget, time slot, or the limits of the location, the requirement, or the imagination." Not a surprise, I guess!

Tom told me about how different each session can be: "I shot Sir Richard Branson in three frames before he called it. Alicia Keys was eight hours late, and a day shoot was compressed into 2.5 minutes before a gig. I have a number of assistants from one to four, but usually, two is fine. With the band Oh Wonder, we brought in a crash mat, and they leaped from a step ladder, but you couldn’t really do that with many artists, to be honest, for obvious reasons. Happily, every opportunity is taken at merit, and we try to get past their PR people with the idea that’s brave, that isn’t boring, that brings something new. That’s the real challenge overall." Three frames for one portrait! Photographing celebrities is clearly not a role for the fainthearted. 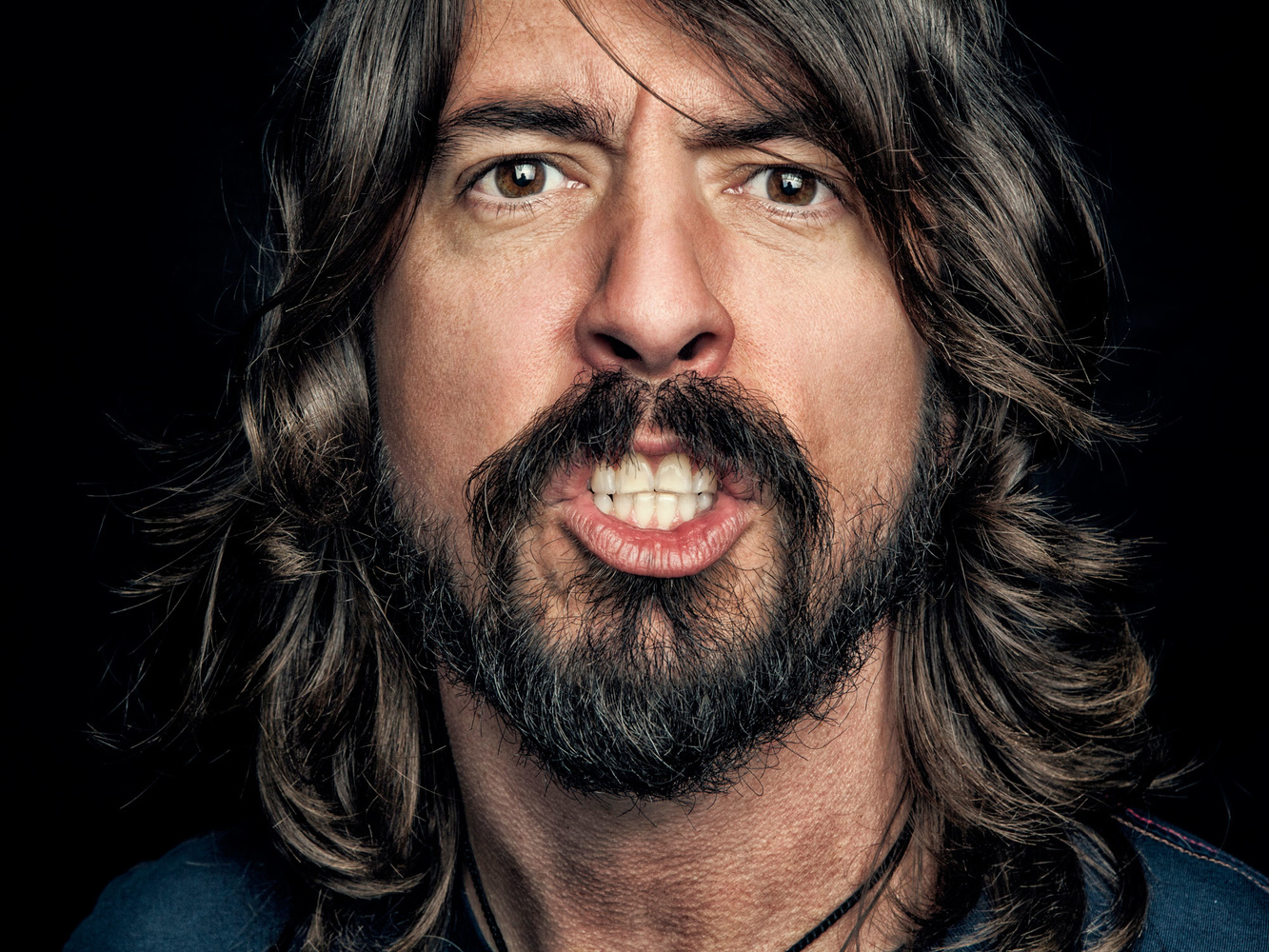 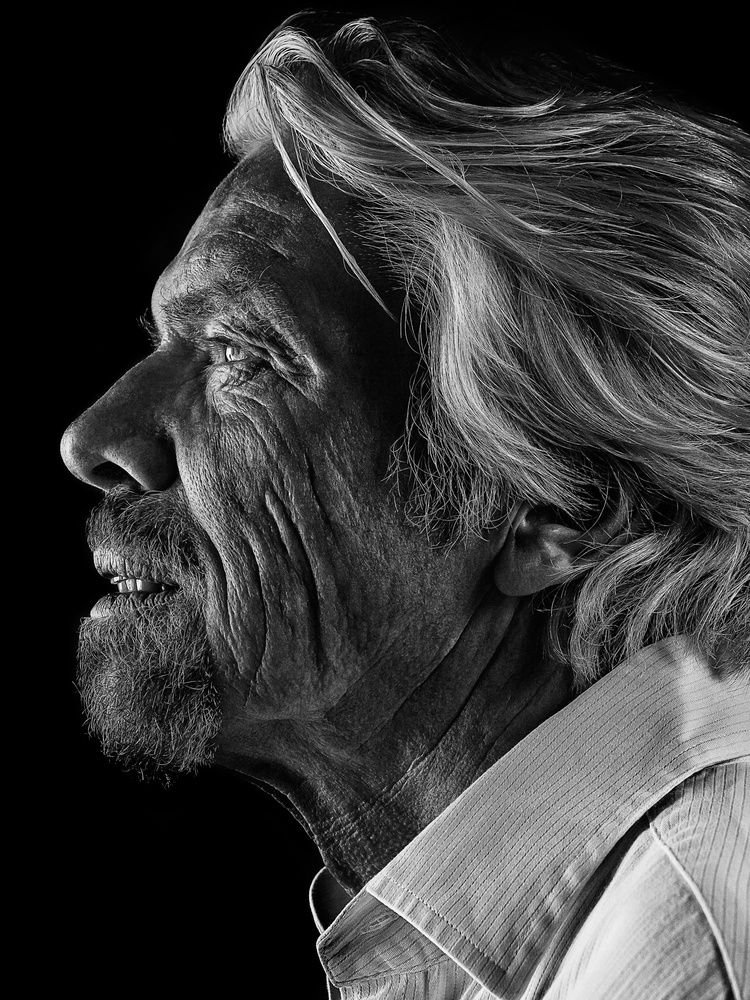 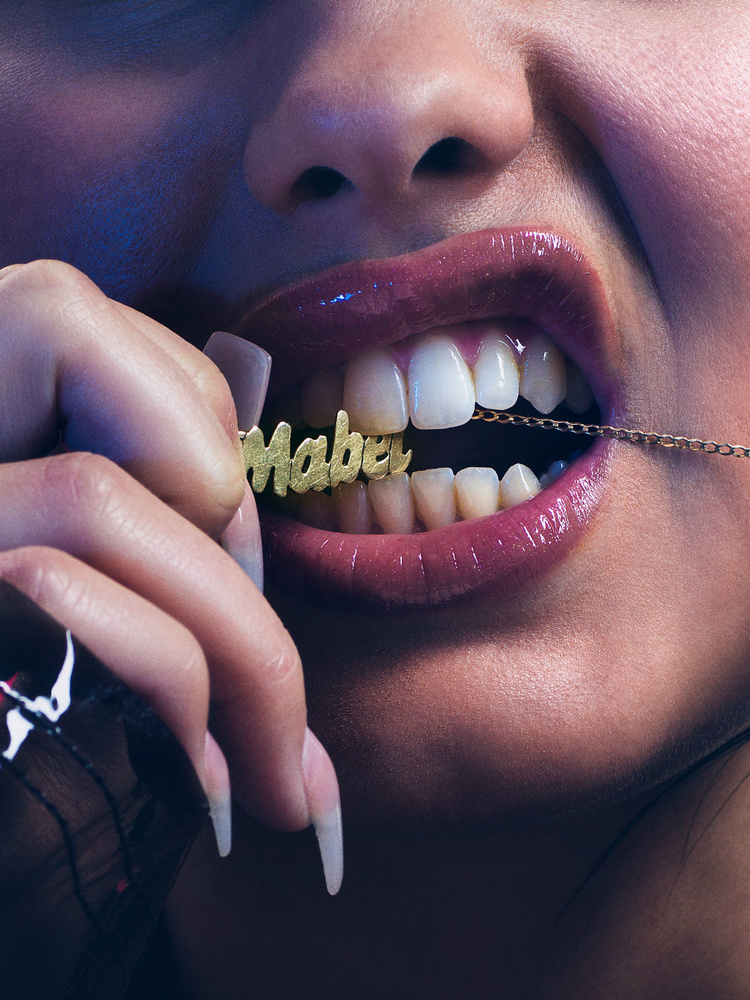 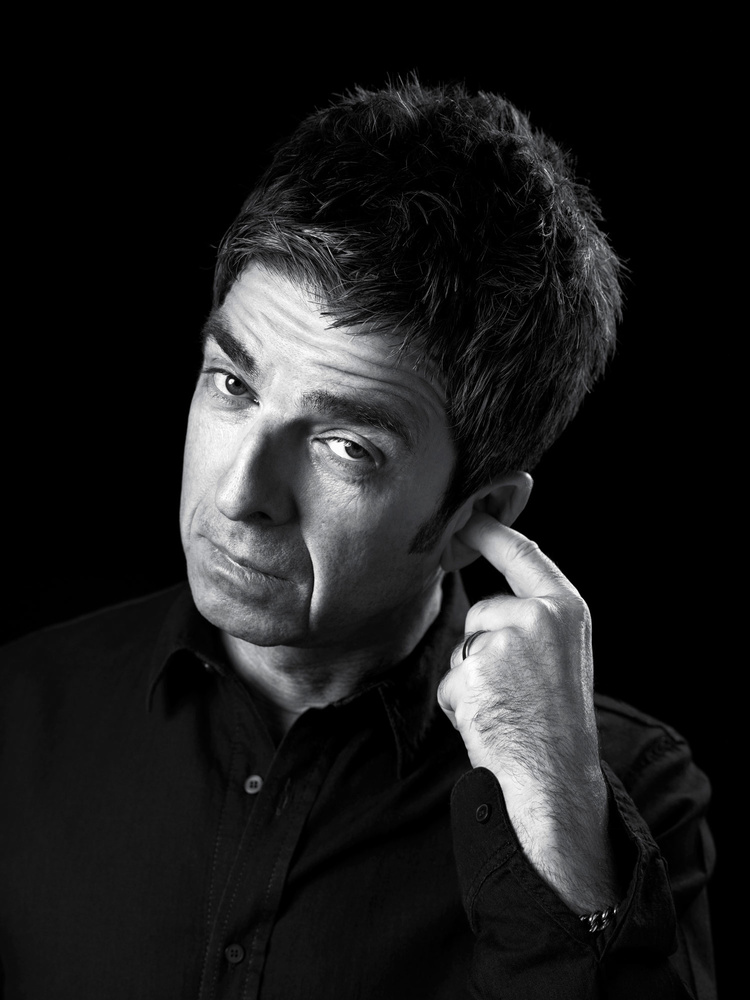 It must be mindblowing to win such a prestigious award. Tom describes the feeling: "There were around 200,000 entries into the Open Competition, so I feel quite weird about winning it. I feel incredibly honored, of course, but mainly, very, very lucky to be given a huge global opportunity like this. I won the Professional Portrait category for a series in 2018, and it really changed my career, but I never dreamed I could get anywhere in the Open, as the quality felt so incredibly high." Congratulations, Tom, on winning this award and on a wonderful body of work. 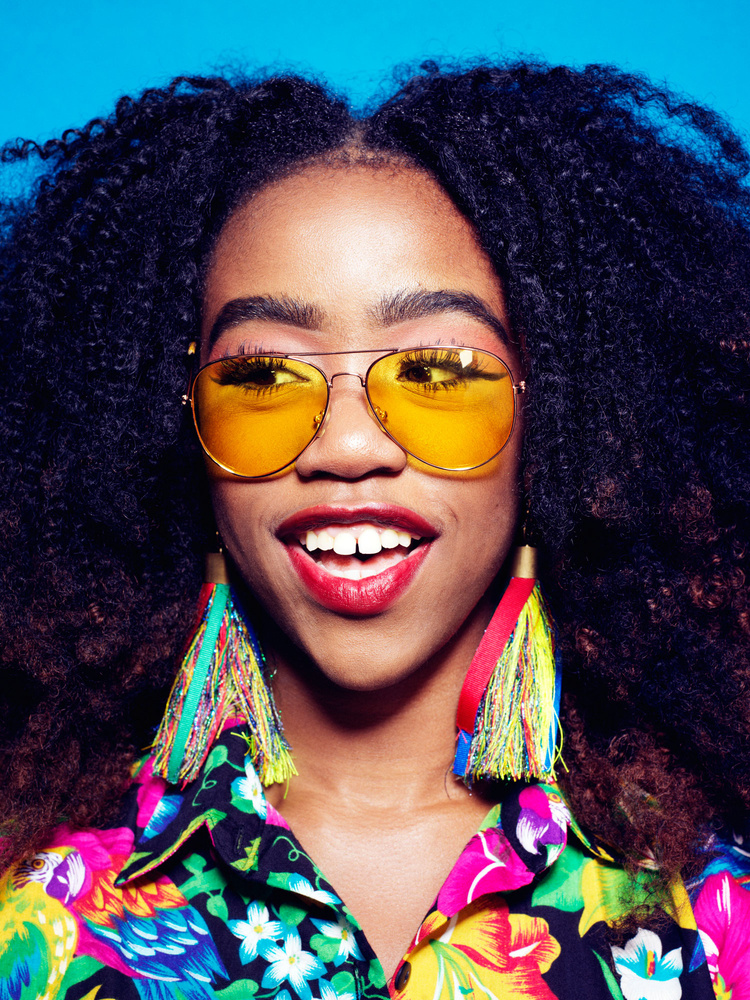 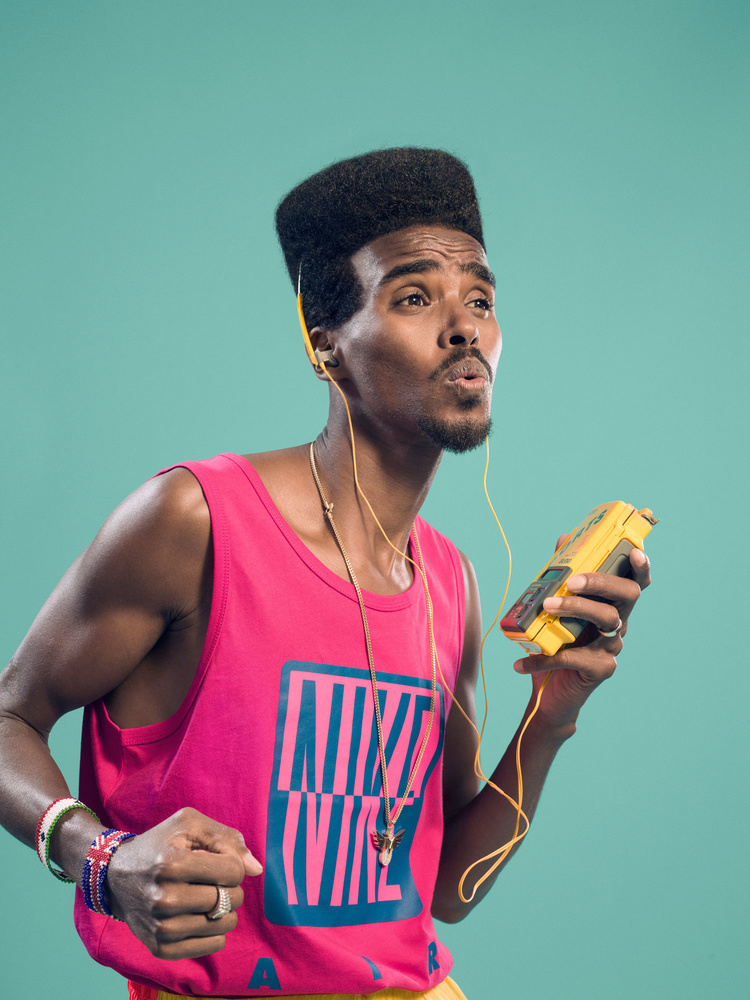 Tom's advice to photographers considering entering awards is characteristically pithy and on point: "Don’t try to win awards. Just make the best images you possibly can." He goes on to say: "The required standard you need to hit is very visible and out there, and you know you need to have an edge to be noticed in whatever field you want to operate in. If you’re producing work with humor, or technique, or impeccable timing, or bold simplicity, or emotional depth, or powerful storytelling, or uniqueness, or whatever key aspect that really makes your work sing, then competitions may be an outlet for your work. It’s a platform to share with a global audience, but personally, I’d advise you to beware of bogus competitions that are just paid to enter where the prize is "exposure." Will you realistically be noticed? You also need to be feeling fairly robust about the work, as it can be a letdown if you don’t get through, which has happened to me countless times."

Images published with the permission of Tom Oldham 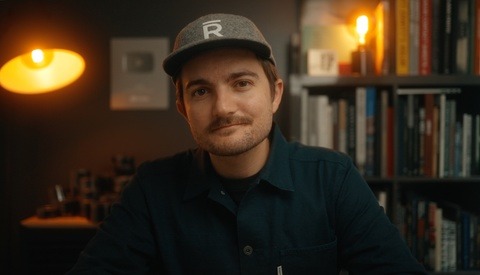 Film Photography / June 16, 2020
What Does It Take to Grow a YouTube Photography Channel to More Than 100K Subscribers? Authenticity 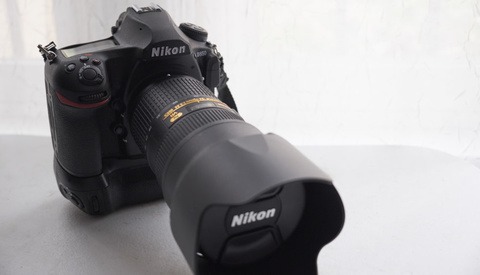 These photos are so quality. I remember my friend Tony from Buffalo, he also could make nice photos, but he does not want to do it again. He even made a few photos for this review website https://topeduservices.com/reviews/paperhelp-org/ that is well known and often used by students. Never dont stop dreaming guys, that all that we have.

Thanks, Louise! I like all of your posts and these photos are wonderful. I wanted to ask about Hasselblad, did someone used this camera? Cause I wanna order it. I also read an article about map apps at https://madappgang.com/blog/mapbox-vs-google-maps-choosing-a-map-for-you... which is one of the best mobile app development companies. I wanted to ask you if you know of similar articles about photo apps for editing?