Does Color Film Have a Color Tone Bias?

It's been going on for decades. Film chemicals that coat the film and react with the various colors coming through the lens weren't made to cope with a diverse set of skin tones.

Back in the 1940s and 50s, the standard was called a "Shirley card," which was used to calibrate the colors for printing. These checks were based on white skin tones. This is changing with digital photography and its technology, but creating awareness and making it known is another step forward for mankind.

We've fixed a lot of these biases with the digital revolution. Yet, we still have misrepresentation of darker skin tones in magazines and advertisements. These biases have also been brought from the film days to the digital era, as the video mentions. As photographers, the only way to change this is to promote and use the brands that actually make the changes needed to their software and hardware, whether it's sensors or the way the software responds to the sensor's data throughput. As Estelle Caswell says: "Tools are only as good as the people who use them."

I will most certainly pay more attention to skin tones and the way the camera responds to the colors it's taking moving forward. Digital photography can change this. I'm looking forward to a period where people and moments in time are documented with equal and real color renditions. As the video says: "Technology should be the ultimate equalizer to serve everyone's needs without an inherent bias." 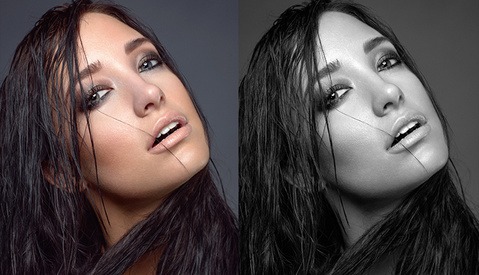 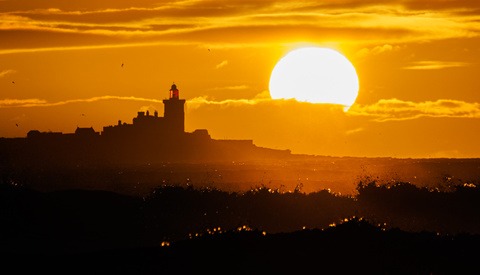 Opinion / April 23, 2021
There’s More To Color Than Meets the Eye, and Why Photography Judges May Be Getting It Wrong 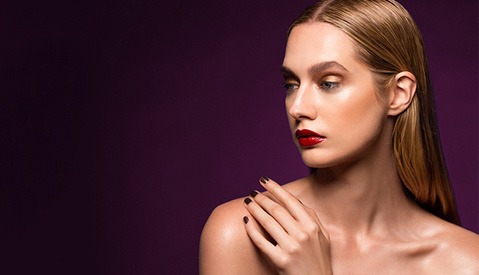 Education / November 30, 2016
How to Change Your Background Color in 30 Seconds

You must be too young to have used color sheet film when it came with the recommendation for CC filtration to bring it to neutral. Each emulsion batch was tested (Eastman Kodak) and the filtration needed was given on or in the box so you could photograph with it and get accurate colors.
Then we had and used color temperature meters so we could better control the lighting as we photographed.

Kodak Vericolor is dead. For color, my general purpose film is Kodak Portra 400. I haven't used Kodak Gold in a while. Kodak Ektar 100 is the film I use for outdoors.

Ditto on you being too young. You're also off on your history and how dSLR cameras deal with tonal biases. Using a calibration chart like the "Shirley card" is still in use today for film and digital -- not just back in the '40s and '50s -- in various formats such as a card chart, a ColorChecker Passport, etc. Film manufacturers -- Kodak, Agfa, Fuji, etc. -- all produced and still produce film with color biases. Kodachrome favored the reds and yellows, Ektachrome the blues and greens, Kodacolor was vivid in its recording versus Vericolor which favored skin tones. Those same biases are duplicated in digital cameras. The settings are called standard, vivid, neutral, landscape, portrait, flat, etc. Which film or dSLR setting you use is determined by the outcome you envision as a personal choice. And as to misrepresenting skin tones in magazines and advertisements, a photographer could supply a perfectly color balanced photo whereupon it looks different in print because of the type of printing press, ink manufacturer and/or paper stock that is used; in addition to whether the press itself is calibrated or not and the expertise of the press operator.

And as to the video, some of the conclusions about biases are caused by simply bad lighting. For example, the camera being able to track a white person and not a black person is flawed because the lighting is terrible; they're backlit. The same tracking and lack of it occurs today with top dSLRs. If the camera can't get a clear image of the subject it won't perform as it should. And the comparison of a group photo of white people as looking good and a group photo of black people looking bad it also flawed. The white shot was properly exposed while the black shot was underexposed which naturally made the black people look indistinguishable. I found the selection of pro/con examples biased which would create a false conclusion on the films being compared.

FYI, regarding the validity of my statements above, during my college years I did four internships at National Geographic starting out in the b/w and color labs as I moved up to shooting and being a photo editor. I was taught by the best of the best on how to judge film biases and correct for them, how to calibrate machines and film stocks, how to create perfectly color balanced images, how film color and quality are affected by poor exposure, etc. As the old saying goes: garbage in, garbage out. The video -- in my opinion -- is full of garbage in its portrayals and conclusions that are largely based on poor workmanship by the photographer.

What we now call Dynamic Range, we used to call Exposure Latitude. Same principals apply. You need to light properly in any case and place your end threshold points if you want detail in those areas. Showing poorly lit examples and then blaming the product for its shortcomings is negatively biased.