How to Make a Moody Long Exposure Fine Art Photograph

Long exposure photography is a fascinating discipline. It can be used in many ways and to great effect if you want to bring some mood and mystery into your photography.

In my latest video, I set out to fulfill a vision of a photograph I have had for some months. In the city of Aarhus in Denmark, we have a circular pier called “The Infinite Bridge.” It is a former part of an art exhibition known as “Sculptures by the Sea,” and due to its popularity, it has become a returning summer installation.

The Infinite Bridge is a popular subject for drone photography, but this time, I wanted to photograph the pier from the ground. The greatest difficulty I had to adapt to was the fact that this is a public installation. People both walk and run on it, which makes the entire thing wobble, and for photographers who need a completely still camera, this was a challenge. The reason why I wanted a still camera is the core of the photo — the long exposure. When you make a long exposure, it is of utmost importance to keep the camera still (unless you intentionally want some movement). If the camera is not still the elements of the photo will be blurry.

The reason for the long exposure was to smooth out the water completely and create this still and ethereal scene. I could use the curve of the bridge to make a strong visual line leading into a small person who looks out into the horizon. I had to use myself as a model, and that came with a few problems too. I had to use the built-in intervalometer of my Sony a7R III and walk into the scene, which meant leaving the camera behind.  As safe as Denmark is, I did have some worries about turning my back to the camera. If not for someone stealing it, someone could accidentally push it over and into the water.

Even though the weather was moody and the scene did not contain a whole lot of light, I had to use both my extended low ISO setting of 50, an aperture of f/16, and a neutral density filter to extend my exposure time enough for the wished-for effect. With a variable ND filter equal to eight stops of light, I could get an exposure time of 15 seconds, which was good enough for my vision. All this gave me the settings of 15 seconds exposure time, an aperture of f/16 (as to get the entire scene in focus and extended shutter speed), ISO 50, and an eight-stop ND filter.

I had envisioned the photo in black and white, and I stuck with that throughout the editing phase. I combined two 15-second exposures in Photoshop to smooth out the photo even more and blended in an additional three different exposures of myself to get a smoothed person standing on the pier. I think having a blurry person adds to the mood and mysteriousness of the final photo.

I also got another photo with almost the same composition, however, with a very different expression. It is fascinating how different photos can be, even though they contain almost identical elements. Check out the video above to see the other photo and hear my thoughts about composition. Also, let me know if long exposures are something you use in your photography.

Architecture / January 29, 2021
Why Storm Light Is Incredible for Landscape Photography and How To Photograph It 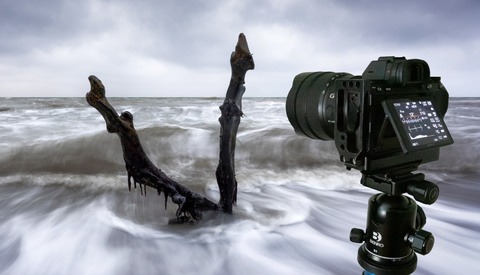 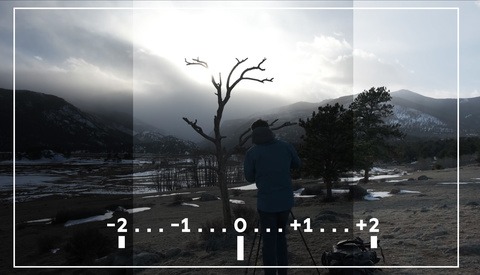 Education / April 6, 2021
How to Capture Every Detail in Your Landscape Photos Using Exposure Bracketing

Love the video Mads - Subscribed to your channel on the strength of that vid!

I think that the first image is more "classic" and has a better use of negative space, but it's the unconventional use of space that makes the second image interesting. The only thing that I'd have done different for the second image is slow down close to the camera, so you fade in instead of fade out.

I'm curious, why not shoot more exposures and blend together instead of using a hybrid approach?

Thanks a lot, Jon. I am not sure what you mean, what it the difference between hybrid approach and more exposures? :)

I think he means using a photo stack, smart objects and median filter to remove the water ripples - something like this https://helpx.adobe.com/photoshop/using/image-stacks.html

Love your work. Love your videos. As a fellow Fstoppers writer, it's a pleasure to learn from you (and others). That being said......what exactly is a "fine art photograph"? It has always baffled me.

Thanks a lot, Iain, and no wonder for the confusion. I don't think there is a definite answer. I think of it as something that is supposed to be art (not journalistic). Quite a broad definition but simply when the photograph is used as creative expression :)

Really like the motion blur on the person. Brilliant video!

Thanks a lot, Hans! Appreciate it :D

Thanks a lot, Kai! Appreciate it :)

How many times it can be said, and it´s never enough to bring to our minds: less is more. Love your shot mister.

Excellent video, I would have liked to have seen the post processing work to achieve the effect, nevertheless I prefer image number 1. Well done!