Some model poses seem to pop up everywhere repeating across different mediums and across decades. Many photographers deride these posing cliches, but these cliches can be useful on fashion and other model shoots, especially when working with new models still learning how to move. They can help create serviceable images when you are stuck for ideas or when you need shoot a series of good looks in a short period of time.

Developing a working vocabulary of cliche poses can be worth just as much as coming up with the latest and greatest pose. Here one pose is held by four different models on four very different shoots.

The Headache can be used in a variety of situations without looking like a repeat. It can be quite useful as a direction for new models and experienced pros.

Experienced models generally have a repertoire of beautiful poses they can draw on to bring a shot to life. Coming up with a list of modeling cliches can avoid getting stuck for the next direction when working with new model can save a shoot. On portrait shoots which subjects who are wholly unfamiliar with posing, the cliche list can provide a the basis for a rapport to move a shoot along. Even more experienced photographers that need to work quickly to get a variety of poses on a shoot can benefit from familiarity with cliches. After all, they did not become cliches if they didn’t work creating attractive lines and favorable body positions. These poses became popular because they worked and were repeated. Experienced models tend to have a group of poses they can rely on and can rattle off a series of poses to pull off a look. This is especially useful when shooting catalog days with 30-plus outfits.

Hand, arm and leg positions can make or break a shot. Having a familiar list of poses in mind can prevent losing time when directing a model.

I started noticing the need for a battery of different poses that I could direct a model through in a quick series when I was shooting for prom dress clients where we simply needed to get many dresses on and off of the model over the course of the day and capture a variety of different poses with each. With repetition the model and I worked out a number of poses that she could by gracefully flowing from one pose to the next so that the time on set for each dress was minimal and we were able to get through our challenge for the day. I chose to apply more humorous names to the poses when I gave directing and posing workshops for photographers.

My humorous names for posing cliches helped embed the directions for my workshop students but they often elicited an energetic expression the model as well. Every photographer can create their own list of names for their favorite poses. My list of poses has things on it like the Home Alone, the Pageant Pose, the Headache, Barbie Arms, and Rock-A-Bye-Baby. Some of my other names are a little more descriptive, if possibly a little less amusing. The Surprise Face, the Hair Whip, the Wonder Woman, the Push-A-Hip describe the pose in their names.

Here are some of the cliches I have relied on:

The UpDo, Tugging Ear, the Home Alone, and the Headache.

The Hip Twist, the Push-A-Hip, the Pageant Pose, and the Pin-Up.

Finally there is the model walk. Different from the runway walk, the model walk or fake walk is like traveling and getting nowhere. Below the model appears in motion each time, but is really not leaving her spot. This is helpful when shooting in studios with limited space and it keeps the model easily in focus. This requires cooperation from the model begin a walking or jumping motion without traveling forward and simulate walking positions with their arms and legs around a predetermined spot. Jumping lightly from one foot to the other adds even more action. Using a fan can enhance this effect.

The model walk can be very useful to simulate action even in a restricted space. This model implies action but doesn't really go anywhere.

Even with less experienced models and photographers there is logic repeating poses that work time after time. A better model will bring more authenticity and grace to each pose, no matter how many times they or other models have done it in the past.

Dan Howell has been a New York City area photographer specializing and fashion and portraits for catalogs and magazines for the past 20 years. He began photography with photojournalistic aspirations but found a more comfortable fit in the fashion and commercial world. 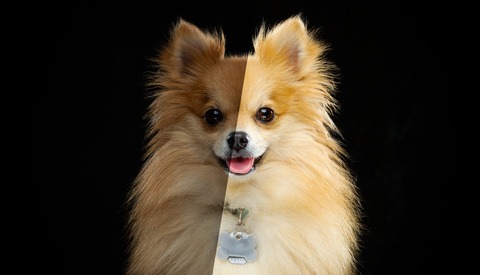 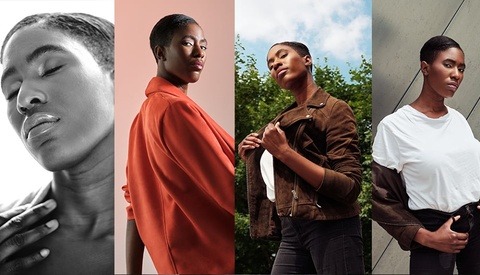 Fashion / September 7, 2019
How I Photographed This Model in Under an Hour and Got Her an Agency

Dan, thanks for the excellent article on posing.

I believe there is more benefit in focusing on personality of a person you photograph rather than on trying to reproduce cliche reference photos. Everyone is unique, and not a copy of others, - some poses may work for some people, while not be optimal for others, not to mention body type...Some poses which you think would be great are just not natural for a person you photograph, and if one did not care about getting to know their personality, they may end up with posed photos and a model who is not being able to recognise him/herself and have a connection with the photos. Not to mention that most of cliche poses do not look natural. I find that trying to focus on personality of a person you photograph results in creating photos that do not look natural or posed.

Thank you for reading. I happen to take a different stand regarding the work I do. I am most often tasked to create beautiful or interesting photographs of models wearing wardrobe that is not their own in a location they have no connection to at a time they might rather be doing something else. I am not tasked to create images depicting a model's personality as they were hired to represent an image or style that might or might not be their own. On other occasions I am tasked to photograph people's portraits to represent their personality, their occupation or their achievements. Even then I find it useful to have ideas for shapes and expressions that I can quickly call upon if a subject is stiff or uncomfortable. Going in without experience and ideas is a risk that I will not impose on my clients.

Thank you for sharing your opinion! I was referring to creating portraits of people rather than images that sell products. I totally agree that it is important (and "must have") to have a plan and come prepared for each photo shoot. Unfortunately, many photographers press a shutter without establishing any emotional connection with a person they photograph, being too obsessed with technical side of a photo shoot (lighting, camera settings, poses, etc.) rather than being interested in the person they photograph. What helps me to create portraits that look natural and unposed is a dialog, during which I am trying to talk with a person in such a way that creates emotions. When you talk, you will notice what are the most natural poses for this person, what side of their face looks better (if it is not symmetrical), how they smile, etc. It also helps to make them feel more comfortable, as it takes their mind away from "uncomfortable photo shoot" situation. For me, trying to use cliche poses is similar to making people wear clothes that do not belong to them, - it may fit, it may not. But then, everyone is different and sometimes (as it may be the case in fashion industry) a photographer has to work with specific requirements. Thank you for interesting article, and for sharing your experience!

I guess there is (as always anywhere else) a balance needed. I usually tend to go somewhere in the middle, trying to make my model feel the pose I believe is right for her personality, talk with her, give her some rough ideas and correct only small details. I guess in the end everything that do the job works (as to state 'whatever works' or ... something similar? ;) )

I'll have to disagree on your logic. While bringing out the personality of a model is the job of both the model and photographer working together, if you have plenty of personality, but no array of poses, what your are left with is a static shoot with the same look and pose on every shot and the model not knowing what to do. I'd rather have a model who already knows some poses to give, and as a photog, help pull emotion from that point if needed, than the other way around.

Thank you for your opinion. There is no point in arguing on who is "right" and who is "wrong". I shared what works for me. It may work for another photographer, it may not, as everyone is different. There is no one "set in stone" approach. As for the poses - I would not argue, - you are welcome to check my portraiture work on https://www.yanpekar.photography to make a judgement as to whether the portraits of different people have "static shoot with same look and pose on every shot" or whether they show personality of people. Have a great day.

Excellent article, Dan. Thanks for sharing.

Hey Dan! Could you possibly create a pdf guide of the pose descriptions each with pictures that show the examples? I'd totally buy a copy for reference purposes

Hello-I have some references from the past that I can dig up. Message me your email and I'll see what I can find.

I'd love something similar.

This is a great idea, but instead of asking for a complete reference set of shots from another photographer (which, by de way, I have nothing against) I'm going to start collecting photos I like from differents artists and made like a mood-board for posing references.

Well the cliche poses are useful for catalog shots I'm sure. But more high fashion is more about pushing the edge, etc.

Well, I do not want to describe myself as a high fashion photographer, so I can't really speak to that. I have been on shoots that where we made a conscious decision to move away from the expected poses. HOWEVER, that doesn't mean that the most cutting edge poses were ultimately selected.

I think that there are some here that were assuming that I was advocating for a strict approach to directing/posing. My intent, which I guess I should have spelled out better, was to provide a framework to give photographers more confidence when it comes to directing models and hopefully they can drop them in to keep a shoot moving until more authentic poses start happening again.

What I will say is these are poses that I have seen occur time after time across many magazines, advertisement, catalogs and portfolios. They have been come popular because they are effective. I just applied my humorous names to them for help people remember.

This article is really helpful! I did my first portrait session back in April. It was the one thing that went through my mind on my shoot posing. Thanks again.

Great Tips. Everyone will know what works and what poses doesn't. There are a few poses I don't like and I tell the model just before we shoot on what I want the poses to be like.