The Rewards of Patience in Photography

In a lot of genres, you have to shoot quickly and efficiently, lest you'll possibly miss an important shot. In other genres and situations, being in too much of a rush can be what actually causes you to miss the shot or come home with less-than-stellar results. This great video examines the idea of patience.

I've always enjoyed landscape photography because I'm very used to a hectic, fast-paced lifestyle that starts to wear on me after a while, and the almost meditative nature of the genre helps me to relax and recalibrate my senses and internal clock. The beauty of it is that there is no artificial lighting, no posing; you have to compose your shot and wait (and hope) that the light and elements will complement the scene appropriately to get what you need. Externalizing the locus of control as it relates to time is a great way to refocus your inner being at least for a bit. That's why I appreciated this video from Thomas Heaton, in which he waits 30 minutes simply for a breeze to die down long enough for him to fire off shots for a panorama, but instead of getting stressed or taking lesser shots, he accepts the lack of control he has and enjoys his time in nature. It's something I think we can all benefit from. 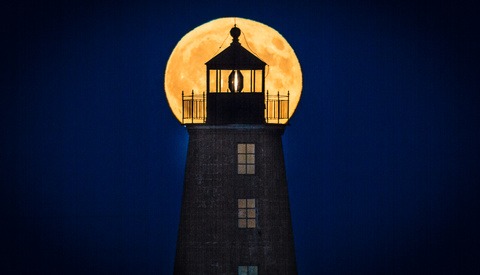 BTS / December 22, 2017
Make the Photo You Dream of With Preparation and Patience 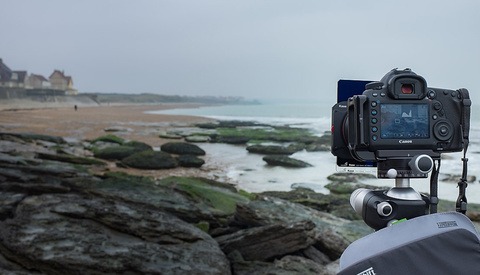 Education / April 4, 2019
How High Expectations Changed into a Disappointment, or Did It? 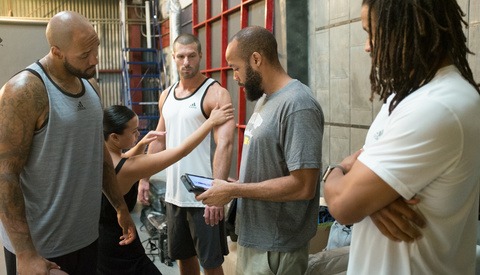 I wonder if Thomas went full manual on his camera: shutter speed, aperture, ISO, white balance, and auto focus; I don't care what his settings were (the Tony Northrup video) since the lighting would be different for my locations. To me, it seems that changing anyone of those parameters would make stitching the images together difficult. I created two panoramas in 2013 using film and to me, it made sense to use manual exposure since changing the aperture or shutter speed would introduce a variable when stitching the images together.

Watching this was pretty peaceful, I'd have to say. lol.

Really? Even in bear or wolf country, I never think about that. Maybe I'm naïve but after lots of such travels, I've never been attacked, either.

Not much is going to eat you in Minnesota besides the mosquitoes.

Coyotes here don't get big enough. The wolves are far and few between and rarely make an appearance. Black bears yes but they avoid us here like the plague. I've never seen a mountain lion here in my entire life. So for the most part we don't really ever worry about predators here besides the little flying ones.

There have been a grand total of 2 confirmed coyote kills on humans in history. One was a 3 years old girl. Coyotes very rarely attack humans, and when they do injuries are usually minor at best. Most coyotes are only about 20lbs, the biggest being around 45lbs. They simply are too small to pose a threat to humans as they generally don't hunt in packs.

Wolves are just as unlikely to stalk and attack humans. Though have a greater threat level when they do. There have been a total of 33 recorded fatal wolf attacks in the US in the last 300 years. Wolves are much more likely to be curious about humans than predatory towards them which is why there are many reports of people experiencing wolves "stalking" them but never approaching or attacking. A large percent of recorded fatal wolf attacks are either due to a rabid wolf or a captive one. Predatory attacks on humans by wolves is very low. Wolves also very rarely strike prey that stands up to them. They hunt and slay on the chase. Even natural wolf prey such as caribou have a vastly increased chance of survival if they stand their ground. As soon as they elect to flee odds are they are done for. Though the wolves don't generally kill a large animal like a caribou straight up, instead they chase it and harass it preventing it from resting or drinking water until it is so exhausted it can't fight back. A straight-up fight is just too risky as a single errant hoof can be fatal to a wolf.

Fatal bear attacks are a bit more common at 1-2 per year. But even that is ridiculously low relative to how many people visit parks that are in bear territories. Though its worth noting that the bear number is inflated as bears are scavengers and bullies so even a corpse if found with strong evidence showing it has been fed on by a bear it doesn't mean the cause of death was a bear. Bears very rarely hunt prey that is able to flee, it simply costs too many calories even if they can outrun that pray. Its much easier to just lumber along eating berries and insects then bullying smaller predators off kills when the opportunity arises. (The exception being when bears stand in water and fish since it is such low effort relative to the amount of food that is coming "to" them). Most bear attacks are humans approaching and surprising bears, not bears hunting humans for food.

There have been 14 fatal mountain lion attacks since 1970. Half of which were of children younger than 13. Mountain lions are very timid, even when the prey is smaller. They generally only attack prey that appears weak and is also alone. (Which is why such a high percentage of fatal mountain lion attacks are children or seniors who have wandered off from the group). They also will always look for the element of surprise, if you know the Lion is nearby it is unlikely that an attack is incoming. (though don't turn your back on it)

(stat source wikipedia, so the exact numbers may be a bit off, but it gives you a reasonable idea of how trivial the magnitude it.)

Big mammal carnivores are so very rarely threats to people it's ridiculous to even consider them a major danger. Yeah, be safe and don't approach them or try to interact with them, but in the great big scheme of threats they are so low its not even remotely worth fearing. Especially when you compare to say the mosquito that is responsible for an estimated million or so deaths every year. (due to spreading disease)

Or even compare to the deer. There have been 130 confirmed fatal deer attacks on humans. That eclipses all large, North American mammal predators combined. (Though it is worth noting deer never initiate hostility, it is always a reaction to a human approaching too close, either accidentally or intentionally)

I've been hiking frequently in the Rocky Mountains for my entire life and have encountered all of the above, many times. Not once did I ever feel like they had anything on their mind other than to either ignore me or flee from me.