Use Psychology to Take Better Portraits

Long before I ever picked up my first camera I was always fascinated by the subject of psychology. To understand some of the reasons why humans behave the way they do is rather useful in many areas of our lives. Once I started to get into photography more seriously I began to realize how the two subjects could be used together to make more powerful images.

Instead of just asking a model to stand like they were waiting for a bus, I'd use the knowledge I had learned on psychological topics such as body language and archetypes to help convey the messages in my narratives. Even if some of the viewers didn't understand the reasons behind my choices there was a good chance that subconsciously it would affect how they felt about the work. For me, it has always been important that every detail no matter how small is complimenting rather than detracting from the bigger picture.

To this day I still use a lot of these concepts in my fine art work and regularly devour huge articles on all things psychology related. It's because of this hunger that while reading Psychology Today I learned about an interesting study on self-portraits. Florida State University Psychologist Anastasia Makhanova and her colleagues had tested the hypothesis that people would manipulate the camera angle when taking selfies as an impression-management strategy. In plain English, this means that depending on who the intended audience of the pictures were, the angle that both male and female subjects would use to take a picture would dramatically change.

What Makhanova and her team theorized correctly was the following:

The study didn't stop there as Makhanova and her team photographed male and female subjects from three different camera angles: above, straight on, and below, then asked different participants to rate each version of the picture. Not surprisingly the results of this second study showed how people also preferred the pictures taken using the same angle combinations mentioned above. Our impression of someone is indeed influenced by which camera angle is used. As with most psychological concepts, these ideas are nothing new. Our caveman ancestors would have given similar results to us as their brains would have also been hard-wired to recognize these various qualities. Except for them, it wasn't about achieving the ultimate selfie, it was about picking the best possible mate or trying to work out who had alpha male status.

Although these findings may not have come as a huge surprise to most of us, how many photographers are actually using these concepts to their advantage? Just from a personal perspective, if your profile picture contains a self-portrait, is it conveying the right message to those that see it? Many people use the same profile image for all their various online accounts but that might not be the best idea when you think the intended audience will vary from site to site. The message you want to project on your LinkedIn account is probably quite different to the one you may use for online dating or to launch a Kickstarter campaign.

Even if you don't see the importance of using it for your own profile pictures, you really should be taking advantage of the findings when taking pictures of others. Here are a few examples of where the photographer has got the camera angle right for the context. 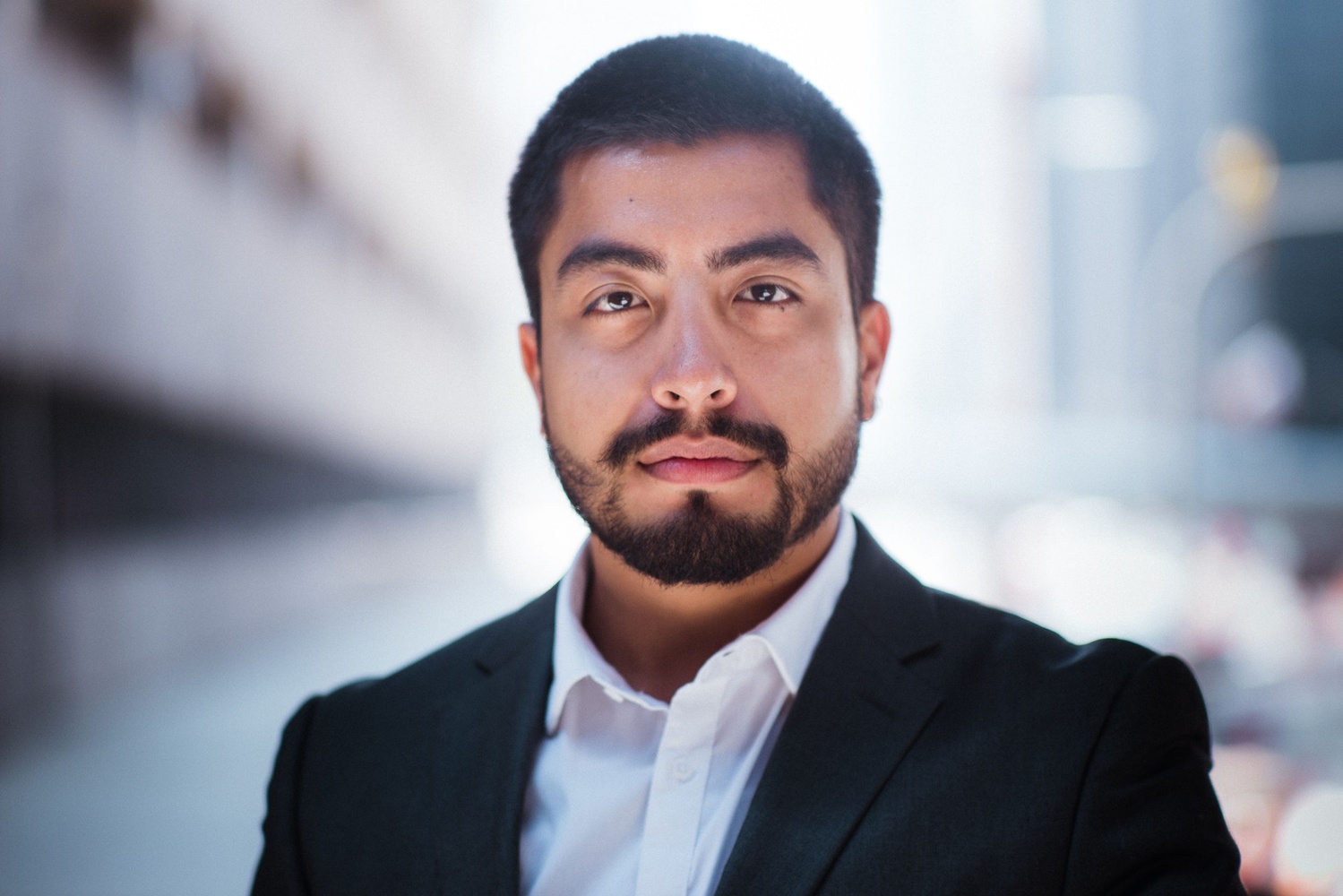 The angle of the camera is slightly lower looking up at the subject. For someone who wants to give the impression of being taller and more dominant in the business world, this angle is perfect. You probably wouldn't want to go any lower than this as it could start to be unflattering. As the angle isn't too extreme, you are not only giving off a dominant message but you also manage to keep the impression of supportiveness and approachability which are associated with portraits shot straight on. 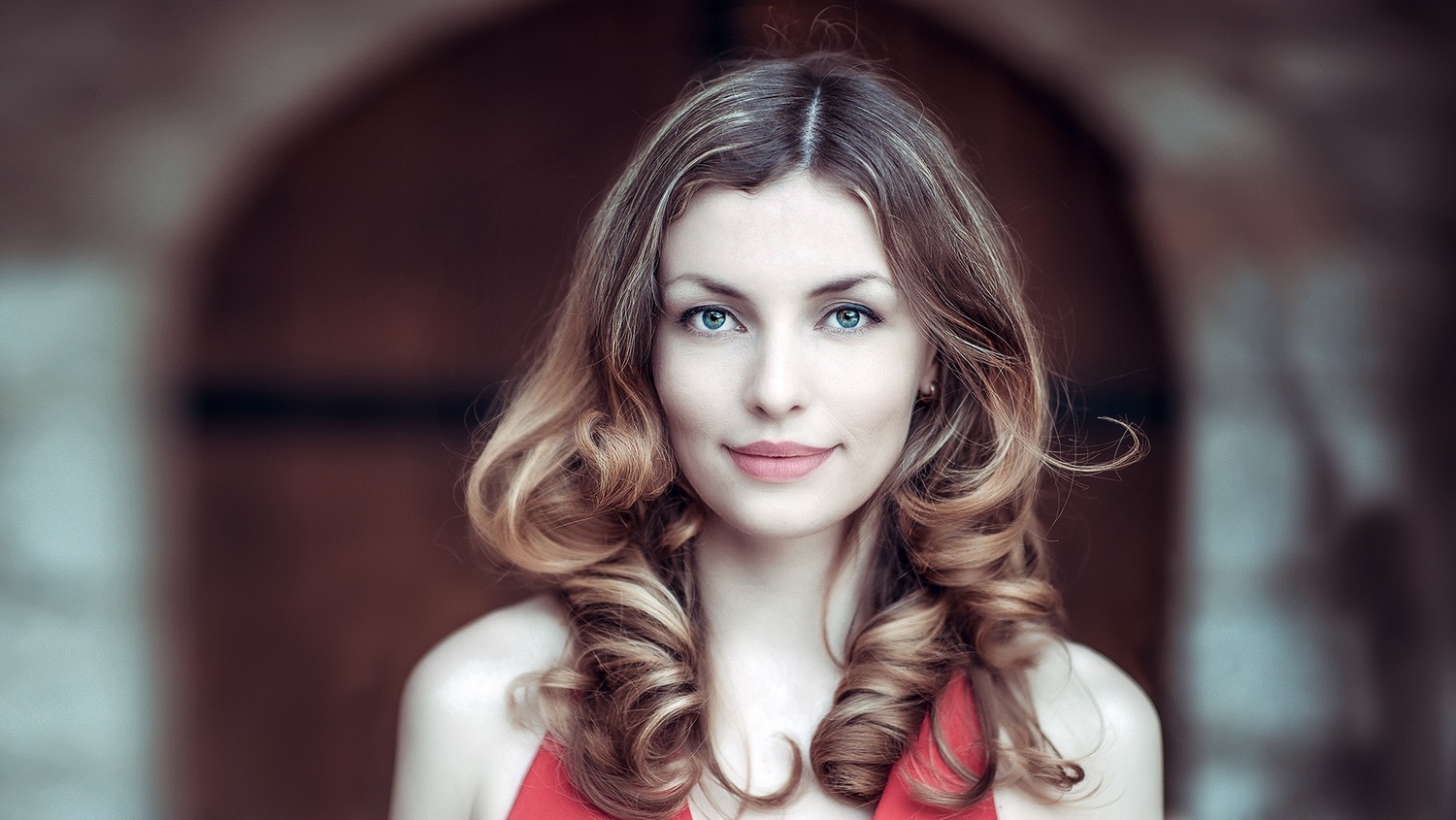 Looking at the choice of angle used here we get the impression of supportiveness and approachability. The photographer has chosen to capture this portrait straight on which is the right choice for things like professional headshots. If the angle was much higher and the subject was looking up at the camera there is the risk of conveying the quality of submissiveness which is usually not desirable in this particular context. 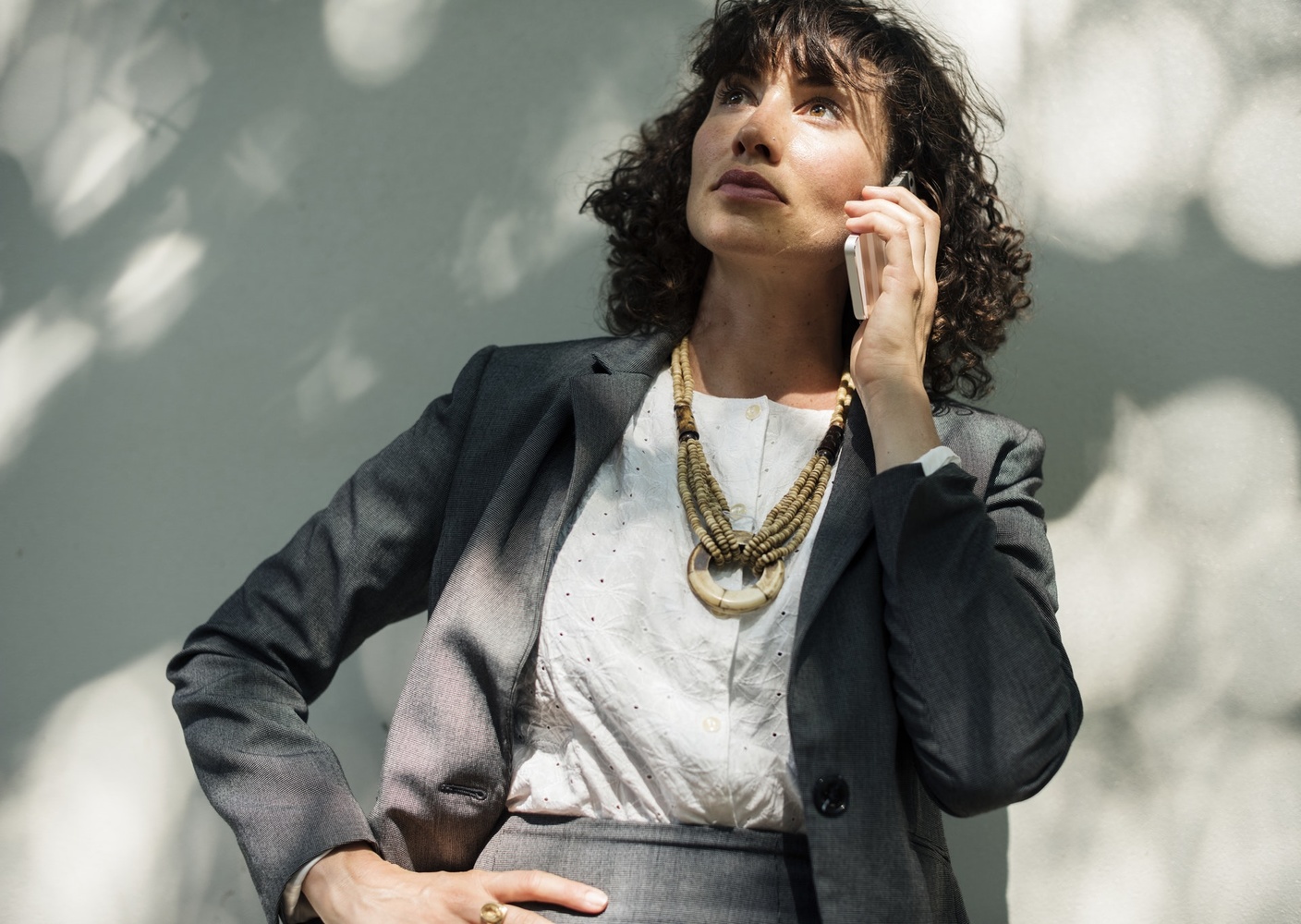 Similar to the business portrait but the angle of the camera is much lower looking back up at the subject. This gives the impression of being taller and more dominant. Obviously it's a useful one in the right business context but also an important tool to help illustrate a powerful person in any setting. Guess what angle they used for the recent "Wonder Woman" movie poster? 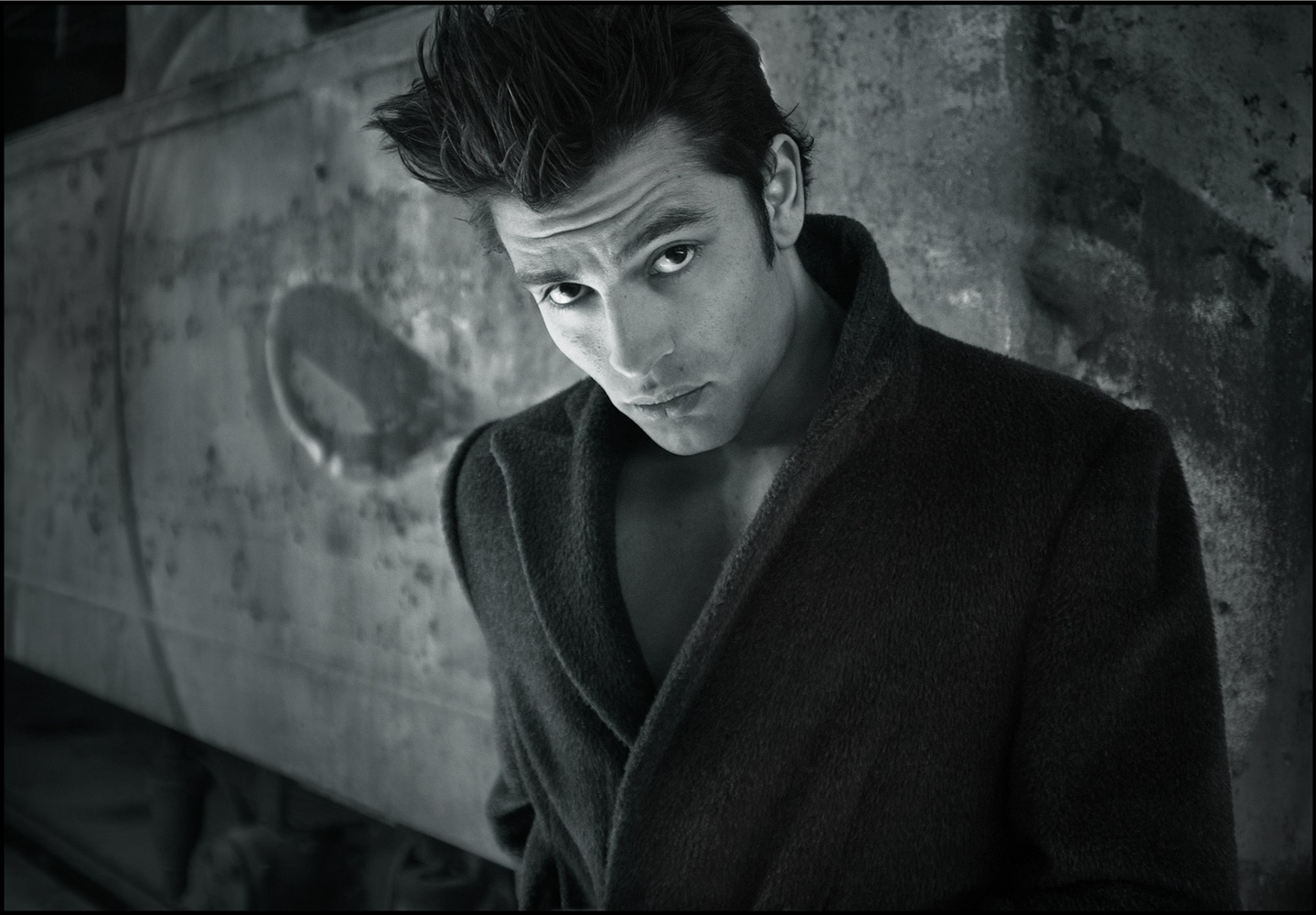 If the goal of the image is to make the person look vulnerable or maybe submissive then you can give off that message by either shooting from above or have the subject look up to the camera. In our example, although the camera is straight on the fact the model is almost bowing his head looking up like a naughty school boy really changes the mood of the image. In my opinion, this piece gives off an approachability and slight vulnerability to it. Often used in fashion photography to great effect, it's something you probably wouldn't want to use to photograph the CEO of a powerful company.

So there you have it, how using the hard-wired psychological preferences we inherited from our caveman ancestors could dramatically change the tone of a portrait. Although these ideas are rather obvious, it's surprising how often you still see photographers not using them correctly. There really is a time and a place for each and every camera angle combination you can think of. Just be sure the one you pick is complimenting rather than detracting from your overall message.

What do you guys think about this topic? Is this something you consciously do when taking portraits? Don't be shy, leave a comment below. I promise I won't judge the angle of your profile picture. 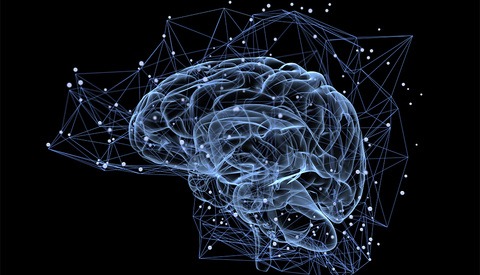 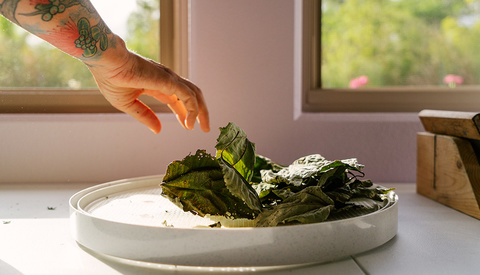 Education / July 27, 2021
How To Create Photographic Narrative With in-Between Moments

Most of my portraits are corporate headshots targeted at peers in the industry. I've never given any thought to these concepts but always take them head-on, which I guess is correct. This fairly summarizes all my successes...incidental. :-)

I have to be honest Patrick that I haven't employed these principles my whole career. Once I did learn them something did click into place though.

At the very least it's handy to be able to articulate to a client why you moved the tripod 6 inches lower/higher.

Glad your cave man instincts picked the right camera angle for your clients... ;)

My profile avatar is a monkey, I'll leave you to decide what to make of that!

Check back next week for an article on the choice of animal profile pics... ;)

So...have people come around in a big circle to re-discover posing hacks that painters discovered centuries ago?

Some have always known about it. I guess I got lucky as I studied psychology and fine art before I ever picked up a camera...

Paul - Can you suggest any further reading on this topic?

Hi Andy, great to hear you're interested by this topic. I'll have a look through my bookmarks and get back to you later...

Just randomly found this which I think you'll find interesting:

Or was you looking for my psychology based?

We are really looking at two different things. The first is what the client wants, and a photographer should give that to them. What the author explains seems correct. The second thing is what the photographer wants. The most iconic photos I've ever seen of historical figures tend to be shot from slightly above the subject. For example, with Yosuf Karsh's work, that angle lets us peer into the soul of Bogart, Einstein, Churchill, Hemmingway, etc. That may not be right for a typical business headshot, but it works as art.

Hi Henry, this has nothing to do with what the photographer or client wants. This has to do with the connotations we instinctively associate with certain camera angles. Our brains are hard-wired to read these angles in a particular way and as a result, photographers should be taking advantage of them.

As for the work of Yousuf Karsh and all great artists for that matter, what they do is always intentional. Karsh picked that angle for a reason. ALL photographers should be making conscious decisions about everything they do...

Thanks for your time