With medium format bodies more affordable than ever, but still much lighter on lenses than full frame, could one solution be to use lenses originally created for film bodies?

If there are two things I have deep, unwavering love for, it's medium format cameras and vintage lenses. The thought of pairing the two excites me in a childlike fashion. In this video, Negative Feedback goes on an experimental trip of using his Fujifilm GFX 50R with a FotodioX Mamiya 645 Lens to FUJIFILM G-Mount GFX DLX Stretch Adapter and the Mamiya Sekor C 210mm f/4.0 lens. As he mentions in the video, he really wanted to pair this with the Mamiya Sekor 80mm f/1.9, but they are still around $500 so he opted for the telephoto prime.

Negative Feedback is a superb photographer both on film — his real area of passion — and digital, though his standards for his work are incredibly high. He is underwhelmed by the images in the video (despite them being for the most part excellent) and seemed relatively unmoved by the combination. He does have a bit of a bias towards shooting on film over digital which may have colored his views, but either way you get to see what this pairing can produce.

What did you think of this combination? Have you paired a digital medium format camera with a better vintage lens?

I do like Negative Feedback's channel but this wasn't a great example of the Mamiya 645 and GFX combo! I almost exclusively shoot with the Mamiya 80mm 2.8 and it it might be the best camera/lens combo I have used. Check this pic https://fstoppers.com/photo/296008 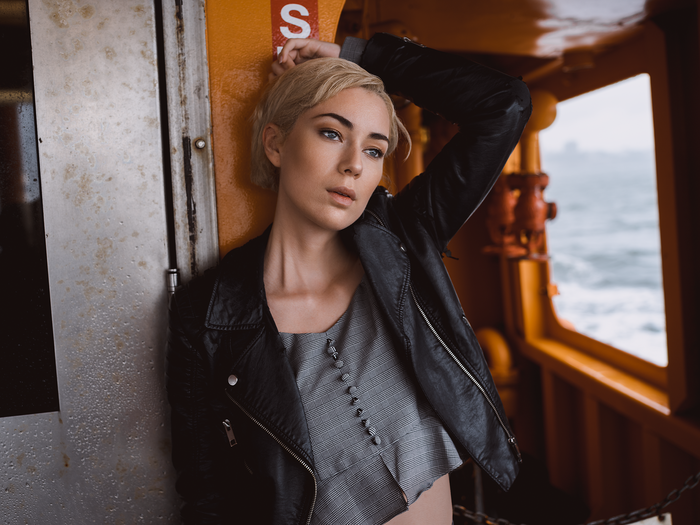 and nearly every one on my insta: https://instagram.com/fujifilmxpro2

Develop the film yourself, you lazy person!

Struggling to get my head around the concept of a superb photographer with incredibly high standards who can afford a Fuji GFX50R, but not a Mamiya 80/1.9.

The other way around, sure - perhaps that would make some sense.

Ok. So I've clicked through now. Just ridiculous. The guy has over 200k subscribers on YouTube, and his videos are sponsored?

And he can't fork out for one of the greatest MF lenses ever made because it costs all of $500?

Because of course the Fuji is such a cheap camera.

I'm not judging. Someone might save up, get the body, and start using it with a cheap lens while saving up for the better, more expensive lenses.

Maybe he was given the Fuji since he has so many subscribers. He does say that he prefers digital over film too.

The 80mm f1.9 is one of my unicorn lenses that I was able to snag before the prices moved upwards, I think mine was something like $325 (with 3-month warranty) when I got mine. Easily one of my favorite lenses and it's shocking how small it is!