A Primer to Shooting Film in 2020: Three Important Film Topics

With the popularity of film photography getting traction, it’s time you get caught up. Let’s talk about your film options.

How to Decide on a Film Stock

Since we’ve gone over the various types of film stocks available, let’s talk about how to decide which is best for a given outing. For me, first and foremost, the decision of what film stock to shoot is a lot like how I decide what beer I want after I’ve been out and about shooting (can anyone say post-shoot rehydration?) – it’s all about the weather. If it’s a hot and sunny day, I tend to go with Kodak Portra 400 or Kodak Gold since its color palette reminds me of sunny days in the middle of summer. If it’s sunny and bright without being too hot out or if the sun is going down and the colors of everything aren’t too washed out, I will likely reach for some Kodak Ektar or (again) some Gold. If it’s a bit cloudy or rainy out, I tend to reach more for my black and white films. As such, I tend to shoot a lot of Portra, Ektar, and Gold in the summers and TMax 100 and 400 in the winters here in Ohio.

Further, I also tend to choose my film like I choose my beer when I’m on vacation. I’m either reaching for something I already know but only have on a special occasion or I’m going for something new. That is, given the added cost of slide film and how much more difficult it is to find a place that processes it, slide film serves as a special occasion film stock rather than something I have on a regular occasion. In addition, I strive to try new film stocks as often as possible but don’t always have an easy time fitting it into my day-to-day shooting. As such, when I’m traveling to a new place, seeing new things, I prefer to try new film stocks too. A “when in Rome” (never been to Rome) kind of thing, you know?

Let me begin by saying that I find it frustrating when people say “overexpose” in any way that isn’t referring to a mistake. I strive for proper exposures and only “overexpose” or “underexpose” by mistake. That’s not to say I always shoot at box speed. Indeed, I consider box speed more or less a starting point rather than a rule to be followed. That is to say, the box speed of a film is merely intended to act as a marker for the highest ASA for which a neutral exposure renders a pleasing image and the dynamic range is at its widest. Since film typically has a much greater tolerance for overexposure compared with underexposure, it’s somewhat common for film photographers to intentionally meter for a slower speed than the box speed.

One such common example if for Fujifilm Pro 400H. I’ve found that I have a rather strong distaste for Pro 400H meter at ASA 400 and in fact like it quite a good deal when metered at ASA 200 or even 100. In all honesty, I think Pro 400H makes such a big improvement between metering at 400 and metering at 200 that I’m not sure I even understand what its box speed is 400 and not 200, but that’s neither here nor there. Other common films to be rated at a slower speed than box speed are in the Portra family. Given their versatility and the characteristic curve of the Portra family, they can easily be metered 1-2 stops slower than box speed, and you’d probably still not have any issue with clipping, even in scenes with a great deal of contrast. This can be seen observed in the exposure testing of films. This link illustrates demonstrates the exposure latitude of Portra 400.

It should be noted, though, that for color negative and black and white negative film, people rarely suggest “underexposing” your film. That is, it is often unwise to meter your film for a speed 1-2 stops faster than your box speed. Some films can handle it, while other films really struggle with it. Take, for example, Portra 400 and Cinestill 800T can handle metering for faster speeds without looking too terrible, however, Kodak Portra 160 and Ektar look pretty terrible. All color films tend to get a great deal more saturated and produce muddy shadows, so really, it’s a question about which films have a greater tolerance for it. In really extreme situations, you can also experience color shifts, which can be really displeasing. Black and white negative film, on the other hand, can typically take the abuse a great deal more than color negative film. This can be evidenced by evaluating the datasheet for TMax 400. You’ll see that shooting TMax 400 at 800 ASA does not need any accommodations in the development phase.

What does it mean to “push” film? Great question. In essence, it amounts to overdeveloping (i.e., processing it for a longer period of time) your film to compensate for a purposeful exposure below the box speed. Take for example, if I need a shutter speed of 1/125 for a neutral exposure, using a shutter speed of 1/500 is 2 stops too slow to produce a neutral exposure. If I care to shoot most if not all of the roll in a similar fashion, I can still obtain relatively neutral exposures by compensating during the development phase. So, in this situation where I’ve shot an entire roll 2 stops faster, I would normally develop my TMax 400 for 8 minutes using Ilford’s Ilfotec DD-X, whereas to process TMax 400 at 1600 (pushing 2 stops), I must develop for 13 minutes.

I used to try pushing and pulling film quite frequently with both color negative film and black and white film, but I don’t have much of a taste for the color shifts of pushed color negative film. Further, while it is not difficult to find a local lab that can process C-41, it is pretty uncommon for a lab to be willing or capable of pushing C-41 film; even those labs that will push film usually charge more for doing so (sometimes by the stop). Black and white film, on the other hand, can take pushing pretty well. If you’re processing your black and white film at home, I don’t know that I would recommend it unless you really need a faster film than you have access to. If you’re already processing your film at home or you’re willing to try it, there’s no reason not to play around with it.

Unlike pushing film, pulling film shortens the film development time to compensate for metering one or more stops slower than box speed. Given the latitude of film, this is very rarely done. In fact, I’ve only done it on a handful of occasions in experimentation rather than out of necessity. 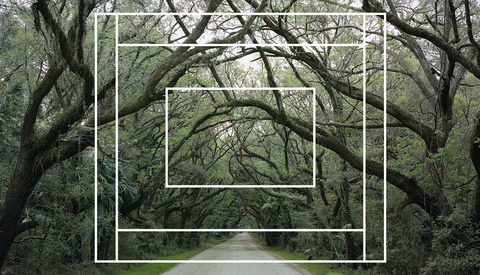 Film Photography / September 7, 2020
A Primer to Shooting Film in 2020: Format and Camera Options 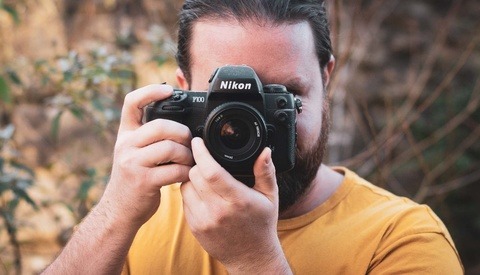 I've done a lot of pushing/pulling on dozens and dozens of film stocks over the years... most of those that were color film I never shot another roll that way again. You should see some Kodak Ektar pushed 3 stops.

B&W film is a different story and I almost always overexpose Fuji Acros 100 (my go-to stock) a bit. Ilford FP4, on the other hand, I like to underexpose and push.

But pushed color film doesn't always end up terribly - PT Anderson underexposed and pushed the Kodak film for PHANTOM THREAD to give it a dirtier look. On the flip side, Wally Pfister overexposed the interrogation scene in THE DARK KNIGHT by 5 stops and pulled it down.

So you know, once you know the latitude of your stock, you can do some cool stuff.

Also, re: Pro 400H at 400 - the box speed is not always the actual ISO of the film (actual ISO is called "foot speed" and I guess you could liken it to a digital sensor's native ISO). For example, Ilford Delta 3200 has a box speed of ISO 3200 but is really an ISO 1000 film. The box speed itself is pushing the film.

No idea if that's the case with the 400H though. I never cared for that stock - Portra and Ektar and Velvia were the only color stocks that I really loved.