Apple has announced the fastest, most cutting-edge iPad Pro it has ever produced, alongside a new, more capable keyboard. The latest iteration of Apple's flagship tablet also boasts a dual-camera setup and LIDAR scanner that expand the possibilities for creatives.

The new unit, available now at B&H Photo, with models starting at $799 and ranging up to $1,149, adds a 10-megapixel ultra-wide angle camera to work alongside its 12-megapixel wide-angle camera for capturing photos and 4K video. The ultra-wide camera zooms out two times to capture a much wider field of view. It also features five studio-quality microphones for capturing premium sound, and its four-speaker audio system automatically adjusts whether it is held in landscape or portrait orientation.

The addition of a LIDAR scanner opens up even more creative possibilities in augmented reality, as the iPad Pro can measure the distance to surrounding objects up to 5 meters away. The scanner works both indoors and outdoors and "operates at the photon level at nanosecond speeds." That all sounds pretty fancy, but what it basically means is that it drastically improves the Measure app, which now comes with Ruler View, allowing users to measure people, small objects, and more, and to save those measurements and screenshots for future use. In addition, developers will be able to take advantage of the latest update to ARKit's new Scene Geometry API to unleash their creative potential.

Apple also announced the upcoming release of its new Magic Keyboard, which brings trackpad support to iPad for the first time. Available for purchase in May at $299 for the 11-inch version and $349 for the 12.9-inch version, the Magic Keyboard sports a floating design, backlit keyboard, and "the best typing experience ever on iPad." The nifty-looking keyboard addresses one drawback that has always prevented iPad Pro from replacing laptops, as it aims to drastically improve the keyboard experience.

"As users move their finger across the trackpad, the pointer elegantly transforms to highlight user interface elements. Multi-Touch gestures on the trackpad make it fast and easy to navigate the entire system without users ever lifting their hand," Apple says.

Are you excited to try out Apple's latest flagship tablet? Drop a comment below and let us know what you think. 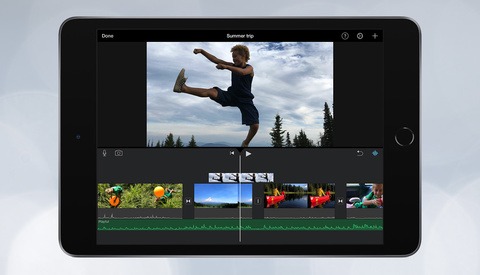 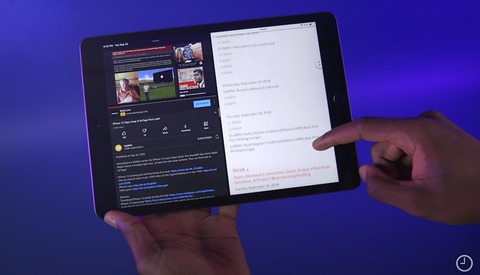 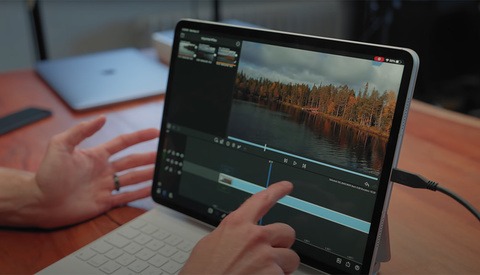 Price too high for a tablet with mobile OS.

I love my iPad Pro (and Apple Pencil). This combination can’t be beat in my opinion. Sure the OS and apps for it are still growing, but we have Photoshop now. Lightroom works very well on iPad. It fits in my camera bag and weighs less than a small lens. Works great for backing up photos and freeing up memory cards in the field. Battery life is excellent (especially if you turn it off between uses). Using the Apple Pencil to selectively edit photos is awesome. It’s worth every penny any then some to me.

I have the first iPad pro with pencil.
Cannot replace a PC cause it has a mobile os.
My next tablet will be a surface so I can use real software and not a mobile porting for dummies.

Desktop UX on a touchscreen tablet is really awful. One of the greatest things about the iPad is the UX is engineered specifically for the touchscreen tablet environment. The software is purpose built for a tablet computing experience. Vs porting desktop software to a tablet. Which is dumb.

The trouble with a Surface device is that regardless of specifications, it runs windows, which renders it horrendous to use. I’ve tried to use windows, tried hard to like it, but it really isn’t fit for purpose.

I was a software developer for over 20 years and I can't use Osx, I feel like Usain Bolt running with legs tied.

No OS is perfect, despite what some people will claim to the contrary. It’s your prerogative to use whichever platform you want, however, contrary to your experience as a software developer, I’ve only ever found Windows gets in the way of doing the things I need to as a photographer. I owned a surface, tried using it to edit but found it clunky with a poor UXP, so sold it.

This gets me really excited, until I start thinking of how I would function on iPadOS, and all the workarounds for external devices and file management. While I think most of us really want something that could truly replace a laptop, it seems apple’s intent is try to sell this to you as an accessory piece that you take when you travel or want to go edit your photos at the coffee shop. It’s frustrating, because it’s a product that is now very close to the capabilities of a macOS laptop in some respects, but instead of just giving us a macOS tablet, they seem stubborningly intent on keeping it on a separating operating system that uses a completely different workflow and forces developers to make different versions (that are often compromised). It’s time to merge the two systems Apple. You are trying to sell us a professional product, while using an operating system designed for teenie boppers who just want to message their friends and scroll social media.

External file management is finally well integrated into iOS. It’s fine now, and certainly far better than any of the Android powered tablets.

Yeah, but this probably isn't going to compete against an Android tablet. With the keyboard and stylus combo, in terms of function and form factor, it's basically competing against a Surface Pro...

There was an interesting write up piece recently (sadly I cannot find it now) about how Apple made it clear long time ago that their tablets will not replace functionality of laptops (or vice versa) and how they even made fun of Microsoft at the time for their early experiments. Fast forward to 2020 and Microsoft is probably the closest of all companies to offer tablet that works as a laptop (talking about Surface of course) and Apple is slowly admitting their approach was not as effective when sales of iPad hit all time low.
One of the fundamental concepts that MS understood early on was that if a mobile device is to truly substitute for full sized laptop one will eventually have a need for use of a full size keyboard for effective typing, mouse for accurate pointing and stylus for handwritten input. Surface has been offering those options for some time now. Apple only recently admitted they need to do something about full integration of input devices for their iPad in order to make it really versatile.

$300 for a keyboard? can this company just hurry up and go bust. Its not like anyone will be able to afford this overpriced crap once depression hits

You may wish to look at Apple’s sales under previous recessions. They won’t be going bust any time soon, though Apple may release more value priced products.

I don't think any previous recessions that happened during Apple's existence involved the complete (or near complete) shutdown of major industries on anything near the scale that we're currently seeing, though. I do think that companies like Apple who generally sell premium products are going to have to pivot a bit toward releasing some value-oriented products for a while when this is all over.

Here’s a great solution. Don’t buy it. But don’t think that it won’t sell because it will.

Ah, Apple finally admitted that Microsoft was right with the Surface Pro. Love to see how they justify 'more powerful', as that's a wonderfully nebulous term as it's pretty hard to compare CPU to CPU. That all said LIDAR is interesting.

Also they're likely to be on the back foot when Win 10X comes out. If it ever gets here on time with Neo and other hardware.

No but MacOS is a dead man walking at this point as far Apple is concerned, they want to lock everyone into iOS so they can control you. Pretty much all Apple's strategy is to move to their Arm CPU across their range since they starting designing and fabricating the A series..

Also Win 10X isn't Windows (it's Windows 'lite'), but it's still likely to be more functional than iOS.

Break through is what will happen the first time you drop it.

While the haters are posting, I have been editing my wedding photos on Lightroom and Affinity... I am also doing real quick 4K editing in Luma Fusion especially now it has Blend Modes. Am so happy with my 12.9” 1TB iPad Pro with iPadOS. I use my 2017 MBP 15 less often now and am looking forward to the A13X, miniLED version of the iPad Pro later this year.

Not saying that you can’t do meaningful work on it. Just saying it can’t replace a laptop, and I wish it could. Can’t afford to spend money on another device just because it’s portable (which by the way, so is a laptop). But even though you can clearly do some cool stuff on it, can you install plugins for PS? Can you install 3rd party presets for LR? Send something to Luminar? Install neat video noise reduction in Luma Fusion? It’s definitely just an accessory at this point, and I wish Apple would just get it over and done with and give us a macOS tablet.

Just curious. Do you think the 12.9 is a a must for a good editing experience or do you think you'd be just fine with the 11 inch screen?

Can’t really answer if the 11-inch gives you the same experience. But for video edits, I’m so blown away by the speed of my 4K renders. I’m using Luma Fusion for editing videos, btw.