Is Blackmagic's Pocket Cinema Camera 6K Pro Worth the Investment?

Blackmagic's pocket cinema cameras have been a revelation for videographers with a tight budget and high standards. But their latest iteration, the 6K Pro, while boasting some amazing features, falls well short of being the perfect budget cinema camera — according to this professional videographer, at least.

Caleb Pike, from DSLR Video Shooter, goes into detail about what he loves and hates about Blackmagic Design's Pocket Cinema Camera 6K Pro by talking about real-world scenarios and by comparing it to some of its more expensive competitors. While the camera's features are like nothing else at this price-point — not least of all, the incredible selection of resolution options, including 6K in raw format at up to 60fps — there's one major drawback that negates all the positives for Pike: the ergonomics.

Be sure to watch Pike's video to the end because he does go through some possible adjustments you can make to the 6K Pro in order to make it more usable. While it's still a great option for the videographer on a budget, it's just a pity that Blackmagic didn't address this before releasing the camera in February 2021. Hopefully, they have something in the pipeline — like a custom rig — that will make the camera more attractive to even those who have bigger budgets.

Do you own a Blackmagic 6K Pro? We'd love to hear about your experiences with it in the comments. 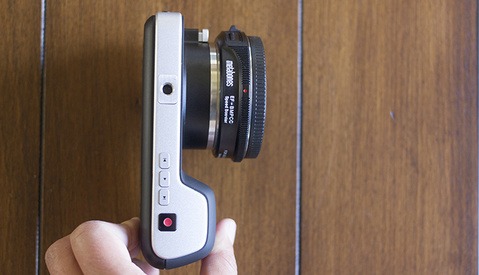