The Arri Alexa is expensive. Very expensive. But what if I told you it was possible to get one for $6,000?

The Arri Alexa is known as one of the best cameras money can buy. Normally, it costs upwards of $50,000-70,000, but one YouTuber, Potato Jet, found a loophole. By buying used, he was able to purchase the Arri Alexa Classic, which shot such films as Whiplash and The Avengers as well as TV shows like Mad Men and The Killing for almost exactly $,6000.

This does come with some caveats, however, like the fact that it comes without a warranty, so if something breaks, it breaks for good. But the Alexa is built like a tank, and you don't often hear about them breaking down; heck, there are cases where they've been caught in a fire and kept on ticking.

The camera is rather old, being released back in 2010, but a great camera is always great, and the Arri Alexa is one of the greatest. Would you consider buying one of these for $6,000? Or would you rather get something smaller and lighter, but not quite as professional looking? I, for one, would rather something smaller and lighter, but I'm curious what you may think. 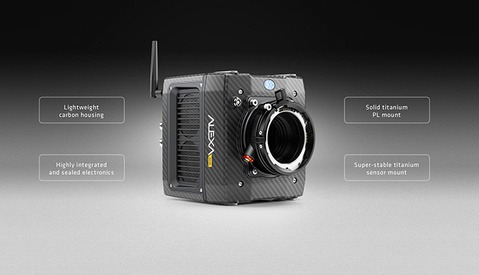 I would always choose image quality over portability and the Alexa is a hell of a beast. Please take a closer look at Alexa footage (also older ones from 2010) and you will see a huge difference compared to other cameras (yes, also compared to RED).

Makes sense to buy one for the youtube views. Not much sense for anybody else, though.

How is buying something used “finding a loophole”?

In other news: Buy a Nikon flagship camera for $75 using a similar loophole. Catch is it is a Nikon D2x. Batteries sold separately. And while you are at it, remember that Capture One can do 10 things with D2x files that Lightroom can't.

Buying used is often a great idea. Spending excessively on gear is the downfall of many small businesses.
The fact is that this camera will create great work today just as it did in 2010.

I picked one up beginning of 2019 (For wayyyyy less than he paid for) when I sold my “new” RED camera because I was tired of them basically cornering (and lying) to customers to upgrade the camera every year with different weird size sensors and resolutions just to stay in the ecosystem. Hands down the best IQ out of any cinema camera I’ve used and not a single hiccup or problem on jobs. Even if you’re paying top dollar from Arri with the warranty, the camera is worth every penny and still very competitive in 2019/20.

Hey Dan. Curious how much you got yours for. Was it an Alexa plus or classic EV? Would love to hear some of your experiences with it. Also do you have any footage you can share?

I use my A7 iii for my occasional Youtube stuff, and I just replaced my Alexa LF with the Mini LF (using Arri's trade-in program.) All my commercials etc. have been shot on the Alexa for the last 18 months or so - replaced all my RED gear and haven't looked back. While some here seem to have disdain for "YouTubers," Potato Jet is actually a pretty good filmmaker; his YouTube stuff is secondary. And no, that video is NOT "clickbait." It actually contains some pretty good explanations on why the Alexa(s) are so popular.