Canon Plans to Undercut the Competition's Prices With the EOS R3

Canon recently confirmed the upcoming EOS R3 mirrorless camera with some jaw-dropping specs, leaving many to wonder just where it will sit in terms of price. It looks like in addition to its aggressive features, Canon will also place it at an aggressive price that undercuts the competition.

You might recall that while Canon has not released a ton of specs for the upcoming EOS R3 mirrorless camera, those they have confirmed have been highly impressive, including an integrated grip (normally reserved for the 1 Series), flagship-level dust- and weather-resistance, a newly developed stacked CMOS sensor with a back-illuminated design for faster readout, eye-controlled autofocus, and 30 fps burst speeds.

One thing we could only speculate about was price, but now, it looks like Canon is aiming to be quite competitive. Canon Rumors is reporting that the EOS R3 will be priced at $5,999 at launch, $500 below both the 1D X Mark III and more importantly, the Sony a1. When you factor in that the Sony a1 does not come with a grip, the EOS R3 becomes even more competitive. In between the a1, EOS R3, and Nikon Z 9, the upper echelon of full frame cameras is certainly heating up. Hopefully, we'll find out more soon! 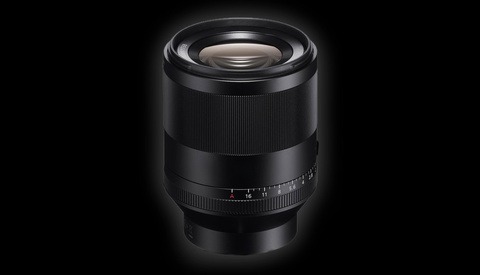 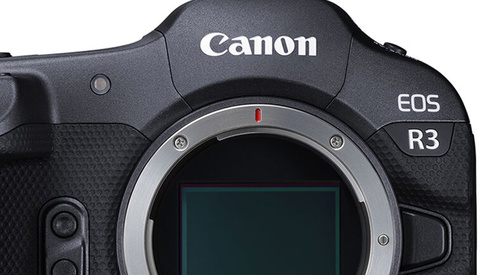 Gear / December 5, 2021
You Might Have to Wait a Long Time to Get Your Canon EOS R3 and Lenses
Premium Photography Tutorials

The Hero Shot How To Light And Composite Product Photography
With Brian Rodgers Jr.
$299.99
Log in or register to post comments
21 Comments

I did not know there was a Z9? Is there yet any camera in the class of the A1? I dont think so. And when the A9 was released, was there any in that class? Is there a camera that can compete with price tag and similar specs as the A7? Not from Canon for sure.

Canon will release a groundbreaking camera lower priced then Sony? Let’s see when the camera is in the shelf of my local store. I don’t think so :)

The only thing that I don’t like about Canon is that it’s to expensive for me to get one and fine out if I really like it :)

I sure hope Nikon gets its corporate Heads out of the sand with the coming Z9? From what I notice in Nikon past PR world, from my perspective, has been lackluster. No crystal balls here, but what can Nikon do? I think just good PR and that's it. Bur I hope I am wrong. Corporate denial of who Nikon say it is, could be said who Nikon was. So, thinking $8,900 for body only.

I stand with Nikon! Sure hope they will make many good cameras in the years a head!

The Sony A1 and Canon R5 are very much peers.
Sony is a bit faster with a couple of select lenses but slows to slower than the R5 with the rest. Canon's AF is vastly superior to the Sony A1 AF that looks good on paper but has a high miss rate compared to the R5.

The A1 is very much in a different class than the R5. The stacked sensor enables fast readout, which provides a superior level of AF without autofocus defects. Of course, if you are not a sports/wildlife/action photographer, these advantages are likely irrelevant to your shooting. However, if you can use these features, the A1 is in another class. The fact is that the A1 in terms of performance is closer (probably superior) to the 1D X series of camera. Where the A1 falls short of those action cameras is the tank-like build and, perhaps, weather proofing. But do not be fooled by the appearance. The A1 is a performance camera par excellence. The R5 falls just a bit short. And I'm saying this as an R5 owner.

When Canon releases the R3 and Nikon the Z9, then each Co. will each have a high- performance camera. I can't wait to see how they all compare.

I think A1 is a more advanced camera. About AF I wounded if Canon cameras does better with focusing on people with the strong sun in there back, And on low f-stops, like 11. In continuous mode Sony sucks with these situations. Suppriced nobody tested.

R5 has rolling shutter issues which negate its fast fps, and most of its competition with the A9 II. Yes, it's an A9 II competitor at best. If the A7R IV had better AF, that would have been its competitor. The R5 was never in the same category as the A1, as the A1's fast sensor opens up a level of improvements that the R5's standard sensor can't reach. Who knows if the R3 will even compete with the A1, being Canon's very first stacked sensor. Sony's first was 6 years ago (RX100 IV), and they're on their 2nd generation with the RX100 VII and A1.

PS A1 has rolling shutter issues.
And slows way down below 20 fps except for one ortwo select lenses.
30fps is pure marketing hyperbole.

a1 has rolling shutter issues?? Evidence of this??

If you can show me evidence of rolling shutter, I'll eat my shoe.

Not a Sony fanboy, FYI, I don't even use them. But I give credit where it's due, and Sony is owed here.

The A1 is barely any better than the R5 on paper. Hard to say how they compare in 2 years of firmware battles though

I have to admit I did not look deep into these cameras. Still the writer does present A1 in class with Z9 and R3, cameras not yet made. And I did think something you would get for that extra cash you have to put on the table to get one?

Turn to the other side of the paper. You missed some stuff...

All this competition only helps us: the photography community. Whether you're a gear head or not, you've got to love all these options. I'm almost dumbfounded by Canon reasserting itself. It's as if they've awakened from a long nap.

A9 and A1 is just a next generation A7, with a ridiculous price tag.

Clearly you've never actually USED an A9 to shoot sports. I had a 7III and it had no chance of keeping up shooting sports or concerts.

Sadly, and I love everything about it, the R6 can't keep up either. It doesn't track anywhere near the A9, and the keeper rate is half. I'm happy I haven't sold the A9 yet, as much as I dislike many aspects of physically using it.

Yes, that's why Canon had to copy Sony's stacked sensor idea in order to compete with them. Including in price.

Makes sense since their RF glass is THE MOST EXPENSIVE full-frame glass you can buy right now, and often doesn't have much of an optical advantage over their peers from Nikon or Sony. They'll undercut the camera and make a fortune on glass; inkjet printers and ink anyone?

RF glass is ridiculously expensive, without many third party alternatives

It’s a “shut up and take my money” price for this kind of camera, unless Canon prepared some nasty surprise, like a 20Mpx sensor and not 45.