In addition to announcing the brand new Rebel SL1, Canon also upgraded the the popular T4i with the all new Rebel T5i. To be honest, I can't see all that much different between the T4i and T5i. Same processor, same megapixel count, same ISO range, and same frames per second performance. Hm.

If you took the specs that Canon is touting for the T5i compared to the T4i, they're virtually identical. Actually, they are identical with one exception: expanded HD video capture:

"The EOS Rebel T5i offers easy-to-use professional video capture. When users switch to EOS Full HD Movie mode, the EOS Rebel T5i offers the ability to shoot in 1080p Full HD video in a number of recording sizes and frame rates. With Canon's Hybrid CMOS AF System and Movie Servo AF, the camera provides continuous AF for focus tracking of moving subjects by helping to reduce the camera's need to "hunt", resulting in a quick and smooth continuous AF. While shooting with one of Canon's Stepping Motor (STM) lenses, such as the new EF-S 18-55mm f/3.5-5.6 IS STM lens, the camera will only capture the stereo sound of the scene being recorded. For added flexibility, the EOS Rebel T5i also features a built-in stereo microphone with manual audio level adjustment to enhance sound quality."

Besides that, Canon is offering a line of new STM lenses, but that is not something directly related to the T5i. I'm a little concerned they're talking about lenses in the announcement of the camera body:

"Canon is expanding the lineup of STM lenses by adding one new lens, which now gives users three choices that will allow for the capture of stunning images and video with the EOS Rebel T5i - the EF-S 18-135mm f/3.5-5.6 IS STM, the EF 40mm f/2.8 STM and the new EF-S 18-55mm f/3.5-5.6 IS STM lens. The EF-S 18-55mm f/3.5-5.6 IS STM lens offers high magnification in a compact and lightweight EF-S standard zoom lens with an optical image stabilizer for up to four equivalent stops for shake correction. When paired with the Hybrid CMOS AF, it allows for smooth and quiet, continuous AF for photo and video capturing - making it the perfect combination for preserving those once in a lifetime moments." 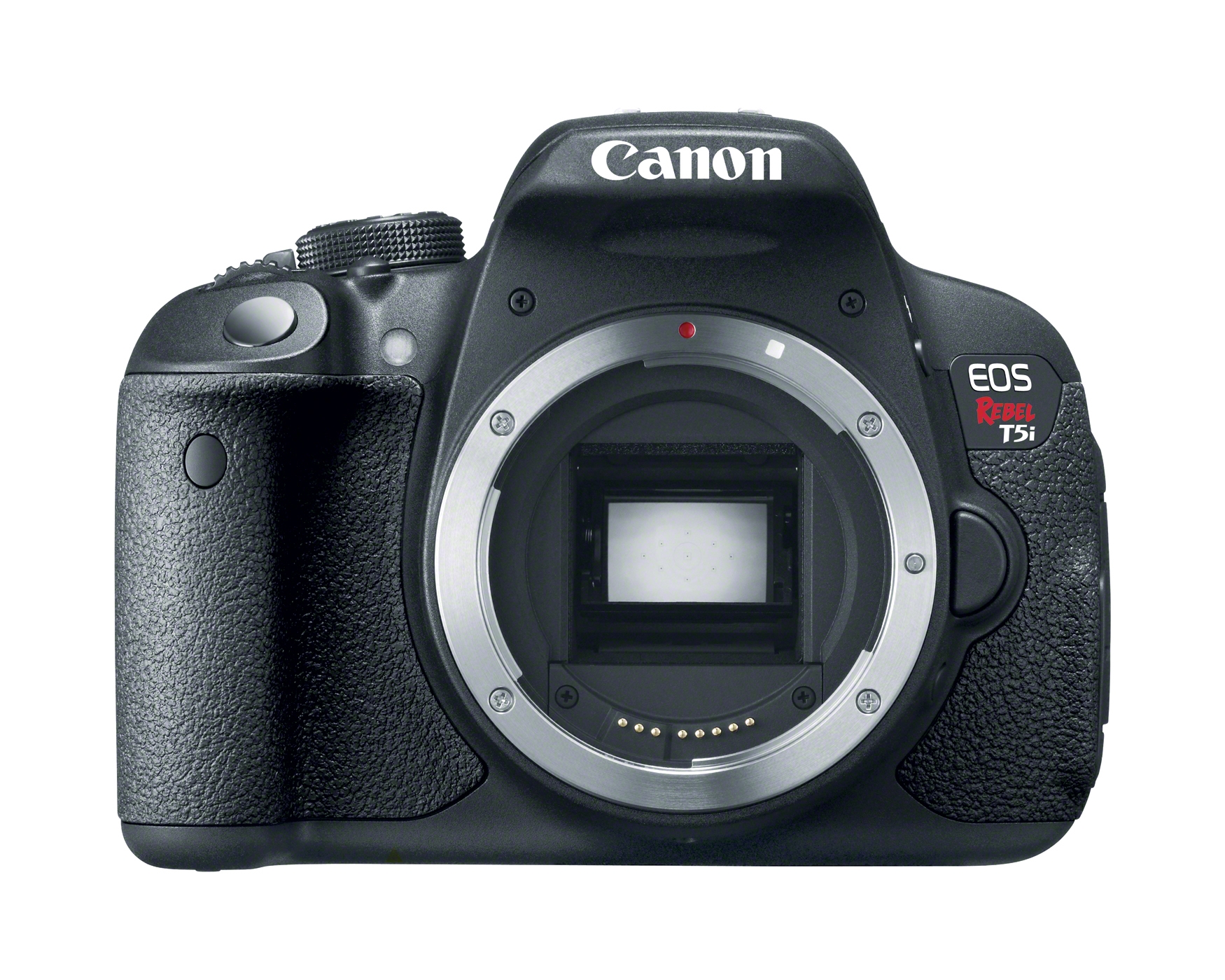 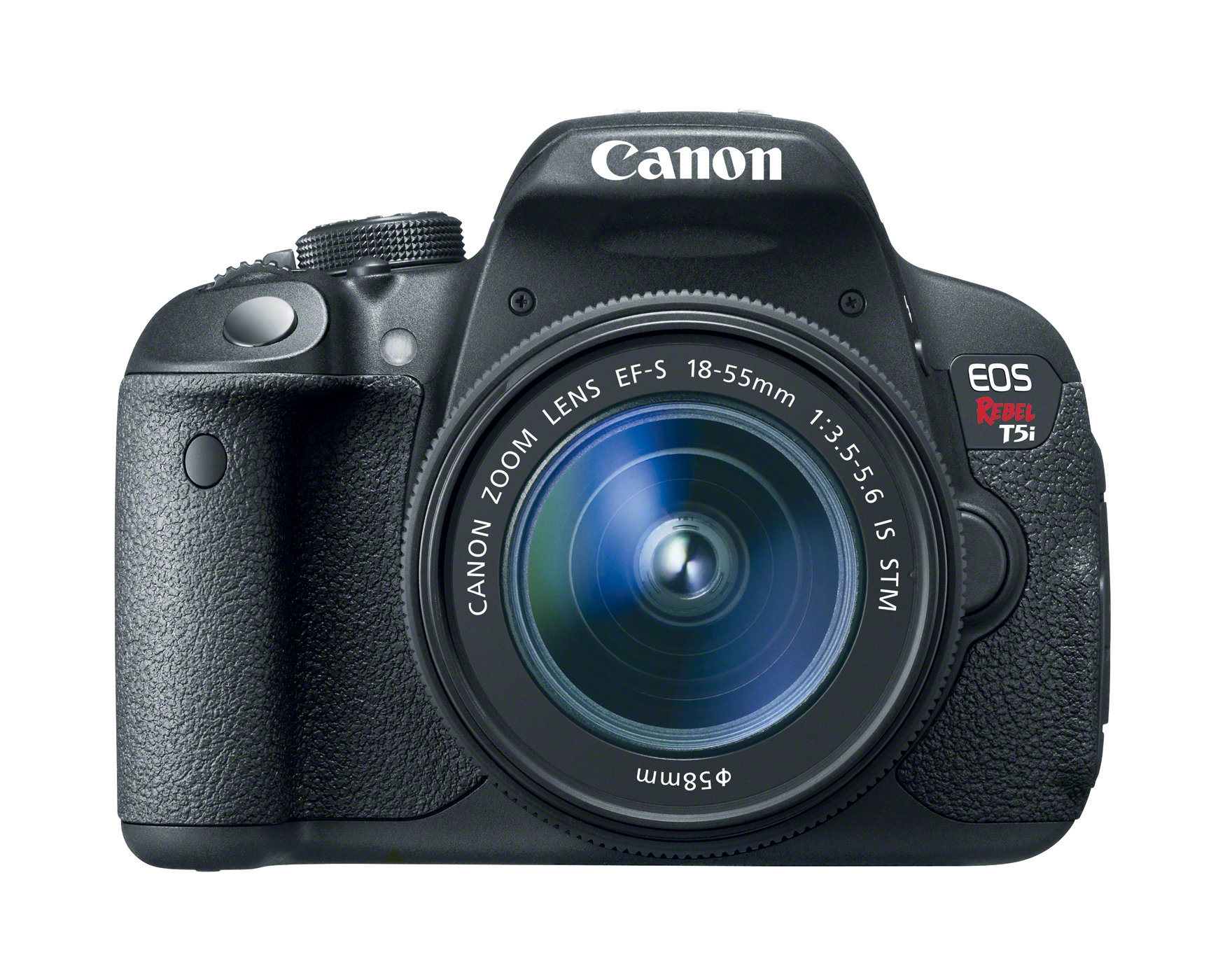 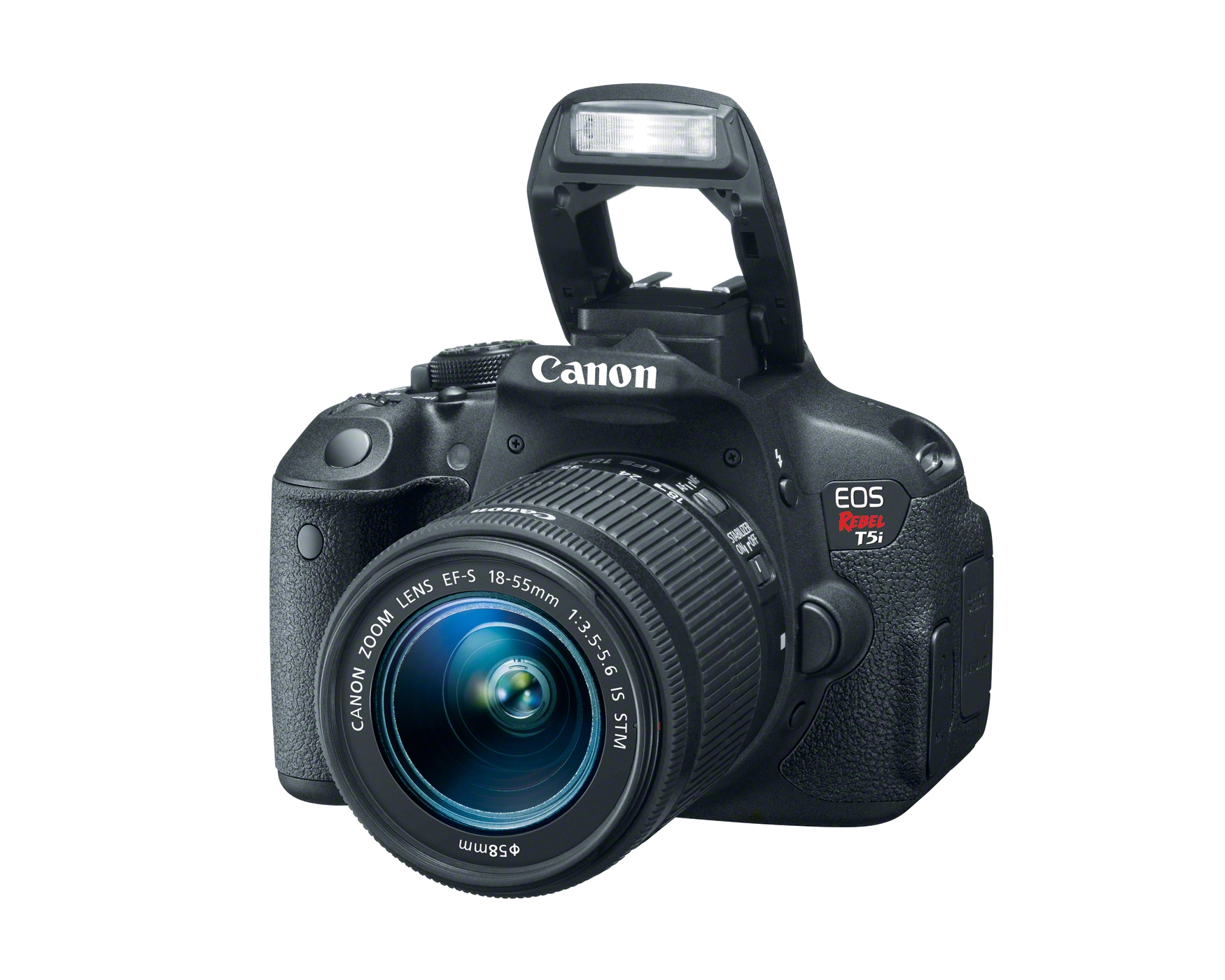 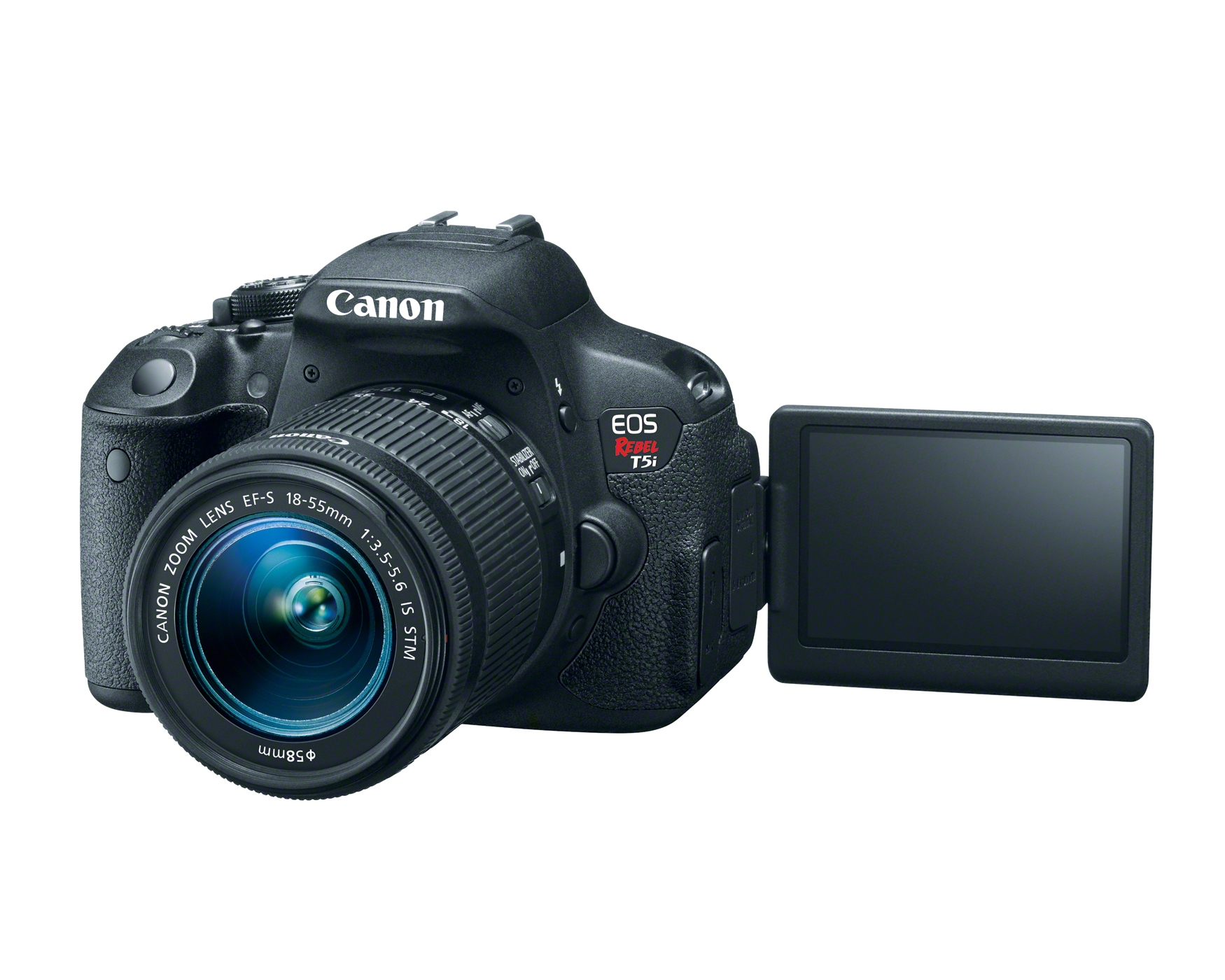 What are your thoughts? Would you rather have the T5i or the newly announced SL1? Let us know in the comments below. 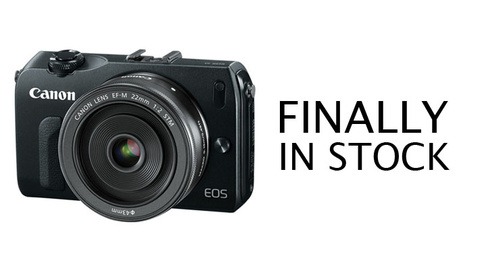 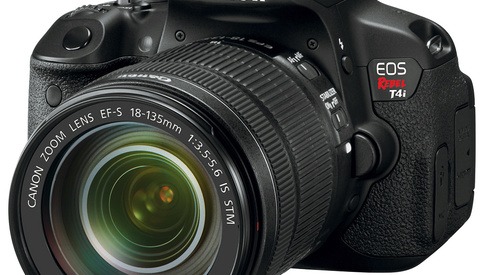 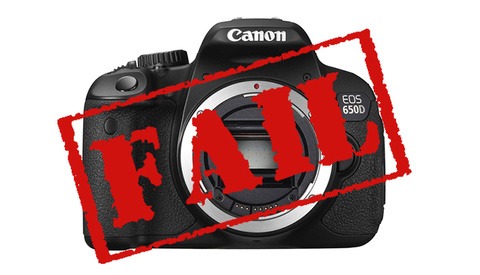 neither, I just ordered the 5DmkIII ;)

Really, Canon, REALLY. Its like you're not even trying, you might as well just have come out with a software update

This is incredibly lame on Canons part

A company producing photographic equipment such as cameras are only interested in the monetary aspect, Canon and Nikon are two of the companies that produce more cameras, just added some improvements of one model to another, resulting in a certain sector of the false cosumidores idea that the new model is better than the other and therefore take better pictures, are mercenaries of the photographic industry.

Couldn't they just make this a firmware upgrade or did they hire some folks over from Microsoft for business strategies.

Hmm. Until they are making L quality glass with STM compatibility (that actually works well this time) I'm not interested. I still think the best deal out there is a 60D and Magic Lantern.

Canon, stop releasing new Rebels cause you are beginning to feel like the Call of Duty series.

I've had the t2i ever since it came out on the market and it is still an amazing camera. Every photo on AWMassMedia.com came from it. Seems like it has the same specs as the t5i... except for the processor.

If you buy a new car this year, next year, they will come up with a newer version with slight changes. You wouldn't go to the dealer pissed off and say you want to trade. So why are people doing this for cameras, I have no clue. Why go from T4i to T5i? That's just not a good upgrade. Also, not because you buy one brand, next year, the competitor brand makes a better camera, that you would switch. So again, why are people still talking about switching every year, I have no clue.

There is one good thing that will come out of this. It will
make the T4i and T3i just that much more affordable!

Classic portfolio move. They want to make their 2nd-tier entry camera more competitively priced, but do not want to dump the price as that is a permanent thing and that slot in the portfolio can never go up in price again.

So they put out T5i - with the sole purpose of making T4i more competitive. I would not be surprised if they even kept manufacturing T4i's to keep stock.
The result: the consumers will be buying discounted T4i's instead of T3i's (and even though small, the difference is there). The rather high list price of T5i further enhance this, as the discounted T4i's will appear to be a good bargain.

Another reason is the 18-55mm STM lens. Compared to making a badge-swapping T5i kit, the marketing value of putting out a "new" kit with a 1+ yo body is just not there. They need the T5i body to upgrade their 2nd-tier entry kit.
Plus they botched up the T4i launch (at least in EU) by putting it with the 18-135mm STM lens in a kit and making that the main promotion. Although that lens is nice, it made the kit price too high. And the people caring enough about lens quality have no problem buying a lens separately.

Canon need a breakthrough in FF. People are already buying used 5D2's because the 5D3 is just a minor upgrade. This means that the gap between latest and older FF cameras is not big enough for the features to ripple down. The result is that Canon has nothing to put into the entry-range. They already stuffed the touch screen in. Video is "free" as most of it is software and many photogs don't care the least bit.
Even the whole STM lens thing reeks of desperation. Finding a new tech-label to stick on lenses in low-end, which only improves video capture, and is still inferior to USM focus motors. They get some press when they launch them, but in a year or two they will have stuck the STM label on all their non-L lenses and it will deflate in value - especially when people realize that they are still the kind of lenses that you replace when you start caring about your photography on a hobby level.