Canon Versus Leica for 28mm Lenses: An Unfair but Interesting Comparison

There is often talk about the Leica look, both with their cameras and their lenses. In this video, we look at the difference between two 28mm lenses on similar resolution sensors.

When I first saw this comparison, I wondered what the point was. While the Leica Q2 and Canon R5 have a number of similarities on their spec sheets, most notably 47- and 45-megapixel sensors respectively, the Leica's built-in lens isn't really comparable to the Canon lens. Not only is the Leica lens fixed, but it's also far newer and many times the price of the Canon EF 28mm f/1.8 (which was designed for film bodies might I add), as well as f/0.1 faster. So, what on earth would be the use in comparing these two lenses?

Well, after I asked myself that and clicked the video anyway, I had a realization while watching. Comparisons are at their most useful when you pitch two like-for-like pieces of gear against each other to decide which you ought to buy or which is best. However, comparing lenses of similar focal lengths but entirely different prices, ages, and systems, is interesting, at least to a camera dork like myself. The cameras being used are as much in question here as the lenses here, but the difference is remarkable. The Leica combination has undoubtedly more dynamic range on the face of it, with the Canon coming across as more contrasty. However, the sharpness wide open on the Leica is frankly ridiculous; it's so sharp, in fact, I might be tempted to throw on a Pro Mist filter or to take the edge off in a post — what a modern problem! The Canon is not without its merits though, having an airy, filmic aesthetic at times.

What did you make of this comparison. Has it convinced you of Leica's price? Is the Canon EF 28mm f/1.8 USM a real gem at such a low price point? (You can find a used copy for around $200.) Share your thoughts in the comment section below. 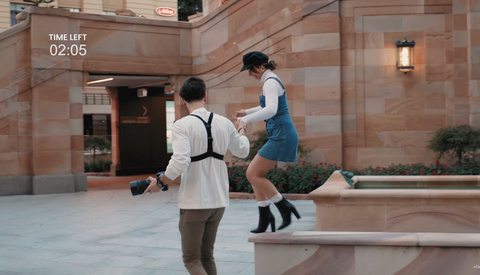 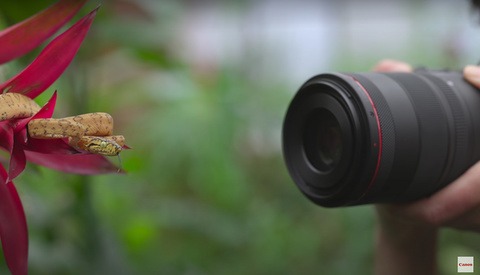 Fashion and Editorial Portrait Photography Lighting, Retouching, and Shooting for Magazines
With Clay Cook
$299.99
Log in or register to post comments
8 Comments

That was quite a difference. The "micro contrast" is for sure not found in the Canon lens, but we just call that look cinematic or film like :^)
That's why we used Softars on Hasselblads, especially when shooting women, clinically sharp is not always good for people photos, unless you are a 2nd year photo student doing a project on skid row residents, then you want that snap, crackle and pop!

Basically these two systems are not really comparable because the JPG-engine of the manufacturer is quite different but it is fun to watch. Would be interesting to post process the images and apply the CLUT of the Leica image to that of the Canon or at least use the same white balance.
Robert, I agree with all you wrote but one thing: dynamic range. I cannot really see any difference. The images resolve very similar in the darker parts.

Looks like he was comparing raw files, though. Not jpg.

Yes. He also said, the files are completely unedited but a lens correction on the canon lens. I'm just being curious.

Not sure if he's aware, but, in-camera lens correction wouldn't matter on raw files.

I owned the Canon lens, used on a 60D and on a 6D, and it's indeed a great lens. The downside always was the softness shot open when focusing close objects. One needs to embrace it as feature, which at that time of my development was impossible. I used it mainly for landscape then.

The Leica Q/Q2s Summilux really is very sharp, and combined with IS it's a no brainer for shooting indoors, landscape, even waterfalls (of course not in bright sunlight for longer exposures without tripod and nd filters). Wouldn't use it for portraiture though. The Leica Q2 is even great for travelling, having used it on my latest trip to Venice solely, leaving my Canon gear at home for travelling light.

And no one noticed much bigger distortion of model's head on the last set of photos?
I though the video will be about different quality (read - distortion) of leica vs canon..

For me - this is much bigger difference..

That was a little weird, for 2 "28mm" lenses they had different angle of view.
The the photog move the camera so they would match more closely?