Matt Allard from Newsshooter.com has been hopping around Inter BEE 2015, an NAB-like exhibition that takes place in Japan, reporting on new video gear from established, as well as developing companies. In this particular video, he gets to try out a different type of lens adapter– one that is built specifically to let light leak in from the sides and flare the image as it's recorded in-camera.

As some commenters have pointed out on other sites, the light appears to look as though it has been layered on top of the image, rather than blending in with it. What do you think? I'm a fan of lens flare (depending on the content of the shot of course) in my still photography, and I also use them in post in my video work. These light flares definitely have a different feel to them, and I think they don't blend quite as well as when you do them in post, utilizing a blending mode for example. But the video above shows just one example– it's not a complete test by any means.

It's been suggested that "lens-whacking" is a comparable effect, but in the case of this lens adapter, there is no focus shifting and blur happening. That could be good or bad depending on the effect you're going for.

As of the time of this article being written, the product wasn't listed on the Technical Farm website, so no word on availability or cost. But what do you think? Is this garbage, a fun "trick" piece of gear, or something you would throw in your kit for the right shoot? 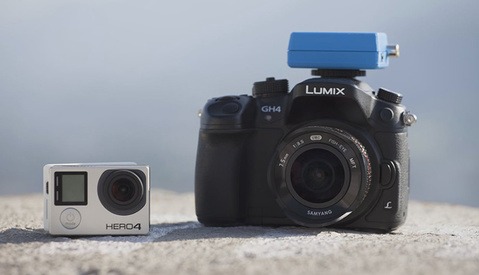 Gear / September 14, 2015
SteadXP Aims to Stabilize All of Your Shaky DSLR and GoPro Video Footage 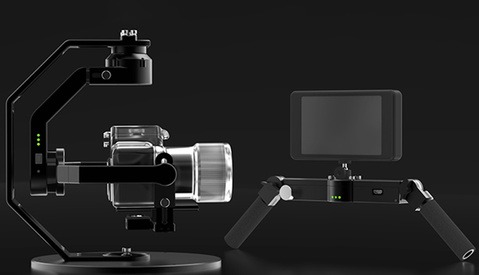 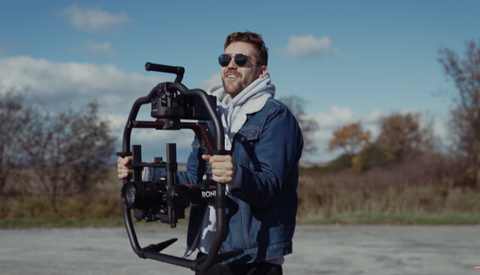 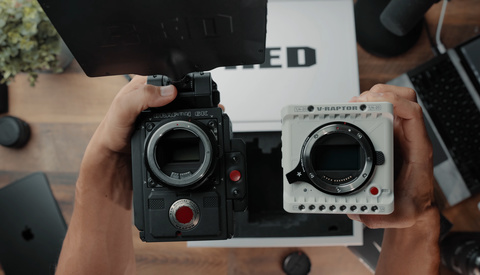 To be fair to Mike Wilkinson, the guy in the video also calls it opaque.

ohh man.... derrrrrp. Thanks for pointing that out Stephen! I'll try to get that fixed ASAP!!

I think part of the reason I don't like it is the flares here don't make any sense. As in, where is it supposed to be coming from? At least in a field with orange sunlight flares "fit" visually.

SNL used similar effect for their intro video in 2014. They hand held the lens in front of the lens mount and moved it around a little. If they add vertical and horizontal shifts to this adapter Ill buy it. Obviously an led light on a girl in a convention hall is going to look meh but take this out side at night it could create some stunning visuals.

That's fair. And to combine our two points, outside at night in a city would have a lot of specular light sources, so flare would also make sense there too. The SNL folks also showed a lot of restraint in the effect too.

I bet J.J. Abrams has this on pre-order.

Where do you get one?

The main benefit I see of this is to create your own flare "overlays" for post processing. Shoot a black card and then do all of the flares you want to match up with your existing footage. I would be interested in seeing what the video/images look like without the flares as from everything I can see there is a extreme loss of contrast in the videos above.

This is a easy money maker if you know what your doing! I can't tell you how much my company has invested into 4K light flares to add to our videos, Shoot with this in a black room in 4K and sell the footage as a "Light Flare Effect" change opacity to Screen bam your making effects you shot and own, or turn around and sell them for $100-$200 a pack of 10 or 20... you can make lots of bank

If it were cheap enough I could see having some fun with that. If it were expensive I think I would just drill a few holes in a $10 adapter from ebay for the same effect.

I'm sure this would be fun to have shooting in the club. I do a lot of club shooting, and often I'm looking for lights to flare in the shot to give that bright burst of color in an otherwise dimly lit environment. Though I'm sure it'll mess up a lot of other shots too, but it'd be fun to try out anyhow.

Well it seems from the "demo" that all they were doing was shining those led lights (or a flashlight) into and around the adaptor, there was no natural light flare shown. The extensive lack of contrast and the way the flare was implemented wasn't doing it for me. It definitely doesn't look like lens flare coming in from the front of the lens. I get that that's not the point.. It's an option you'd have to work with go get the most out of it. But I'd love to see what it looks like in a daylight situation to get natural sun flare coming in from on top or the sides. I'm also curious how an adaptor with facets would look vs just a smooth adaptor. Also, adding an option of something that you could swivel around adaptor to only let in a selected area of light would be helpful vs having to wrap your fingers/hand around all the areas you don't want light let in. One hand holding a camera and trying to point an LED around the lens, looking for something cool seems like a lot of work and can give you a shaky camera if it's not on a tripod. It's a totally interesting idea, and I might be interested in it, but I definitely need to see more demos before I'd buy one.

Is it strange that I want one even though I can't think of how it would be useful to me at all?

I wouldn't call this a "lens flare"- That's achieved by using anamorphic lenses or a BlueStreak filter. This looks more like film fogging and ghosting.

Can´t help thinking, that the effect looks like somebody trying to make flares in post, - but failing spectacularly. That said, I am sure it can be used creatively, without looking like cr*p.

I wouldn't use this in a shoot the effects seem thrown on the image instead of natural.

I like it! it feels kinda immersive because the other lights in the setting have an affect on the image.