DPReview's Annual Drunk Best and Worst Cameras and Lenses of 2019

The hosts of DPReview, formerly of The Camera Store TV, have had an annual tradition of reviewing the best cameras and lenses each year over drinks, often times getting a little too merry in the process, and this year is no different.

Chris Niccolls and Jordan Drake have made the annual best and worst cameras and lenses for a few years now, even before joining DPReview. Now, after a few years under a different format, they have axed the supporting cast and are back to just Jordan and Chris in front of a fireplace praising some equipment and shaming others.

With winners and losers including everyone from Tamron, Panasonic, Canon, and even Olympus, it's a great reminder of some of the cameras and lenses that have come out this year. Some strong drinks and fun film trivia break up the video so it's not just monotonous gear talk, which makes this an extremely enjoyable video to watch.

Were there any specific lenses or cameras that you agreed with or disagreed with? For me, personally, I felt that the GFX 100 should have won over the Sony since I'm a giant Fuji fanboy and slightly biased. 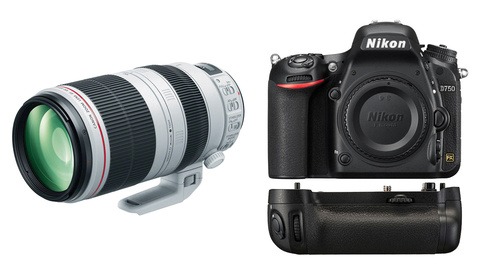 I don't put a lot of stock in best of, worst of. What is one person's junk is another one's jewel. For me as example, i am thoughly disappointed from the makers of the 680&690 in their GFX. Come on, the current smallest standard for MF is 6X4.5. Not the 70% bigger than FF at best. FF had to be 24x36mm. Before I ruffle too many feathers. Is my opinion only. Same as yours is to you.

That was the most fun I've had watching other people drink in 22 years. Great show. New fan here. :)

totally unrelated to the cameras and lenses...but Vision could also wield Mjolnir in addition to Cap =)

I own both the GFX100 and the a7rIV and I find the Fuji to have progressed an order of magnitude more than the Sony. The Sony is frankly a bit disappointing. A very competent camera but lacking any wow aspect in my book.