The Instax Wide Printer Is Here: Will It Be a Hit?

Fuji recently unveiled their Instax Wide photo printer, over 20 years after the format first made its appearance. So, why has it taken Fuji so long?

I love instant prints. Back in the day, they were a mark of instant gratification and sophistication, with the best photographers envisioning their creations through Polaroid. Helmut Newton has a whole book just about his Polaroids, while Greg Heisler talks extensively about their use during his shoots. Everybody who was anybody shot instant. And then, digital came along and spoiled the party. It's perhaps fair to say that nobody used Polaroids as the endpoint of their creative process; sure, they were part of the journey, but only in the same way that you might create a BTS sketch for your crew to follow. With time — and as evidenced by the above books — there has been some creative charm in looking back on these images. However, digital has very much usurped the functional role of the instant print. You genuinely can see what your shot will be like instantly. Mirrorless has taken this the ultimate step further by showing it to you before you take it. 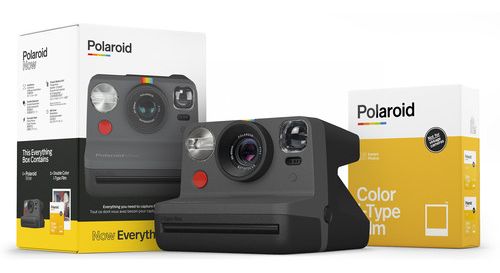 What is undeniable is the unrivaled success Fuji has seen with its Instax line. In 2019, they sold some 10 million cameras, more than all digital cameras from all manufacturers! And while cameras are relatively unimportant to Fuji financially — they make up just 15% of income — the majority of it (10%) comes from Instax. Digital is low income and likely close to loss-making. That's not to say the GFX100S and its ilk aren't great cameras; they are. But Fuji has hit upon a product that has modest margins and sells in large volumes, which is undoubtedly a great way to make money. Not only that, the only real competitor is Polaroid, which currently remains somewhat niche.

The secret to Fuji's success lies, at least in part, upon the development of the Instax product in the 1980s, which uses a simpler process than Polaroid. The film is exposed through the rear and with the dye layer order reversed, which means a reflex mirror is not needed in the camera for image reversal. Additionally, Fuji put the pressure plate and batteries in the cameras, allowing it to produce a small camera that is relatively cheap to manufacture, with prints that were more economical than Polaroid. One fly in the ointment was that the process was similar to Kodak's modifications to the Polaroid process (as used in the SX70). Kodak was successfully sued for patent infringement, which meant Fuji needed to come up with a solution. It did in the form of a technology exchange for its expertise in magnetic media (remember, it produced the first end-to-end digital camera in the form of the DS-1P). Most of these early products were only available in Japan, but it saw an opportunity in the market and released the Instax product line globally in 1998. 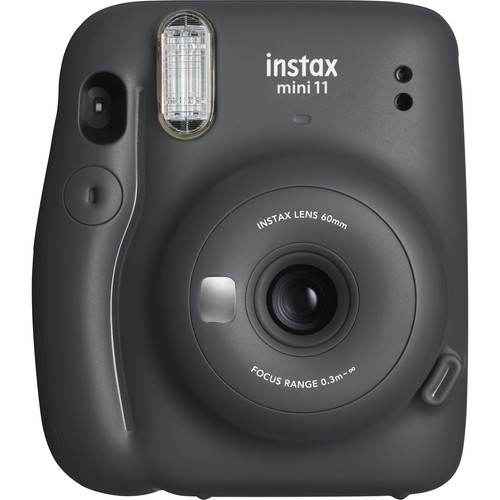 Interestingly it didn't go for the square format that Polaroid used, but ISO 7810 — now that just trips off the tongue! This is the international standard for identification cards or, perhaps as more commonly adopted, credit and debit cards. More importantly, wallets/purses are specifically designed for this size, meaning Fuji saw a marketing gap for the pocketable instant print. The film is 54 mm x 86 mm (2.1 in x 3.4 in); however, the image size is 46 mm x 62 mm (1.8 in x 2.4 in) which gives an aspect ratio of 4:3, similar to many cameras, including Micro Four Thirds (but not full frame or APS-C).

A year after the arrival of the Instax Mini 10 in 1998 came the Instax 100 and 500AF. These were notable as they introduced the first (and only) Instax autofocus camera along with the Instax Wide format. This had an 86 mm x 108 mm (3.4 in × 4.3 in) film size with 62 mm x 99 mm (2.4 in × 3.9 in) images at an aspect ratio of 1.60 (8:5). Intriguingly, there are no sensors at that aspect ratio, however, this is 16:10, which is one standard for tablets and laptops and very close to the 16:9 used for HDTV. It is very close to the Golden Ratio, perhaps a format that Fuji wanted to push as — when it was introduced — it was simply called Instax. This suggests it was "standard" Instax and the Mini was, well, a smaller version. "Wide" was only gradually introduced later on, with the Mini becoming the new normal. Either way, the Wide has never really gained traction.

It's remarkable to think that Instax Wide has been around since virtually the birth of the Instax world, however, it would be fair to say that it hasn't received much love over the years. In fact, in reality, there have only been three cameras: the 100 (1999), 200 (2000), and 300 (2014). Perhaps that doesn't matter given that these aren't exactly technological marvels and therefore don't age. There have been quite a few more Instax Mini cameras released over the years, which naturally brings us to Instax printers.

Perhaps counterintuitively, Fuji envisaged a portable printer from the beginning and brought this to market in 2004 in the form of the Instax Pivi, which used an identical Instax film size but inverted the colors, meaning it wasn't compatible. A true successor to the Pivi didn't appear until 2014 with the release of the SP-1, which now used standard Instax Mini film. This was followed in 2016 by the updated SP-2 and then the SP-3 in 2017, which used Instax Square film. In 2019, Fuji released the Instax Mini Link, which shifted from WiFi to Bluetooth connectivity, was smaller, and had features intended for a much younger market.

It's taken until 2021 for Fuji to release the Instax Link Wide, a wide format printer. Why this is the case remains to be seen given that the camera has remained available; however, Fuji has followed up the Instax Mini Link with the Instax Link Wide. B&H lists the SP-2 and SP-3 as discontinued even if Fuji still has them on their website. This makes sense given the shift to Bluetooth but rather orphans the relatively recent square format SP-3. It's possible a Link version is in the works.

So, is the Wide worth having? In a wonderfully analog way, it has absolutely nothing to do with technology but depends upon your opinion on aspect ratios. The Instax Mini is undoubtedly a wonderful format, with the credit card size a stroke of genius in a modern 2020s kind of way. Everybody loves having a print they can slip in their wallet, and the Mini obliges you. The Mini Link plays to this modern audience by making it easy to print, re-print, use filters, add overlays, make collages, connect multiple phones simultaneously, or even use the printer itself as a remote control for your smartphone all to get you to produce more shots. And the beauty of the aspect ratio? It matches most smartphones, so what you see is what you get. Of course, the Instax Square is designed to ape the classic Polaroid, which is what most people think with instant prints. That said, I can't say I've been particularly enamored with the square format; sure, some images look best cropped square, but I like space for my images to breath. For me, something that isn't square is preferable. Of course, there's the Instax Mini, but its greatest strength is also its weakness: its size. You can't get away from the fact that it is svelte, particularly as the image is considerably smaller than the film.

This naturally leads to the Instax Wide, which is twice as big as the Instax Mini. Open your wallet and pull out two credit cards, then put them side by side: that's the format. I believe Instax Wide has three significant advantages. Firstly, the size. You can get genuinely good instant prints from it. These are not and never have been intended to go in a wallet. They are for pinning to the fridge, hanging on the wall, or framing. Secondly, the aspect ratio is both different and alluring. If you haven't done so already, fire up Lightroom and re-crop some of your images at 16:10; you might just discover a new way of looking at them. Finally, you know that inkjet you have sitting in the corner of the room? How much time and money has it cost just to get one 6x4 printout? It's not cheap, easy, or convenient. The Instax just works, and at $1 a print for the Wide, it's not costly either.

The Instax Wide is a hit, and the question isn't should you get the Mini or the Wide, but rather why shouldn't you get both of them.

Business / May 18, 2021
What Does the Future Hold for the Camera Manufacturer?
Premium Photography Tutorials

Of all the Fuji bodies, the Instax Link Wide can at the moment only connect to the Fuji X-S10. I, like many other Fuji owners, would order this printer, the moment a firmware update that allows connecting to this printer is announced for my Fuji X-T30.

Fuji needs to update its camera firmware so we can print directly from more than just one camera. Also, it would be cool if Fuji added Instax-specific aspect ratio crop modes in its cameras.

Both good points! I had an old SP2 and M1 which worked great together but the move to Bluetooth has orphaned a lot of cameras sadly. Fuji is normally more proactive on the firmware front,but it is definitely lagging here

Just wanted to add that I get why the Wide printer is smartphone-centric, with all the new stuff you can add to the print, but at the same time, after the latest android update, I'm having trouble transferring photos from my Fuji camera to my phone, so it's a (hopefully temporary) bummer. Maybe Fuji should work on an app that does it all and that works all the time?