No, Sony Is Not Making the Sensor for the Canon EOS R3

After an article claimed that the sensor inside the forthcoming EOS R3 would in fact be made by Sony, Canon has issued a statement: Canon is making Canon’s sensors.

As reported by PetaPixel, speculation initially arose following a shift in wording on Canon UK’s website. Originally, the sensor was described as “designed and manufactured by Canon” but was later changed to “developed by Canon.” Enthusiasts often pore over Canon’s marketing and press releases for hints of what might be happening beneath the surface, and this subtle change led some to suggest that Canon might not be making its own sensors after all.

Further speculation led to one industry commentator to announce on his website that the sensor in the R3 would in fact be made by Sony. The article declared that Canon “has had to go to Sony” to gain its BSI sensor technology, suggesting that it might simply be more economical for Canon than developing such sensors by itself. “This means that essentially the images coming out of the Canon EOS R3 are Sony images,” the article added.

Perhaps keen to discourage potential damage to its reputation by quashing scurrilous misinformation, in a rare move, Canon issued a statement to PetaPixel: “The sensor in the upcoming EOS R3 camera is Canon designed and manufactured.” 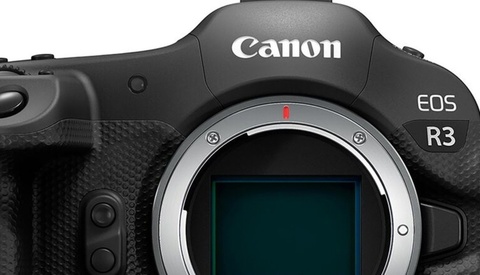 If the sensor being made by Sony (although not the case here) makes the images, Sony images, and not the camera manufacturer's images, by this logic digital Nikon images do not and have never existed. Just a reminder that the sensor is only part of the equation. The processor, and mostly the software logic that controls the ISO, color space, etc even the glass are the real workhorses behind the final image captured and processed. It's like saying that a Mac and a PC are the same if both use the same Intel processor.

Good analogy... its all a bit boring now seeing people saying 'but its a Sony sensor' whenever you see a good image taken with another brands camera.

Oh dear, oh dear, would it actually be the end of the world if Canon used a Sony sensor. . .lol

They already do, across the board in their fixed lens cameras (minus G1X III). Been that way for years.

Even if Sony Semiconductor was making the sensor, they are a distinct and separate group from Sony Imaging. Sony is a massive corporation. It's not like Daisuke in Sony Semiconductor is walking down the hall to have a chat with his buddy in Imaging.

It's amazing how anyone in the world with a computer and some money can make their own website nowadays.

This kind of reminds me of that report a few years back talking about how Samsung made all the screens for Apple's iPhones. It's weird when you source parts directly from your competitor.