I’ve been a longtime Panasonic Lumix shooter, and while even though it may seem like Micro Four Thirds may be a standard that’s in its twilight, there are still a lot of good deals to be had for filmmakers on a budget: Witness the Panasonic Lumix G85.

Filmmaker Nigel Barros sings the praises of the camera over his higher-end Lumix GH4. While you do lose just a bit of crop factor (2.2x versus 2x on a GH4) and there isn’t a headphone jack to monitor audio, the lower-end camera does add an incredibly useful feature: sensor-based image stabilization.

As someone coming from an unstabilized Panasonic GH3 that’s been my video mainstay the last few years, being able to film clips without needing a gimbal or tripod has been a revelation. I can travel much lighter than I could before, as Barros also points out. As a bonus, Olympus lenses, which are typically not stabilized because that company has always gone the in-body route, now gain stabilization with this camera. There are some stellar lenses on the Olympus side that make for bokehlicious video, like the M.Zuiko Digital ED 75mm f/1.8 Lens, still one of my all-time favorite lenses for any system.

There’s something to be said for the weather-sealing and build of the higher models as well, but as Barros says, the G85 is pretty well built with a similarly deep handgrip like the GH series cameras. I can personally attest to the weather sealing of the G85. My son blasted the camera with a hose the other day, and it still works perfectly fine.

But to Barros’ point about a starting filmmaker loving this camera, I’d add that even experienced filmmakers with older gear will love this camera. For me, I needed something that shot 4K video but only occasionally, as in all other respects, I was happy with the GH3, as I suspect many people using that generation of camera are. This camera gets me slightly better image quality, much better autofocus (I finally have eye detection in one of my Micro Four Thirds bodies) and shoots nice video to boot. I certainly hope that the controls also hold up a little better than the GH3 did, because Panasonic’s service is a nightmare.

What do you think of the Panasonic G85? Are there better cameras out there for budding filmmakers? Leave your thoughts in the comments below. 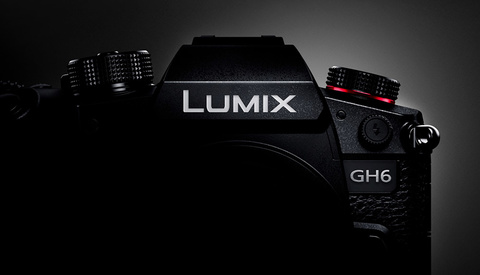 Bought one in 2019 as a lightweight alternative to my Nikon DSLRs, I shoot very little video, but that IBIS blew my mind for hand holding shots in low light.

I agree that it's a nice camera. I also think it's too early for you to be complementing its autofocus. Once you use it well...you'll realize it's unusable for most things. If it does autofocus at some point you'll then notice the background pulsing to an EDM beat. So it's best to use it with manual focus if you're doing video.
Another consideration is to save up a bit more and go for the G9 (maybe get it used). It's part of their flagship lineup and has received major firmware updates. The G85 on the other hand lacks any worthwhile firmware updates.

I mean that's all Panasonics because of the contrast-only system - no way around that. But coming from a GH3 this camera is worlds different (better). The G9 is great but there is a huge price difference there.

I'm honestly blown away by how these Lumix bodies hold their value on the used market. I was searching for a b-cam recently and G85 or even GH5s are worthy, but still a very hot item on ebay, for instance. It strikes me as odd given how maligned m43 and Lumix AF is, in general.

It depends on the body - Panasonic have had some real hits, like the GM1 and GM5 or the GH series that really hold their value well. But then there are others like most of the GF series other than the GF1 that drop like a rock. GM series cameras are still gems to this day. Like the person in the video, I got my G85 used with a kit lens for around $400, which is an absolute steal.