The Pros and Cons of the Canon R5 for Landscape Photography

The Canon R5 has received a great deal of coverage since its release. Of course, much of the initial content detailed specifications and initial impressions. The real test comes after you've used the camera for a while.

The overblown overheating issues with 8K video gave some people a poor impression of the Canon R5. I agree with others that the overheating concerns were a bit exaggerated in real-world use but still technically apply.

This video by Kemper Simpich from Summit Bid covers the photography aspect of the Canon R5, specifically landscape photography. Kemper covers some of the pros and cons of the R5 in an honest and matter-of-fact manner without pulling any punches.

I believe his views on the well-designed and super-rugged body are spot on. I've seen how much abuse a Canon 5D Mark IV can take, having witnessed one being dropped on concrete and surviving. The R5 has a similar construction, so I'm sure it's just as durable.

New to Canon users is in-body image stabilization. This has opened up an entirely new avenue of use for many Canon users. I'm really looking forward to giving mine some real-world tests. Kemper also covers the RF lenses, the R5 image quality, battery life, and pricing and compares the R5 to other cameras that he has used. Check out the video above for Kemper's honest opinion of the Canon R5. 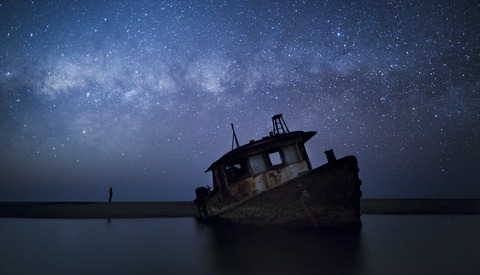 Astrophotography / August 27, 2020
The Canon R5: According to Adventure Photographer Paul Zizka, a Camera That Has It All

I need to get that camera

Canon needs an upgrade service. Upgrade from your current Canon product to receive discount towards a new one. I’d upgrade my R if I could get a discount on the R5.