Roger Deakins Tells Us How He Chooses Lenses

How do you go about choosing lenses for what you're going to shoot? In this video, Roger Deakins shares his methods. The rules aren't made up by filmmakers. It's about how you want your audience to experience the shot.

What I've Learned From the Video

He will modify lenses or add lenses to create specific effects like vignettes, rather than add them in post. He doesn't like lens flares, and I suppose it's because the lens flare lets the audience realize they're watching something, rather than being "in" or part of the film in a way.

He doesn't like the idea of shot coverage, where the scene gets covered from multiple angles. He gets the shot he wants. So, in order to do that, he needs to see it in his mind beforehand and have that shot framed in a storyboard.

He prefers primes, because they give him constraints to work within. They limit his options, which I believe opens up for creative thinking and approaches. This means that you don't need all the lenses. Get to know one to three lenses really well, and build on that.

He doesn't like focus breathing, which is more relevant to capturing motion. As mentioned before, when a lens makes the footage "swim" on the edges when focus is being pulled or pushed, it's distracting. When the lens doesn't breathe, it's almost unnoticeable, yet very effective in the telling of the story. 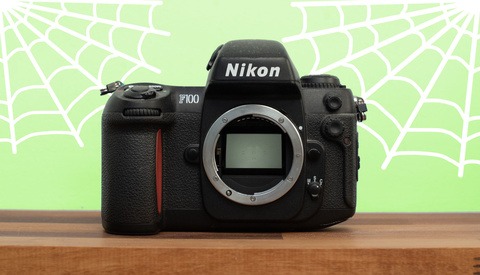 Film Photography / December 2, 2020
This Is the Main Reason I Don't Use My Film Camera

Very enjoyable video. I'm guessing after watching this that Deakins is not a big fan of JJ Abrams.

Am I the only one that likes focus breathing? :)

I guess it's all part of your style. If you like it, cool, but I for one try not to draw the viewer's attention away from the frame and story within.

To me, if anything, focus breathing directs the focus to the new subject.

I get your approach and reasoning.