When Sony released the full-frame mirrorless a7R III in 2017, it was to generally positive reviews. Three years later, a newer version has been released, but the question is if this camera still holds up?

Spoiler, yes, the Sony a7R III surely holds its ground in 2020. It is important to remember that a good camera does not get worse over time. On the contrary, it takes the exact same photos, as it has always done, but with new firmware updates and newer and better lenses, you can get better results down the road from when you bought it. This is also the case for the Sony a7R III.

In my latest video, I share my thoughts and experiences with the Sony a7R III, the good, the bad, and the ugly. It is important to emphasize this is my second a7R III body, as I did push the first a bit too far on a very wet and moist night on a seascape location in Iceland. The screen of the camera died and was deemed a total loss by my insurance company. It was probably due to a bit of saltwater. I do have a few other beefs with the camera, but besides that little hiccup, the camera really stands its ground.

The 42.2 MP sensor produces outstanding and sharp photos as long as you use an acceptably sharp lens. And speaking of lenses, there are a lot to choose from. Back in 2017, Sony had yet to release many of its best lenses, and third party companies had only just started to release lenses for the Sony E system. In 2020, there seem to be lenses for almost every job you throw at the a7R III.

Check out the video above for even more thoughts and experiences, and let me hear your thoughts on this camera down in the comments.

Gear / December 9, 2020
Why I Never Switched Over To Sony and How It Turned Out To Be a Good Decision for Me

I do have some annoyances with the a7R III but the image quality speaks for itself. From what I'm seeing the a7R IV is actually not as good as the a7R III in low light. I honestly expected that with higher resolution but I was surprised by how far off it was. Both Jared and Dustin pointed that out. The a7 III is better in low light than both, however when you crop the a7R III down to 24mp the difference is almost indistinguishable. It's extremely close for stills. Maybe it's better for video?

The price right now is only $800 more than the a7 III. If you plan to do any landscape, go with the a7R III. Besides resolution, I'm still trying to find a reason the a7R IV even exists. They did change the focal point color. Which is an update I really want on the a7R III. Sony is playing the Apple card with that one.

I think Sony already has the users is was going to get from Canon and Nikon. Most are not going to switch back considering the price and lack of lenses. I am interested to see what the next Sony non video focused camera with be. 45-50mp would be good with more A9 features. And maybe, just maybe, a more ergonomic camera, not just a slightly bigger grip.

Considering it took me a half year to save up for a used a7 with its standard kit lens last year... I'd say yes. 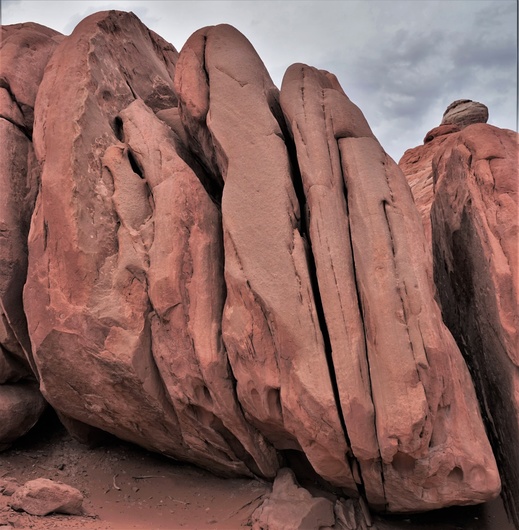 Not only that, but if you mostly shoot still subjects, the a7RII, with the same sensor, delivers 95% of the MkIII's IQ at a bargain-basement price.

I agree, and shoot with the A7RII. However, I do pine for the mark III when it comes to focus, battery life and speed. Even coming from the A7II, the A7RII is just a little too slow when it comes to write speeds.